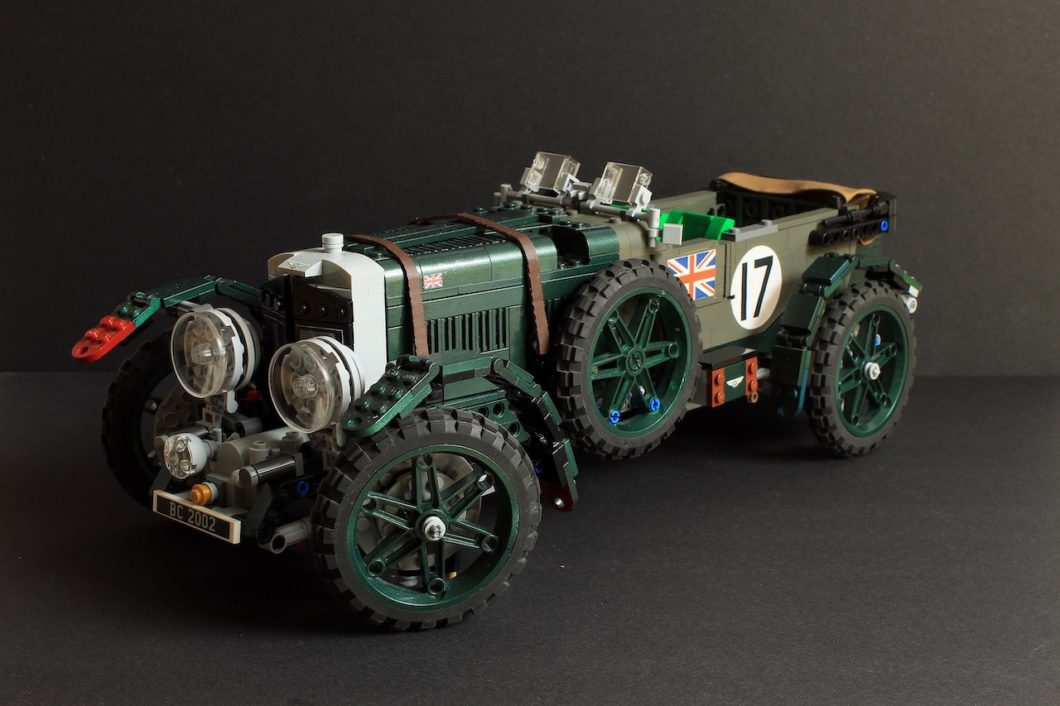 Lego is one of the all time great toys. It spurs the imagination and unleashes a creativity that no other toy can. If you put you mind to to it you can build literally anything, from majestic castles to planes, galactic battleships and of course cars. Over the past few years we have seen the release of stunning builds such as the Bugatti Chiron and the Porsche 911 Lego cars. And now there is one very exciting project that has created what is perhaps the ultimate vintage Lego car… a Lego Bentley Blower. The brainchild of Ben Croot, his dream is to see his creation become a real Lego set, but he needs your help for that dream to happen.

The legendary 4½-litre 1927-31 Bentley ‘Blower’ needs little introduction really. It is the most famous of all the racing Bentley’s, the creation of Sir Tim Birkin who by the mid 1920s, had found that his 3.0 Litre race cars needed more power. He approached W.O. Bentley with the idea of supercharging the engine to increase power. Bentley did not agree with this method, believing the way forward was to increase the engine capacity and considered supercharging not appropriate for Bentley’s. Undeterred, Birkin set about commissioning his own car and so the Bentley Blower was born. His creation resulted in a Bentley 4.5-litre winning Le Mans in 1928 and the Blowers would go down in history as one of the all time great competition and endurance racers.

Lego enthusiast Ben began his Lego Bentley Blower project back in August 2018. He wanted to create an accurate recreation of the famous 1930 Bentley Blower and bring the vintage race car to life, in a way that only Lego bricks can. It combines traditional Lego and Technics components and features lots of brilliant vintage details and moving/removable parts.

“Its taken me around eight months of on and off progress to complete” said Ben. “I’ve spent countless hours redesigning every part over and over again, from rebuilding the entire chassis to the small details on the engine in order to recreate the most accurate representation I possibly could.”

Ben started out building a prototype model which he used to evaluate what parts he needed to complete the build. Once he knew what he needed, he ordered the parts and began assembly, spraying some of the Lego components dark racing green and camouflage green to achieve the right looks. “Accuracy and detail have definitely been the key factors throughout the project” adds Ben.

Speaking of detail, it is often difficult to incorporate working or moving parts in Lego builds. However Ben was determined to ensure that one important function worked on the car. Not the Supercharger of course, but the steering wheel.

It is this attention to detail that makes Ben’s creation so impressive. One glance at his Lego project and you can tell it is a Bentley Blower. From the colours to the decals, the large headlights, the spoke wheels and the bonnet straps… it sure is a Bentley Blower! And when you see it you want to build it for yourself. Which is where your help is needed for Ben’s project.

In order for Ben’s dream to become reality, his Lego Bentley Blower project needs 10,000 votes from the general public in order to become a real Lego set. Right now, at the time of writing, the vote count is 6,212 which is an impressive achievement. But he needs to hit that magic 10,000 number. So your vote is needed to help Ben reach his goal.

“The journey I’ve been on to gather 6,000 votes has only been possible through the help and enthusiasm of amazing people. The finish line of 10,000 supporters is in sight, so please vote now to help make my dream come true.”