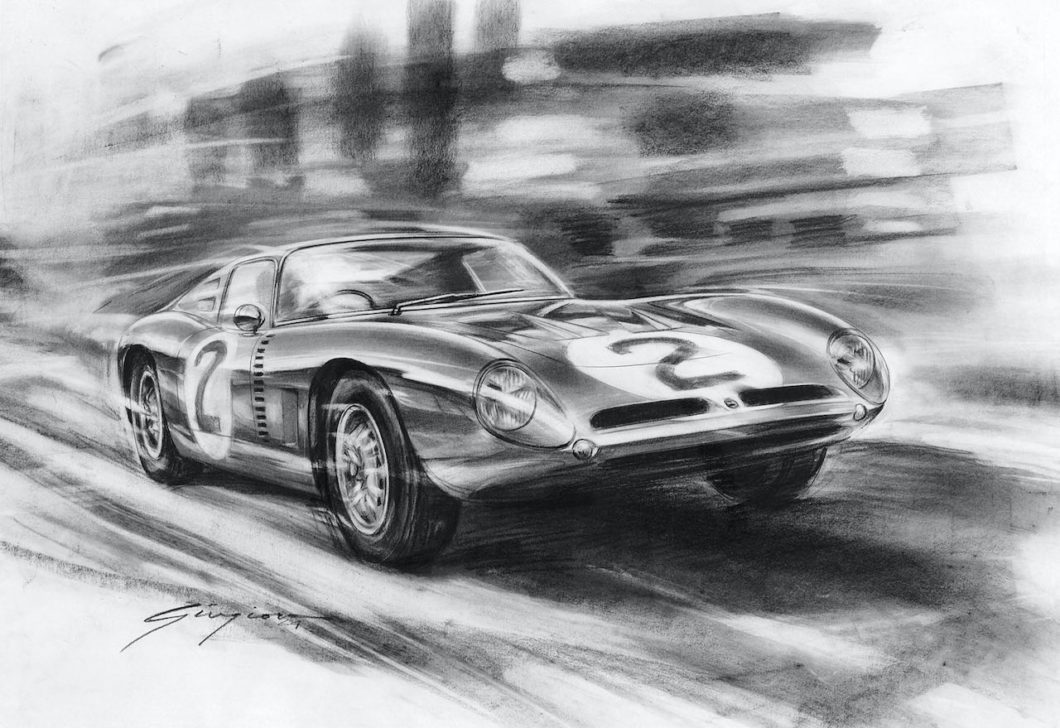 The legendary Italian racing car marque Bizzarrini is to return with the announcement of the Revival Series. This exciting venture will mark a new chapter in Bizzarrini’s history with a re-birth of the car that crystallised the company’s legacy, the 5300 GT. No more than 24 examples of the 5300 GT Revival Corsa will be created and hand-built by an experienced team of craftspeople.

Developed as a high-performance variant of the Bizzarrini engineered A3C, the 5300 GT was designed by Giorgetto Giugiaro with refinements by Piero Drogo of Carrozzeria Sports Cars. Incorporating a tried and tested V8 engine, the 5300 GT was light, fast and reliable. Famed for its performance in the 1965 Le Mans 24 Hour Race, perhaps the most legendary 5300 GT is chassis 0222.

That summer, French racing drivers Regis Fraissinet and Jean de Mortemart took the over 5-litre class win at Le Mans, finishing ninth overall. Not only did Chassis 0222 run the race at an average speed of 169km/h, Giotto Bizzarrini himself then drove the car back home to Northern Italy immediately after the race.

The 5300 GT Revival Corsa 24/65 encapsulates the spirit of a bygone age of high-performance race cars, and the thin line that Bizzarrini drove between road and track. Each car in the new series will be hand-built, with a lightweight composite body, as was the original car, over a light tubular steel frame. Inside, the two seats are protected by a race-grade roll bar and safety fuel cell; the car can be designed to meet FIA Specifications.

The 5300 GT was also remarkable for its beauty. Throughout Giotto Bizzarrini’s career and the history of the marque that bears his name, emphasis was placed on engineering excellence, race car performance and beautiful design that married the two into a cohesive, inspirational whole. Impossibly low and voluptuous, with a rear screen that was practically horizontal, the 5300 GT’s cockpit was set within the flowing curves that extended from the faired-in headlights through to the pared back rear end. The bodywork is only broken by the deep vents for the engine and brakes, and the distinctively minimal twin front vents gives the car a characteristic face.

While the 5300 GT Revival Corsa marks the beginning of the Bizzarrini revival, the marque’s stable will soon be joined by another car, a unique contemporary machine that combines the talents of two of the most famous names in Italian automotive history, Giotto Bizzarrini and Giorgetto Giugiaro. Giugiaro, the author of the legendary 5300 GT – not to mention countless other iconic car designs – will shape a new Bizzarrini for a new era.

The Bizzarrini project is a superlative high-performance sports car designed to honour its founder’s commitment to engineering excellence, pure forms and true automotive artistry. Powered by an iconic internal combustion engine, it is traditional at heart but timeless in its vision. Thanks to this historic reconnection with Giugiaro, Bizzarrini will once again become a byword for innovation, passion and truly beautiful design.