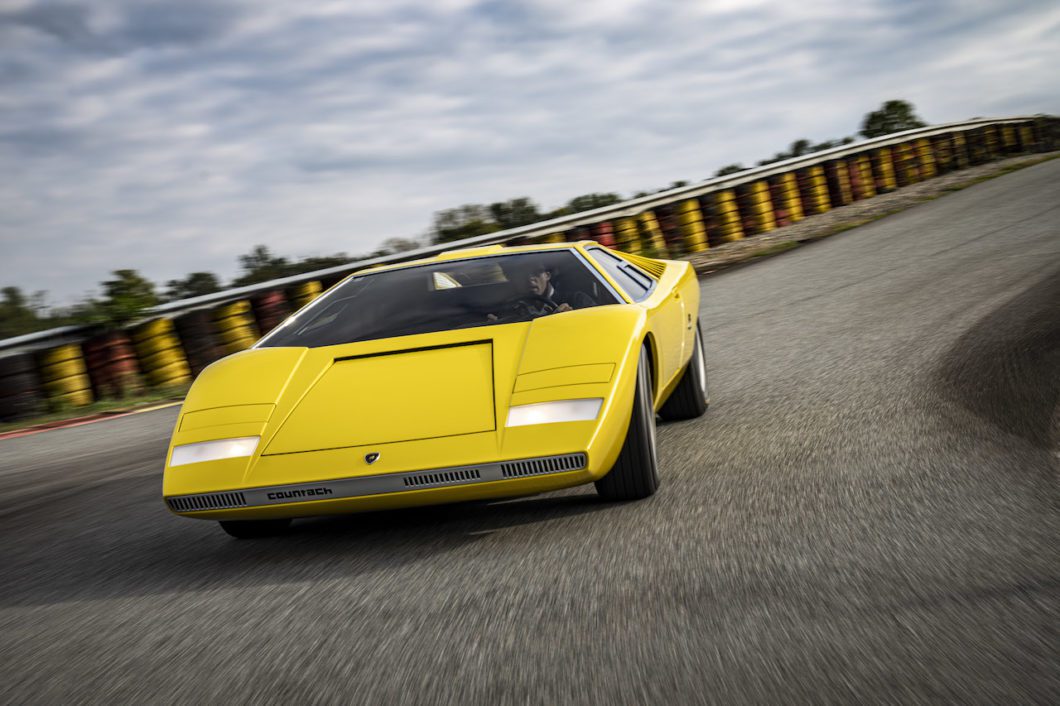 Lamborghini have announced that the recreated Lamborghini Countach LP 500 prototype has officially gone on display at the MUDETEC Museum in Sant’Agata Bolognese. The recreation of the original prototype, which was first revealed by Lamborghini earlier this month, had its public debut at the prestigious Concorso d’Eleganza Villa d’Este in October.

The recreated prototype was the brainchild of one of Lamborghini’s customers, Albert Speiss, who approached the firm with the idea of remaking the lost prototype. The original Countach LP 500 prototype was destroyed in a MIRA crash test in 1974, an unfortunate but necessary sacrifice carried out in order to sell the supercar in the UK.

As a result an important piece of the Countach’s history was lost and it was this missing piece of the jigsaw that prompted noted Lamborghini collector Speiss to recreate it. The Countach LP 500 was his dream car and he set about convincing Lamborghini to build it for him. The end result required over 25,000 hours of work and was a fastidious recreation of the original prototype.

The now reconstructed Countach LP 500 was also the headliner on the 9th October at the “Countach LP 500: The Shakedown” event at the Vizzola Ticino racetrack, in the presence of the collector who commissioned the reconstruction and the suppliers who participated in its creation.

As part of the collaboration with Automobili Lamborghini, Pirelli made available its Vizzola Ticino circuit where Lambroghini’s Polo Storico division, after the 25,000 hours of work required for the reconstruction, had the opportunity to test the LP 500 before its official presentation at Villa d’Este: similar to the testing done on the road to validate restoration work on Lamborghini classic cars before they are returned to their owners. The track location was also chosen to officially present the car to the collector, allowing him to experience the emotion of a few laps around the circuit.

Giuliano Cassataro, Head of Service and Polo Storico, commented, “The tests and the shakedown on the track confirmed that the Countach LP 500, as well as being beautiful, is also functional, and the larger size of its tires compared to those of the standard LP 400 (40 millimeters more at the front and 50 at the rear) gives the car an attractive and well-proportioned aesthetic, which makes it still very modern even half a century on from its original debut.”

“We felt it was important to celebrate it together with the customer, and also to share the excitement of seeing it in motion with the suppliers who invested so many hours of work in its creation”.

The LP 500 is now on display through November 15 to be admired in person at the MUDETEC Museum in Sant’Agata Bolognese. The bare tubular chassis of an LP 400, the second production LP 400, and a 5000 Quattrovalvole will join the first Countach prototype. The display promises the visitor a visceral journey through history and discovery and marks the incredible fifty years of history attached to this legendary Lamborghini supercar.