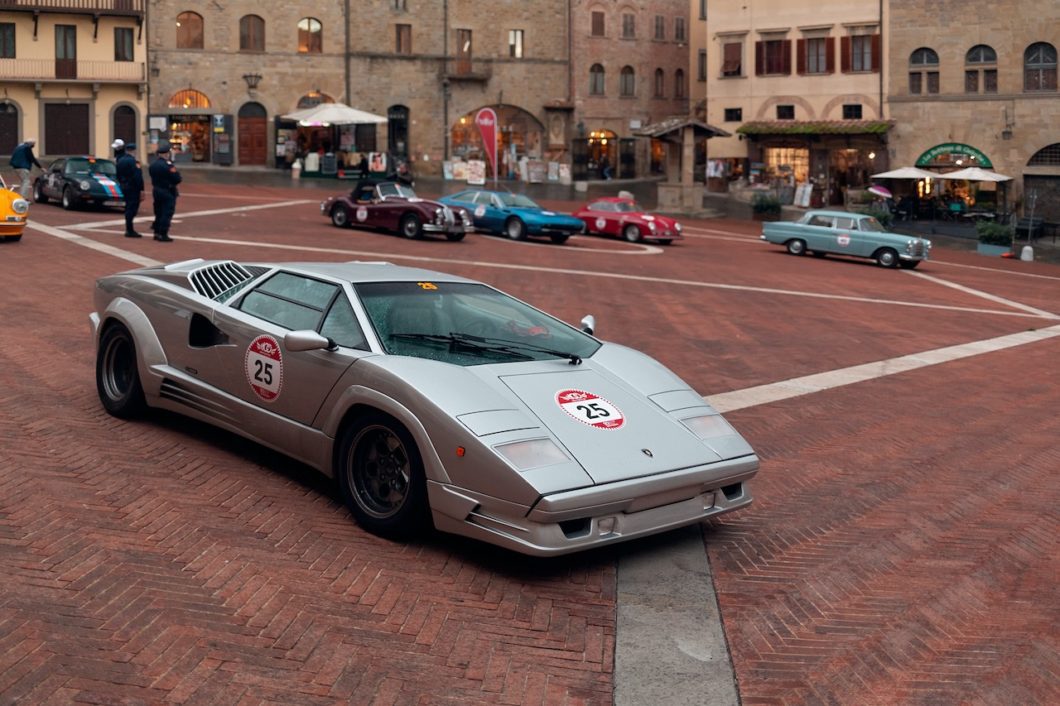 Automobili Lamborghini took part in the 2020 Modena Cento Ore with two cars from its MUDETEC museum: a Jarama GTS and a Countach 25th Anniversary. Considered one of the most dynamic and exciting events in the classic car calendar, this year the event celebrated its 20th anniversary with a special route running from Rome to Modena.

The four day historic tour started on the 11th October in Rome with a series of special stages that ended in Perugia. On Day 2 drivers set off from Perugia through breathtaking countryside, taking in the cities of Arezzo and Florence. Day 3 saw the convoy of historic cars make its way to Autodromo del Mugello before arriving in the heart of Florence itself. The final leg of the 2020 Modena Cento Ore on the 15th October saw drivers and their cars depart Florence and after a day of spirited racing, the tour arrived in Modena for dinner and the awards ceremony.

The 1990 Countach 25th Anniversary is very important historically, as it was the last one to leave the production lines. Still with its original Argento Luna (metallic silver) paintwork and grey interior, the Countach had a special driver behind the wheel: Emanuele Pirro, multiple world champion in the Turismo category, five-time winner of the 24 Hours of Le Mans, and two-time winner of the 12 Hours of Sebring.

“I’d never driven a Countach before,” Pirro explained, “and I fell in love with it. It is powerful with pure sensations, never filtered by electronic aids or even by common accessories such as power steering, and above all fast.

“Surprisingly, it is also comfortable, and although it has a fixed set-up, it certainly cannot be described as rigid. Being behind the wheel of a piece of motoring history was a memorable experience.”

The second Lamborghini competing was the 1973 Jarama GTS, driven by Gerald Kahlke, Head of Communication of Automobili Lamborghini. The car is a Tahiti Blue model with natural leather interiors: a fast and comfortable car, it is an example of the perfect grand tourer of the 1970s, celebrating its 50th anniversary this year.

After 1,000 kilometers, alternating “special tests” on the routes of the most famous uphill races of the time (closed to traffic) and laps on three racetracks (Autodromo dell’Umbria in Magione, Mugello Circuit, and Autodromo Enzo e Dino Ferrari in Imola), the two Lamborghinis finished the race in Modena in excellent condition, demonstrating great reliability and safety.

Lamborghini celebrates the 50th Anniversary of the Jarama GT