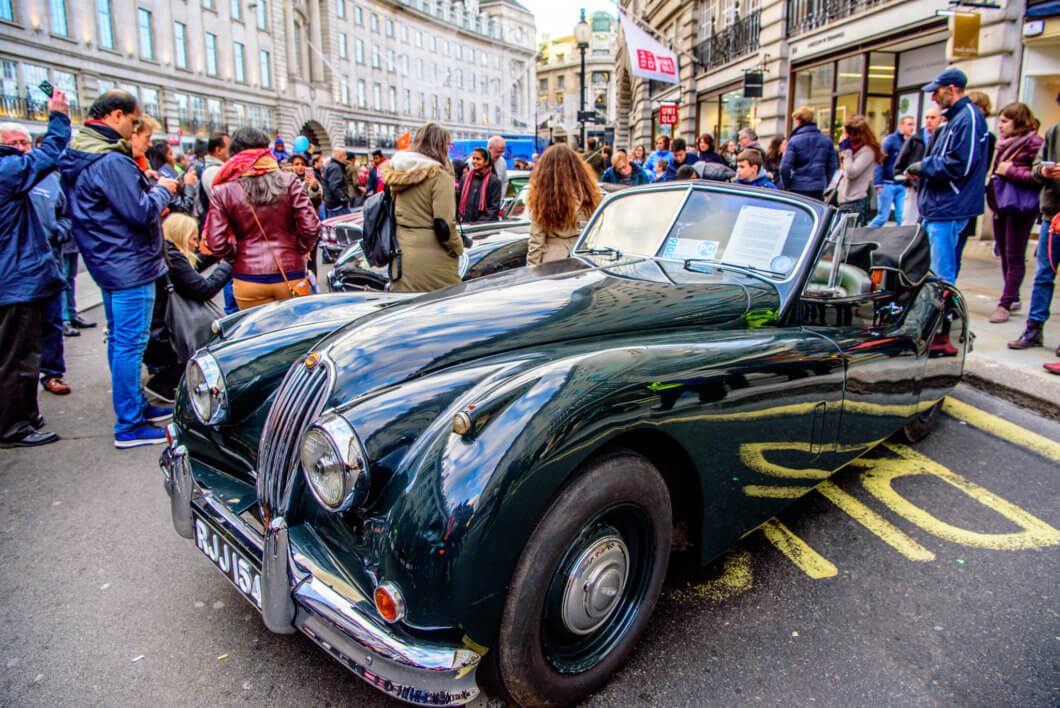 A pride of prowling Jaguars will be one of the many highlights at next month’s Illinois Route 66 Regent Street Motor Show in central London on Saturday 3 November.

The presence of iconic models from one of Britain’s most loved automotive marques is sure to be a huge crowd-pleaser at the country’s most popular free-to-view motor show, a Royal Automobile Club event which last year drew more than half a million visitors to the capital’s famous thoroughfare, pedestrianised between Piccadilly and Oxford Circuses.

Organised by the ever-enthusiastic Jaguar Drivers’ Club, the special display will showcase some major milestones in Jaguar’s illustrious history with an eye-catching collection of the company’s significant models from bygone eras.

It is exactly 70 years since the seminal XK120 sportscar was first launched at the British Motor Show at Earl’s Court – just a stone’s throw from Regent Street. With an affordable price tag, stunning drop-top styling plus Jaguar’s all-new six-cylinder engine endowing the two-seater roadster with a fantastic turn of speed, the trailblazing XK120 put Jaguar on the world map.

It was clearly a busy year for the Coventry Cats at the famous Browns Lane factory as the Mark V was also introduced at Earl’s Court in 1948 – a four-door executive saloon which immediately proved popular with businessmen and even heads of state. Like the XK120, it similarly boasted a sporting pedigree, notably when scoring a Monte Carlo Rally podium in 1951.

Dazzling examples of both septuagenarians will be on Regent Street to mark their respective sapphire anniversaries, where they will be rubbing bumpers with a number of XJ saloons. First unveiled 50 years ago in 1968, the XJ has been Jaguar’s flagship model for the past five decades, offering a wonderful mix of performance, space, style and luxury. Models illustrating the XJ’s long-running evolution will add yet another head-turning dimension to this very special showcase.

Now firmly established as one of the must-attend highlights on the calendars of both car fans and Londoners, the esteemed Illinois Route 66 Regent Street Motor Show takes place on the eve of the annual Bonhams London to Brighton Veteran Car Run supported by Hiscox and provides visitors with the rare opportunity to see the full kaleidoscope of automotive history.

From the dawn of motoring, the show includes more than 100 of the remarkable pre-1905 horseless carriages as they prepare for their pilgrimage from capital to coast. Adding to the pageant, many of the drivers and passengers appear in period dress. The presence of the Jaguar anniversary collection will be one of the many features on the closed street, bringing the motoring story more up-to-date. Others include state-of-the-art electric cars from Renault, a display of modern day supercars and the latest motorbikes from Triumph.

The Illinois Route 66 Regent Street Motor Show – open from 10:30 to 16:00 – is a key event in the week-long London Motor Week run by the Royal Automobile Club.