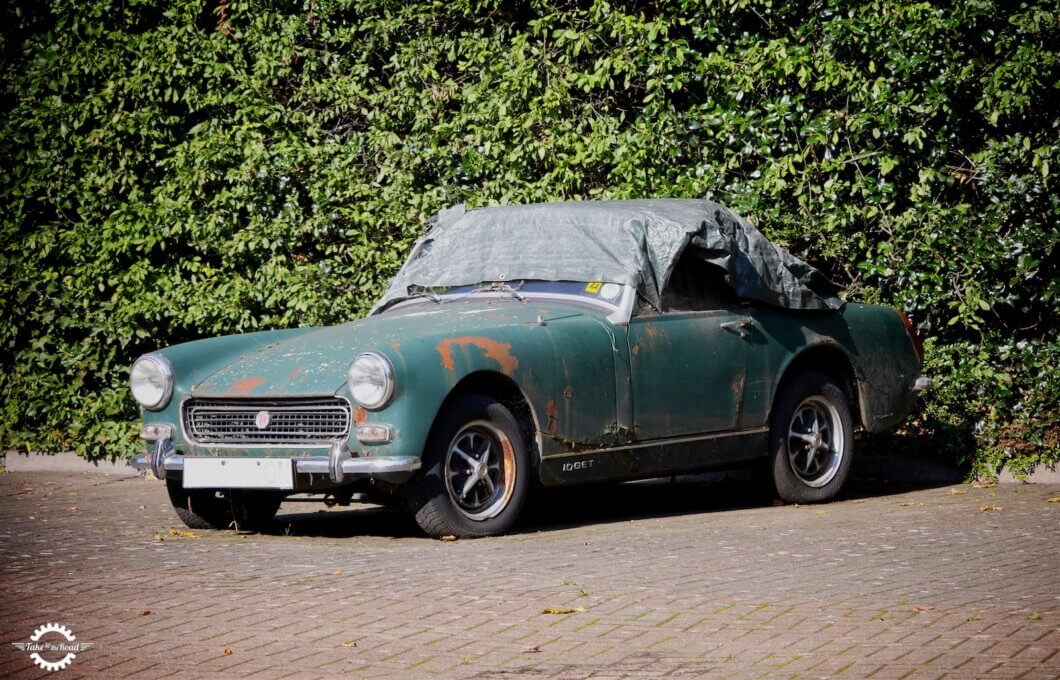 Hearing the words ‘scrap’ and ‘classic car’ in the same sentence is enough to give most of us sleepless nights – but, no matter how much we don’t want to think about it, it’s worth considering whether there’s ever a right time for a classic to arrive at the not-so-pearly gates outside a dismantler’s yard.

Is scrapping a classic car giving up?

Sometimes, there just aren’t the hours in the day or funds in the bank to make your project happen. If you’ve ever found extensive rot where you expected steel – or realised that you’re going to need to chip into your retirement fund to recreate age-old subframes, then you’ll know what this disappointment feels like. Occasionally, classics unexpectedly drop us in at the deep-end – way, way out of our depth.

Of course, there’s always someone who’s willing to go those extra miles – but if life doesn’t allow for years of work and a never-ending cheque book to source parts, then it’s sometimes better to put your quality of life first, rather than having a never-say-die attitude that makes your garage your home for the next decade.

Still, being over-faced by a project doesn’t mean you need to start thinking about the car being crushed – so, what are the options?

If there’s one thing that we can be certain of as classic car fans – it’s that there’s always one of us who’s got the grit and resources to make even the most extreme restoration happen. This makes selling your project the obvious first choice – and, if you can find a good home for your project, you might get the slightly bittersweet satisfaction of seeing it on the road again further down the line.

If you’ve got the time, there’s a real ray of light that comes with admitting defeat on a project – and that’s breaking the car and selling it as parts. If you do, you’re likely to be helping dozens of others with their own fraught restorations.

The trouble is, you’ve got to be willing to sit on parts for a considerable amount of time – especially if there’s a relatively small market for the bits you’re hoping to move on. Sooner or later, someone’s going to get bored of trying to negotiate getting the lawnmower out from behind that increasingly scuffed Opel Kadett rear bench seat – so, it’s not uncommon for disillusioned donors to end up throwing away perfectly workable parts that just can’t find a new home.

If you’ve got the space to hold on to parts – and plenty of places to keep advertising them, then breaking and selling your project is a good option – but it’s not for everyone.

If finding a new home for your project or parts just doesn’t look feasible, then it might be time to start thinking about scrap dealers. Don’t worry though, with an increasing number of good online scrapping services, dealing with a scrap yard might not be the death of the car you’d expect it to be.

For instance, the scrap comparison service on Car.co.uk doesn’t just offer the first price they find – instead, they’ll offer your car to a UK-wide network of dealers who can then bid accordingly. In most instances, this will see specialist vehicles going to specialist dismantlers – usually for far more than just scrap value.

When your classic lands with the dismantler, it’ll be stripped down to its component parts, and, where possible, those parts will find new homes with other enthusiasts – and there’s no need for steering columns and wings to be taking up room in your loft for years.

The bright side of scrapping a classic car

Will it ever feel good waving a classic off to be dismantled? Probably not. That said, the whole experience is far easier to stomach knowing that your project won’t just end up crushed and forgotten about.

It’s always good to pass your car on to someone who’ll revive it – but, when that’s not possible, a new era of scrapping services means your car will probably live on under the bonnet of dozens of other classics that will continue to grace our roads for years to come…