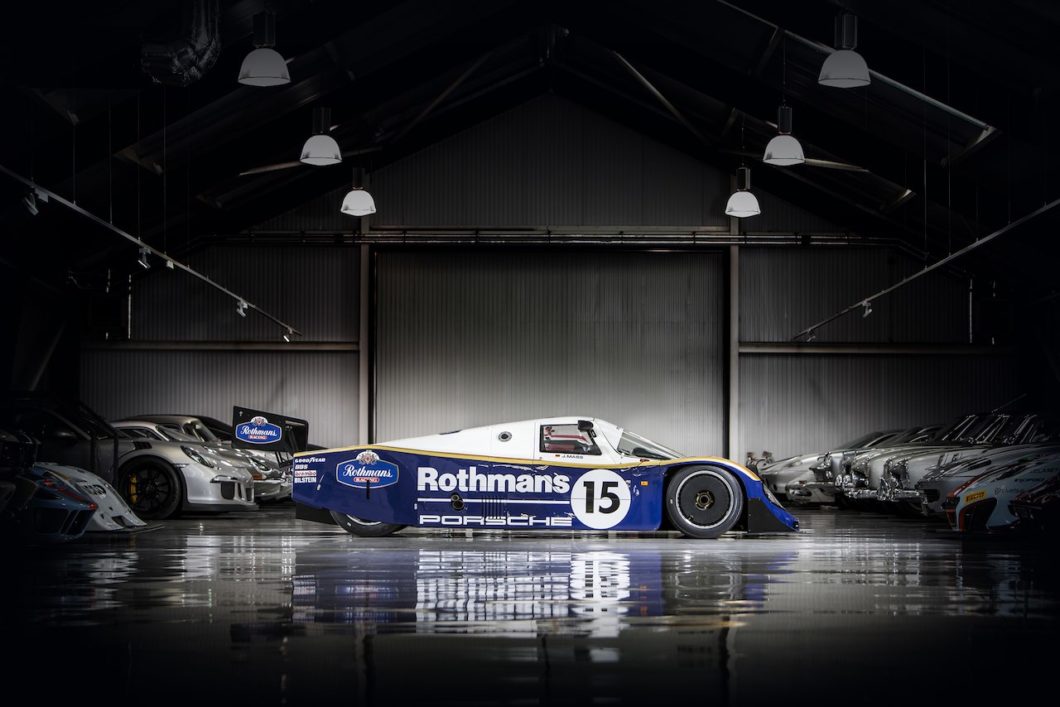 An incredible collection of iconic race cars have been confirmed for this years Gulf Historic Dubai Grand Prix Revival, which takes place from 25th – 27th November 2022.

Over one hundred of the world’s most celebrated racing cars are set to line up on the grid for the second event this winter, with the very first cars now confirmed before the lights go out on the first race in November.

The spectacular 1986 Rothmans Porsche 962 is set to grace the grid at this year’s event. With a rich heritage, the car is no stranger to pushing boundaries and winning sports car races.

Later that year, Palmer pushed the 962 to set a new sports car lap record at the Circuit of Spa-Francorchamps. A car with a pedigree for success, 1989 Le-Mans champion Jochen Mass piloted the 962 to victory in the 1987 Kyalami 500 exhibition race.

The road going Aston Martin DB9, featured in the renowned 2006 James Bond film, Casino Royale. A stripped-down, GT version of the car – the DBR9 – was a force to be reckoned with on the racetrack.

Weighing over a ton less and boasting three hundred more horsepower than its production counterpart, the Aston Martin DBR9 will take pride of place at the Dubai Autodrome this November.

Numbered 007 and paying homage to Bond, the 2006 Aston Martin DBR9’s sister car 009 went on to win two GT1 class wins at the 24 Hours of Le Mans by the factory Aston Martin Racing team.

Another motorsport icon taking to the grid at this years Gulf Historic Dubai Grand Prix Revival is the 1974 Shadow DN3, which will race in the 1970s category of F1 cars.

Driven by Jean-Pierre Jarier, it finished on the podium at both the 1974 Monaco Grand Prix and the International Trophy at Silverstone.

The Ferrari 643 competed in the 1991 F1 season. Powered by a loud, naturally aspirated V12, this thoroughbred Prancing Horse racer was raced by four-time F1 champion Alain Prost and is gearing up for the Duel in the Desert.

‘The Professor’ held the record for the highest number of Grands Prix victories, until being beaten by F1 legend Michael Schumacher in 2001.

Commenting on the build up to the Gulf Historic Dubai Grand Prix Revival 2022, Pierre-Brice Mena, Managing Director of GP Extreme said: “This year’s event is set to host so many different aspects of top tier motorsport, from endurance sports cars through to F1. Seven months out, we already have some great motorsport content confirmed with plenty more to come.”

“We are establishing a unique lifestyle and sports event to add to a bustling and exciting period for the region at the end of this year and we will ensure that there is something for everyone at the 2022 Gulf Historic Dubai Grand Prix Revival.”

The event will take place at the 5.4km-long Dubai Autodrome, which has hosted rounds of the FIA GT Championship, European Touring Car Championship, A1 Grand Prix and GP2 Asia Series since 2004.

The immersive weekend is set to include activities for all the family, including music, a classic car concours, a bicycle race around the track for competing drivers, and a gala dinner.