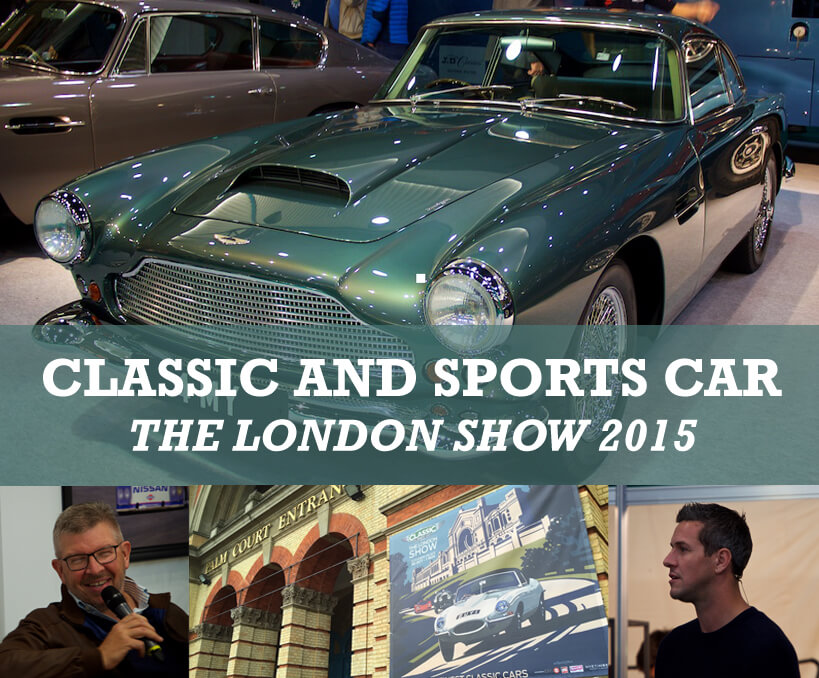 On Friday we paid a visit to the inaugural Classic and Sports Car The London Show at Alexandra Palace in north west London. The setting was suitably grand for the UK based magazines first ever London classic car show and there was an equally grand and impressive selection of cars on display. Some of the UK’s top classic cars dealers were present and were offering everything from classic Ferrari’s to Maserati’s and Aston Martin’s.

The highlight of the event for us was getting to meet former Ferrari F1 Team Principle and former owner of Brawn F1, Ross Brawn. He took part in a live interview on the shows interview stage and later signed copies of a new book about the 1960 Ferrari 250 GT SWB he has owned for the past five years.

Once driven by Sir Stirling Moss, the book documents the cars racing history right up to the present day. We decided to splash out and get a copy for ourselves and were lucky to get it signed by Ross himself. So it was well worth the trip to Ally Pally. He also actually mentioned in his interview that he recently took the 250 down to the shops which caused a bit of a stir. Not sure we’d be brave enough to do that in a car worth many millions!

Another highlight of the show was seeing co-presenter of the TV show “For the Love of Cars” Ant Anstead. His interview on the stage was very entertaining, especially when he was pressed on who his favorite Top Gear presenter was. Guess we’ll have to wait for the official announcement!

Overall we think the show was a great success, we hope it returns next year and we hope it stays at Alexandra Palace as it is a wonderful venue for the event.