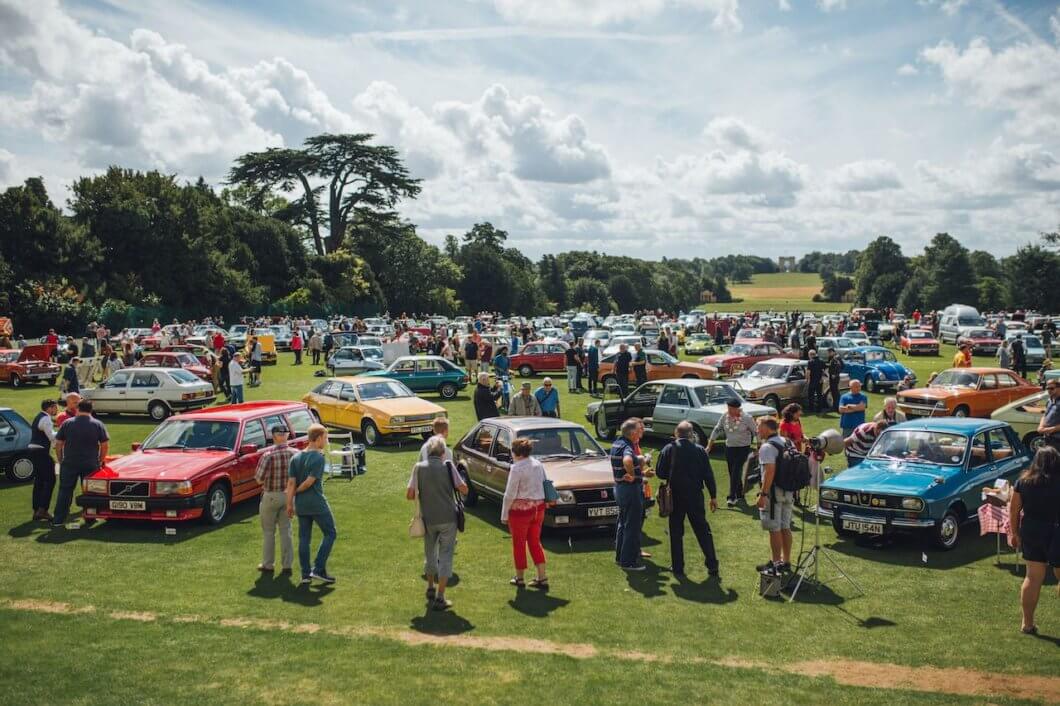 Regarded as one of the must-attend car events of the year, the 2020 Hagerty Festival of the Unexceptional was scheduled to take place this coming Saturday at Grimsthorpe Castle in Lincolnshire, but sadly the event had to be postponed due to Coronavirus restrictions.

To the untrained eye, the automotive exhibits celebrated at Festival Of The Unexceptional may seem a little normal. While unexceptional is our name the reality is anything but, with many unexceptional-class cars being rarer on UK roads than the latest Italian supercar.

To celebrate what might have been, long-standing Festival Of The Unexceptional Judge Sam Skelton takes a look at some of the finest mundane rarities to have graced the lawns of Festival over the past 6-years.

Rather than celebrate his all-time top ten Festival cars (there are too many suitable candidates) Sam has selected his favourite cars that didn’t win a prize as, quite frankly, there are just too many potential winners to award prizes to all.

The car that won the very first Festival was a Nissan Cherry Europe owned by Eddie Rattley. A standard Cherry Europe is rare enough, but this, remarkably, was a GTi. Sam recalls a discussion around the open bonnet of the Nissan as Eddie outlined to judges which bits of his classic differed from the Japanese Cherry N12. The Europe was the Nissan branded version of the Alfa Romeo Arna, with much under the skin drawn from the Alfasud. Driving one was an experience – you can feel the Italian heritage, and yet its innocuous shape and dwindling numbers make it an Unexceptional hero.

Guy Maylam and his Chrysler Alpine GL receive a notable mention. Guy scoured the land for the parts he needed to revive this rare family classic – sourcing the last remaining original seat fabric from France to ensure the car was restored to perfection. That attention to detail marked the Alpine out as special even among a field of equally rare delights.

Jonathan Papworth was another case in point. His Morris ‘Marina’ 575 pickup had been in the family since new, and he recalls going with his uncle to collect it from the dealer. Jonathan is a potato farmer, and his uncle was a farmer too. You’d expect a pickup bought as a working farm vehicle to look down-at-heel – yet his incredibly tidy example has never been restored and is in a condition which belies its true use.

The Morris won the overall prize in 2016 and it perhaps sums up the event better than any other. It was maligned when new and forgotten by most, a beast of burden that against the odds has made it to old age – and which should be celebrated as a result.

But to look back at the event in terms only of the prize winners is to miss some of the hidden treasures that only the FOTU can produce, and the event cannot be judged by its winners alone. The Festival of the Unexceptional stands as a motoring monument to those which come first only in the sepia glow of memory, so to do it justice we need to think about the cars which didn’t win too

Cars like the yellow Datsun K10 Micra, or the Rover 216 which had seen service on the Royal fleet, epitomise the spirit of the Festival Of The Unexceptional as much as the trophy winner. These cars tell their stories in mundane and relatable ways; for these are the cars we or our forebears may have driven in a dim and distant youth. Even the contents of car park, which one year played host to a row of three Hyundai Stellars, have their place in any considered review of Festivals gone by.

And the car that sums the event up best? The ‘doom blue’ MK2 Vauxhall Astra estate that took part on the 2018 event. This car is Nostalgia with a capital N to those who grew up in the ‘90s – the younger generation of enthusiasts which the hobby must attract to continue. These are the cars history has forgotten, once everywhere and now nowhere, the aspiration-free moments of motoring we look back upon with the greatest fondness.

If any potentially unexceptional car owners are considering entering the 2021 Festival, Sam offers a few guidelines as to the cars that should rate highly. Judges avoid the mainstream, Sam advises, and swerve the aspirational.

Sam has also compiled a guide to preparing a car to win the Festival of the Unexceptional, ranging from entering a car with a great story (to tug at the judges heart strings) to ensuring you avoid the heady heights of the Ghia models and search for the Popular trim level instead (the judges love base models).

The full list of Sam’s top tips can be found here.  Festival of the Unexceptional will be back in July 2021. More information will follow soon at www.unexceptionalcars.com

Please note there is currently an issue viewing images on this site using Safari and iOS web browsers. Images appear broken. This doesn't affect Chrome of Firefox web browsers however. We are aware of the issue and are working to find a solution. Apologies for the inconvenience.