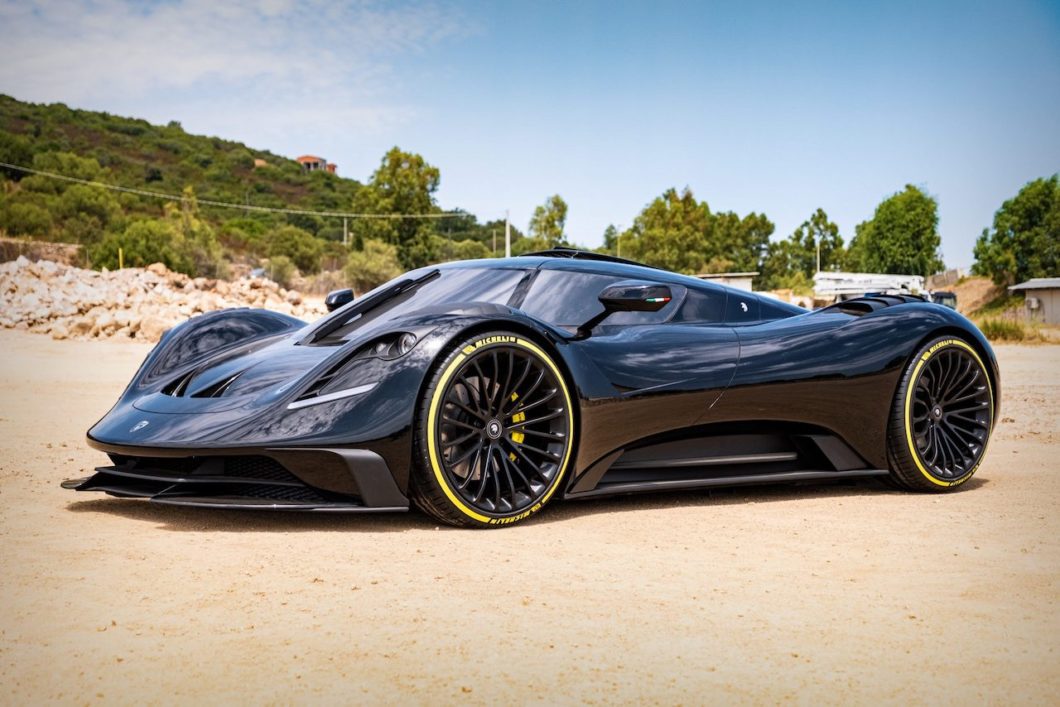 More than 20 new models will make their debut at Blenheim Palace next week for Salon Privé 2020. World, European and UK premieres from Bentley, Touring Superleggera, Bugatti, plus a sensational new generation of hypercars will be unveiled. Italian coachbuilders will also turn on the style with their latest designs.

As well as showcasing iconic machinery from decades past, this year’s Salon Privé will offer a glimpse of motoring’s future by hosting more than 20 new-model debuts in the pristine grounds of Blenheim Palace.

Bentley will be hosting a trio of global premieres courtesy of its in-house bespoke and personal commissioning division – Bentley Mulliner. All three of its portfolios will be represented together for the first time ever at Salon Privé. The Classic division will be unveiling the stunning result of its 12-month restoration of Bentley’s own ‘Blower’, while the Coachbuilt division is set to give its first car – the Bentley Mulliner Bacalar – its public debut. Just 12 examples of this striking, limited-edition model will be hand-built according to the individual customer’s personal tastes.

The third branch of the business – Bentley Mulliner Collections – offers customers pinnacle luxury derivatives of the core Bentley range, and its brand-new Continental GT Mulliner coupé will be making its global debut at Salon Privé. Exclusive features include a bespoke hand-crafted interior and a unique Double Diamond front grille, and it will be available to order from October, with deliveries starting early in 2021.

Legendary Italian styling house Touring Superleggera will also be giving a new design its world debut. The Aero3 is the third streamliner model in Touring’s recent line-up after the highly successful Disco Volante and Disco Volante Spyder, but the overall shape and construction are new. Drawing inspiration from the Touring-bodied Alfa 8C 2900 Le Mans Berlinetta, it is powered by a 6262cc V12 engine and only 15 will be built – each one to the customer’s personal instructions.

Danish hypercar manufacturer Zenvo is set to unveil its latest model to the world – the TSRS-1, its 1177bhp, carbon-bodied road-legal track car. It will be joined by another world premiere from Engler with the Superquad – a world first that weighs only 1100kg and is powered by an 1100bhp, 5.2-litre V10 engine.

The European debuts at Blenheim Palace cover a wide variety of performance cars, including the TDF1 from British brand Tour-de-Force, two next-generation hypercars, and even the remarkable PAL-V flying car.

Based on a Marussia or Sauber Formula One chassis and powered by a 600bhp turbocharged engine, the TDF1 has been engineered to give private owners the sensation of driving a modern Grand Prix car. Tushek’s 236mph TS-900, meanwhile, uses a combination of steel spaceframe and carbon fibre tub to make it as light as possible. It features a hybrid powertrain comprising a rear-mounted 4.2-litre V8 and a pair of electric motors that drive the front wheels.

The Aspark Owl is the first Japanese fully electric hypercar and can accelerate from 0-60mph in 1.62 seconds. Production of the lowline Owl will be limited to just 50 cars, with each one being fully customisable and built in Turin in collaboration with Manifattura Automobili Torino, which will also be at Blenheim Palace. Its New Stratos will be making its UK public debut – as will cars from some of the greatest names in automotive history.

Rolls-Royce will be displaying the new Ghost – the most technologically advanced model ever designed by the iconic marque. Based around a rigid aluminium spaceframe and powered by a 6.75-litre twin-turbo V12, it replaces the most successful product in the company’s 116-year history and reflects Sir Henry Royce’s famous edict to ‘Take the best that exists and make it better’.

Bugatti’s Chiron Super Sport 300+ prototype will be making its first UK public appearance since Le Mans winner Andy Wallace drove it to a new production-car speed record of 490.484kph (304.773mph) in August 2019. It will be joined at Salon Privé by the all-new Koenigsegg Gemera – the world’s first ‘mega GT’. Its name is derived from the Swedish words for ‘give more’, and the Gemera has been engineered to provide hypercar performance but with a spacious interior and cutting-edge technology. The result is a revolutionary new vehicle that can power four people and their luggage from 0-100kph in two seconds.

McLaren will showcase two of its most focused and advanced models. The 765LT, which is yet to be launched, is based on the 720S but is lighter, lower and features a more aggressive aerodynamics package, while the 620R is a road car developed from the 570S that’s been so successful in GT4 racing. The 620R is the last McLaren Sports Series model and at 225 units, one of the rarest McLarens ever made.

Few marques honour their heritage in such a unique manner as Morgan, which will be displaying its limited-run Plus Four 70th Anniversary Edition at Blenheim Palace. Only 20 will be built, and they mark not only 70 years of the Plus Four but also the end of steel-chassis production at the Malvern factory.

Finally, luxury Italian coachbuilder ARES DESIGN from Modena has chosen Salon Privé for the UK debut of no fewer than four hand-built vehicles. Its Bentley Mulsanne Coupé will be joined by the Panther ProgettoUno – the first model from its Legends Reborn programme, which blends the design of iconic classics with state-of-the-art technology. The V10-powered machine takes its inspiration from the De Tomaso Pantera of the 1970s.

A pair of ARES two-wheelers – the Café Racer and Scrambler – complete its line-up, and the company will also be displaying a full-scale model of its brand-new S1 Project supercar. This will be the first car wholly designed by ARES, and production – which is due to start in January 2021 – will be limited to just 24 units.

Salon Privé Director David Bagley said: “We’re exceptionally proud that so many manufacturers have chosen the magnificent surroundings of Blenheim Palace in which to debut their latest models. We can’t wait to give our guests the first opportunity to see these exciting new cars, which will perfectly complement the legendary classics that will also be on display. It’s a rare opportunity to appreciate the past, present and future of automotive design.”