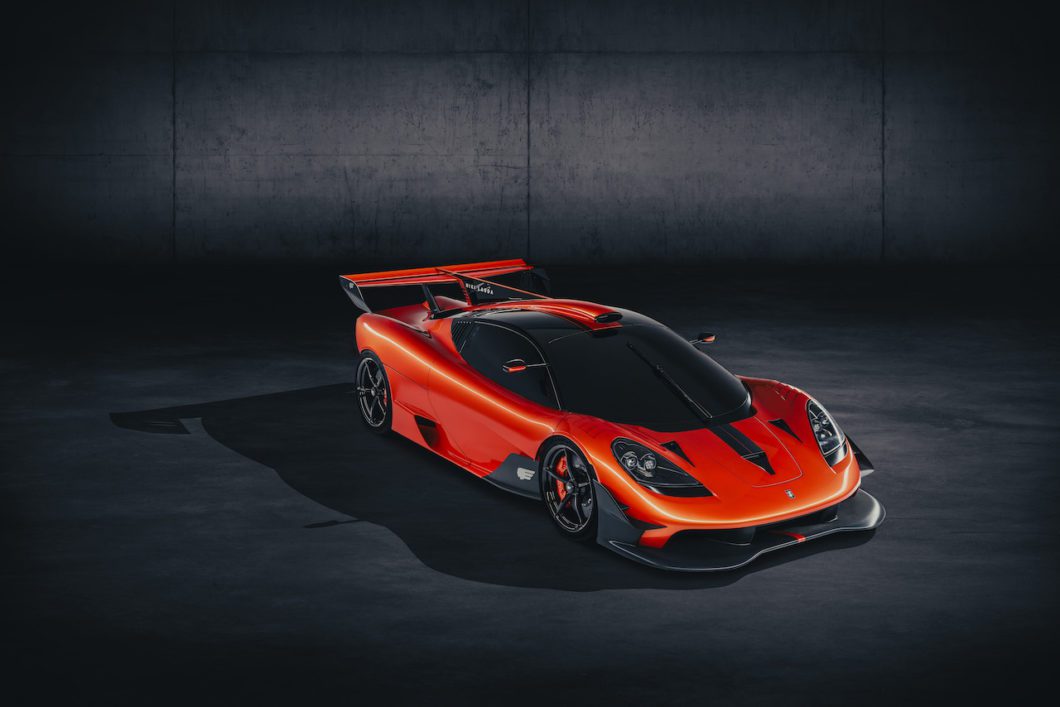 Gordon Murray Automotive has revealed the T.50s Niki Lauda, its new track-focused supercar for the first time. Developed in parallel with the T.50, described as being the most driver-centric supercar ever built, the T.50s Niki Lauda has been conceived, designed and engineered to offer the ultimate on-track driving experience.

The T.50s Niki Lauda has been named after legendary three-time Formula One World Champion, Niki Lauda. Speaking about the launch of the new super track car, Professor Gordon Murray CBE stated: “the T.50s is named in honour of Niki to commemorate his famous win with the Brabham BT46B fan car in the 1978 Swedish Grand Prix.”

“Niki was a great racing driver and he was also a good friend and it is absolutely fitting that we are launching the T.50s Niki Lauda on his birthday. Niki would have appreciated the innovation and engineering detail in our car.”

The Lauda family have also voiced their support for the project, adding: “we are proud that Gordon Murray Automotive has named its new car after Niki. He would have been extremely honoured to have been associated with a car designed and engineered by Gordon, with whom he had such a long association and friendship.”

Highlighting the historic motorsport connection, each of the 25 cars’ chassis will be individually named after one of Gordon Murray’s grand prix wins on different circuits. The first car will be designated Kyalami 1974 and further cars will be named after the 24 subsequent wins in chronological order. Each car will also come with a specially commissioned book about the race that it is named after, with Murray’s view and memories of the victory.

Like the T.50, the T.50s Niki Lauda has been designed and engineered without compromise, but with an even more extreme specification. It weighs just 852kg and will be powered by a substantially redesigned version of the T.50’s Cosworth-engineered 3.9-litre V12, producing 725bhp, revving to 12,100rpm and going through a newly-designed Xtrac six-speed paddle-shift gearbox. Advanced aerodynamics, aided by a 400mm rear-mounted fan, will produce up to 1500kg of downforce for optimum track performance.

Just 25 T.50s Niki Laudas will be made, costing £3.1m (before taxes). Production will start in January 2023 at Gordon Murray Automotive’s manufacturing centre in Dunsfold, Surrey, UK, after the run of 100 T.50 supercars is completed.

The Cosworth-designed 3.9-litre V12 engine is a dramatically different version of the engine that powers the T.50. It is even more powerful and faster-revving, delivering 711PS at 11,500rpm, on its way to a 12,100rpm rev-limit. At 178hp/litre, the specific power output of the T.50s Niki Lauda’s V12 exceeds that of the all-conquering Cosworth DFV Formula One engine. The power-to-weight ratio of 835PS/tonne betters that of a naturally aspirated LMP1 car.

The T.50s Niki Lauda’s engine is fed by a newly-designed, roof-mounted, high-performance RAM induction airbox (which can increase maximum power to 725bhp). The maximum torque figure is 485Nm, produced at 9,000rpm. A newly-developed, bespoke, straight-through exhaust system also takes the engine sound to a new level. Right through the rev-range it promises to be one of the greatest and most characterful sounding cars ever made.

The state-of-the-art V12 pushes the boundaries of engine design even further, with many new components. Changes include completely revised cylinder heads and camshafts, plus a higher compression ratio of 15:1.

Aerodynamics play an important part in the T.50s experience and the aero settings can be adjusted to suit its owner’s preferences, adding or removing downforce as required. To balance the car’s aero, the front diffusers are adjustable, as is a slotted flap on the rear wing. The high-speed balance can be further honed through changes to the car’s ride height.

In the optimum configuration, when a particular race circuit demands it, up to 1500kg of downforce will be achievable. However, the car’s aerodynamics have been carefully designed to ensure that the T.50s Niki Lauda’s performance remains accessible and exploitable regardless of the driver’s experience.

Driver comfort was also a high priority for Murray when designing the T.50s, which maintains the same spaciousness and visibility as the road car. This makes the T.50s Niki Lauda a uniquely usable track car, despite its incredible performance. It is also a two-seater with a fixed passenger seat to the left of the driver, complete with a four-point harness. The driver sits in the centre, offering the best driving position and an unhindered view of the track ahead.

“It was essential to me that the T.50s Niki Lauda is easy to live with and enjoy” stated Murrary. “You will own the car, you will be completely in control of where and when you enjoy it. My vision is that owners will take it to a circuit, check the tyre pressures, climb in, fire it up and have fun. That’s the way it should be.”