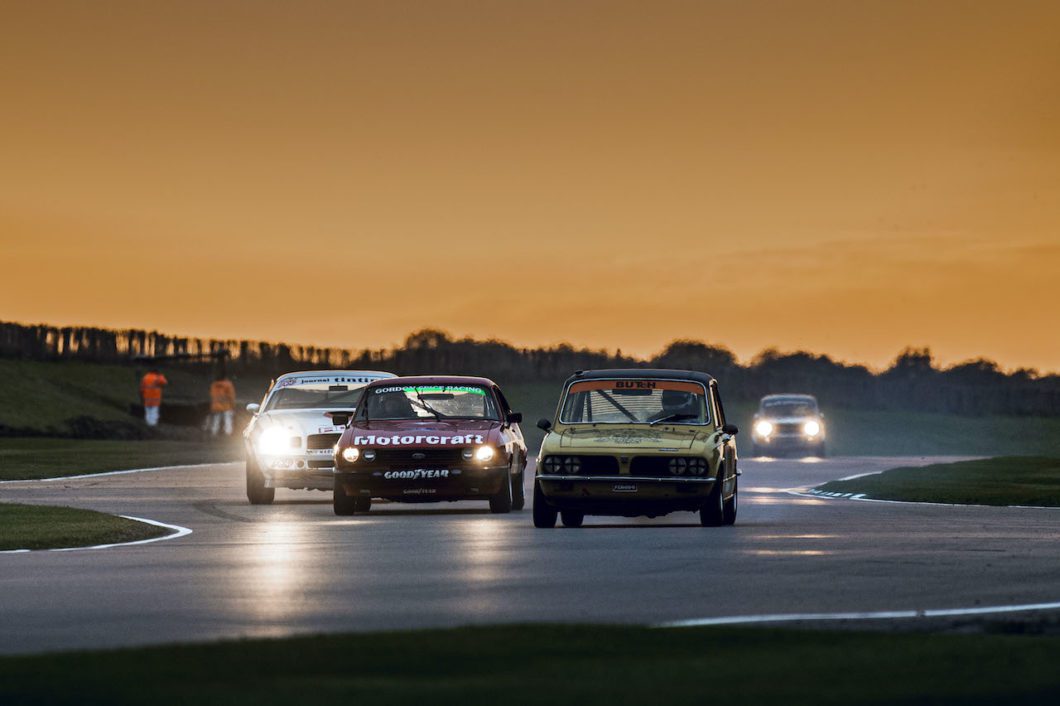 For three enchanting days, Goodwood SpeedWeek has captured the attention of the motoring world during a behind closed doors celebration of the past, present and future of the automobile. From Friday 16 to Sunday 18 October, this one-off spectacle has paid tribute to engineering excellence and future innovation with wheel-to-wheel racing and interactive entertainment for fans at home. Rolex’s support for motor sport began in the 1930s, and, since 2004, the brand has honoured automotive heritage at the Goodwood Revival; during this unprecedented year, Rolex is the Official Timepiece of Goodwood SpeedWeek.

“Throughout its history, Goodwood has played a very significant role in technological breakthroughs for race and road cars. The track has witnessed an array of motor sport series compete, as well as being used by manufacturers to test their latest models. Goodwood means a great deal to the automotive world,” said Rolex Testimonee and three-time FIA Formula 1 Drivers’ World Champion Sir Jackie Stewart.

Having taken part in a number of demonstrations during the event, Sir Jackie reflected: “Coming to Goodwood is always very special. What the Duke of Richmond and Gordon, along with his team, have done at Goodwood SpeedWeek this year is unique and a wonderful example of how to do things exceptionally well for the drivers, car owners and, most importantly, the spectators watching from home.”

This afternoon, in dry and mild autumnal conditions, the highly anticipated and never-to-be-repeated Shootout took place featuring legendary and renowned cars from 1970 to 2020. Nick Padmore, driving the 1989 Arrows-Ford A11, broke the Goodwood Motor Circuit official lap record which had previously been held by Sir Jackie Stewart and the late Jim Clark since 1965.

Competing throughout the weekend, and driving two cars during The Shootout, Rolex Testimonee and nine-time winner of the 24 Hours of Le Mans, Tom Kristensen said: “It’s been a privilege to be at Goodwood this year given the global circumstances.

I always love coming here and it was particularly special to drive my 1997 Le Mans winning Joest Porsche on a track for the first time since we won 23 years ago at Circuit de la Sarthe. SpeedWeek has embodied the ongoing evolution of motor racing and reminds us to always admire and celebrate the pioneers from across the eras.”

Throughout SpeedWeek, viewers from around the globe watched a variety of automotive displays, combining famous elements from Goodwood’s annual motor sport events. Popular races from the Revival ensured the history of the 1940s, 1950s and 1960s was remembered, while supercar runs and demonstrations from the Festival of Speed exhibited contemporary design, style and engineering.

With a focus on the rapid rate of development in Formula 1®, cars from every decade of the championship’s history took to Goodwood Motor Circuit for the first time to mark the sport’s 70th anniversary. In recognition of the influence of the automobile, the democratization of the car and the future of mobility were explored in a series of digital interviews and features, highlighting the importance of developing technology and expertise for the benefit of future generations.

As the event drew to a close, Rolex Testimonee and presenter of the Goodwood SpeedWeek broadcast, Mark Webber said: “The atmosphere and conditions have been fantastic. SpeedWeek has been a magical time capsule – the elegance of the vintage cars, as well as the diversity of machinery, never fails to amaze me.”

Reflecting on Rolex’s enduring support of classic automotive events, Webber continued: “Rolex’s relationship with Goodwood has spanned 16 years, and, this year, SpeedWeek has acknowledged the past, present and future of motor racing – showcasing ground-breaking technology, forward-thinking innovations and the icons of our sport. It is very fitting that Rolex is associated with such a brilliant celebration.”