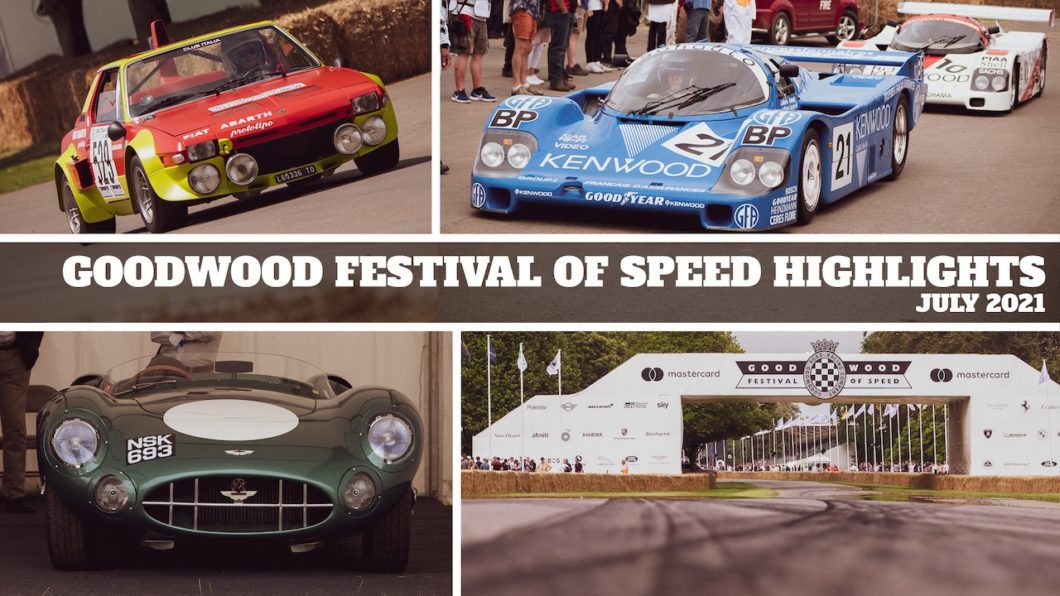 The 27th Festival of Speed made a triumphant return to Goodwood at the weekend, with the 4 day event welcoming the public through the gates for the first time since 2019.

Indeed the prolonged lack of motorsport action at the hallowed ground of Goodwood was a major blow, not only for fans, but also for the wider Goodwood estate and the surrounding areas. There was good news as the 2020 Speedweek offered some respite and was a worthy compilation of the best of the Festival of Speed and the Revival. The successful event was put together in very challenging circumstances, but the lack of fans meant it wasn’t quite the same. That all changed last Thursday.

When the gates opened to the public at 7am last Thurdsay morning, the atmosphere of Goodwood changed in an instant. The paddocks and the stands and the wide open spaces were quickly filled with thousands of giddy motorsport fans young and old. The sense of excitement was almost electrifying and pausing for a moment to drink it all in, the sound of roaring engines, the smell of octane and burnt rubber combined with the buzz of the crowd was a wonderful moment. The Festival of Speed was back!

Take to the Road spent two days at the 27th Festival of Speed, which was frankly not enough to take it all in, such was the scale. The timetable of events over the 4 days was more than impressive. There was non-stop action taking place from one end of the show grounds to the other. And the motoring delights on display in the paddock and across the whole weekend were simply sublime.

Once through the Pheasentry entrance on the north west corner of the grounds, fans were immediately greeted by the Performance Parking West spot, which all by itself was a fascinating car show. A couple of hundred guests arrived each day and parked on the lawn north of the paddock and provided a fitting welcome to visitors as they made their way into the show.

With this years show sporting the theme “The Maestros – Motorsport’s Great All-Rounders”, petrolheads were guaranteed a superb 4 day treat! One thing was very clear however was that as the crowds, drivers and cars moved round the paddock, this years show was all about making up for lost time. Friends and families were reunited for a fantastic day out and the 4 days were the perfect opportunity for drivers and their support teams to catch up and have a good old natter, and burn some rubber as well. Indeed with the amount of rubber that was laid down at FOS over the weekend, more than a few of the drivers were certainly making the most of their high speed runs up the famous Goodwood Hill.

Everywhere you looked there was one fascinating piece of historic racing metal one after another, all driven by the great and the good. It was a smorgasbord of delights and then some!

One surprise collection was the Lancia Heritage race and rally cars, which Take to the Road first saw in action at Best of Italy in 2017. It was amazing to see them all once again, the Martini livery adding to the colourful displays in the paddock.

One absolute gem in the Lancia garage was the 1979 Fiat x1/9 Abarth Prototipo. For x1/9 owners, this is a holy grail car and an example of what the mid-engine wedge was capable of with some Abarth magic.

As well as the many famous cars there were many famous faces as well, including the great Sir Jackie Stewart who was behind the wheel of two Tyrrell Racing F1 cars.

With the dust now settled on an octane filled four days, this years FOS could not have been better. A special mention of course has to go the Duke of Richmond for putting on the brilliant comeback event. His team can take a bow as all the hard work over the past 16 months finally came together and made the 27th Festival of Speed one to remember.

Additional Photos from The Goodwood Festival of Speed