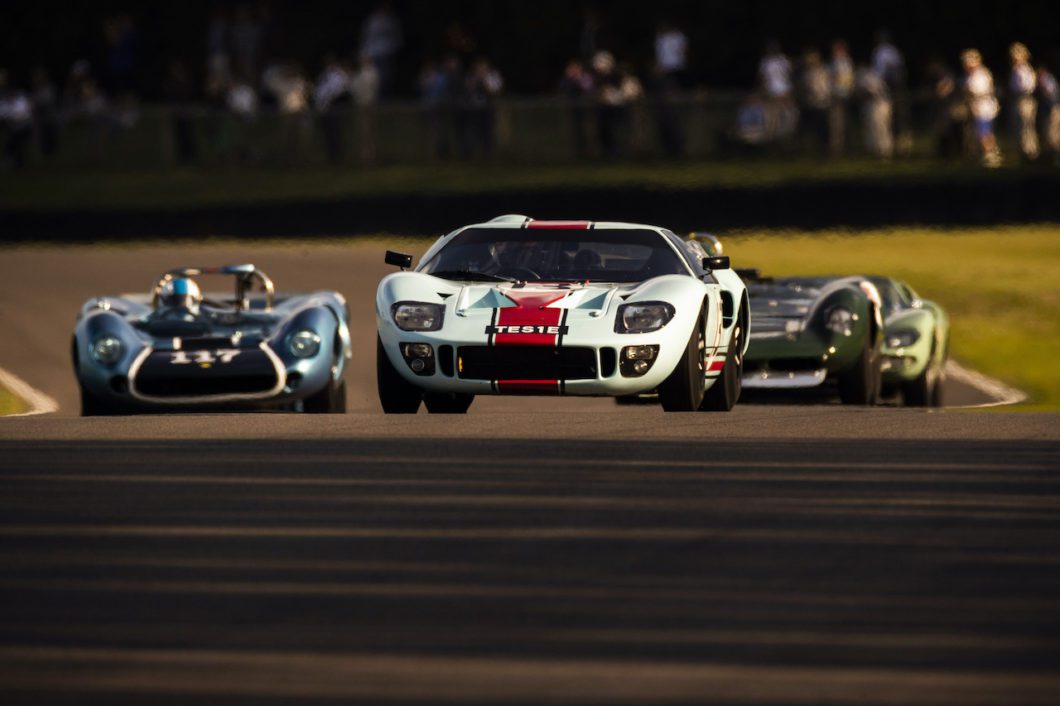 Goodwood SpeedWeek presented by Mastercard is only hours away and promises to be the most interactive, exciting, adrenaline-fuelled motoring event anywhere in the world this year. The action starts this Friday and continues all weekend before the finale on Sunday (16th -18th October).

In the countdown to the event, Goodwood is pleased to announce the final entry list for the event, boasting drivers from all four corners of the globe, in cars that span Formula 1, NASCAR, V8 Supercars, DTM, WRC, BTCC, Le Mans, Trans-Am and more.

Household names competing in the St Mary’s Trophy include Formula E and Sportscar driver Tom Blomqvist in a Mini Cooper S; his father, 1984 World Rally Champion, Stig Blomqvist, in a Ford Galaxie; British Touring Car Champions Colin Turkington and Andrew Jordan in a pair of Lotus Cortinas; former F1 driver, Le Mans podium finisher and BTCC race winner, Tiff Needell, in a Jaguar MK2; and the one and only Rowan Atkinson in a Plymouth Barracuda.

Other notable drivers will appear in much-loved races and demonstrations across the weekend, including the Whitsun Trophy, Lavant Cup and Sir Stirling Moss Memorial Trophy (previously known as the Kinrara Trophy).

Meanwhile, a host of star names, including F1 World Champions Sir Jackie Stewart, Emerson Fittipaldi and Damon Hill, will take part in a huge celebration, spread across the three days of SpeedWeek, marking 70 years of Formula 1. Also celebrated will be 50 years since Porsche’s first Le Mans victory, and 30 years since Jaguar’s final Le Mans victory. All will be brought to life through a combination of significant cars and drivers on track, mixed with documentary films and interviews with an amazing line up of contributors.

Adding a whole new dimension to the track action will be the SpeedWeek Shootout presented by Mastercard, which will feature ‘modern’ competition cars competing at Goodwood for the first time. The shootout will begin with practice on Friday, followed by qualifying on Saturday, and a winner-takes-all finale at 15.00 on Sunday. The final will be broadcast live on ITV1. With a fabulous line-up of cars, none of which have ever been seen in competitive action at Goodwood before, it promises to be truly once-in-a-lifetime occasion.

Two other never-to-be-repeated competitions taking advantage of the fact that there will be no spectators at this closed-doors event are the Rally Super Special and the Goodwood Driftkhana. The former will be run on multiple occasions over the weekend, the first on the Thursday night as the sun falls. The Super Special has both a north and a south loop, incorporating parts of the motor circuit, the infield and perimeter track to provide a challenging combination of mixed surfaces, swift changes of direction and long, flowing corners. Decades of World Rally

Championship machines will be represented and the drivers to watch will be current WRC leader Elfyn Evans in the Toyota GR Yaris and the legendary Stig Blomqvist in a Ford Escort Cosworth.

Having debuted in 2014 at the Festival of Speed presented by Mastercard, drifting has become a firm favourite of the Goodwood crowds. At SpeedWeek a dedicated ‘Driftkhana’ course will see the cars sliding sideways through parts of the Goodwood Motor Circuit site never used in anger before.

The full entry list, including all drivers and cars, can be found at www.goodwood.com/grr/

The full event timetable is now available to view at goodwood.com.

As well as the comprehensive streaming options through goodwood.com and social media, SpeedWeek will be broadcast live on ITV1 and ITV4 during the event:

A selection of highlight programmes the week after the event will also be available to watch on ITV4: