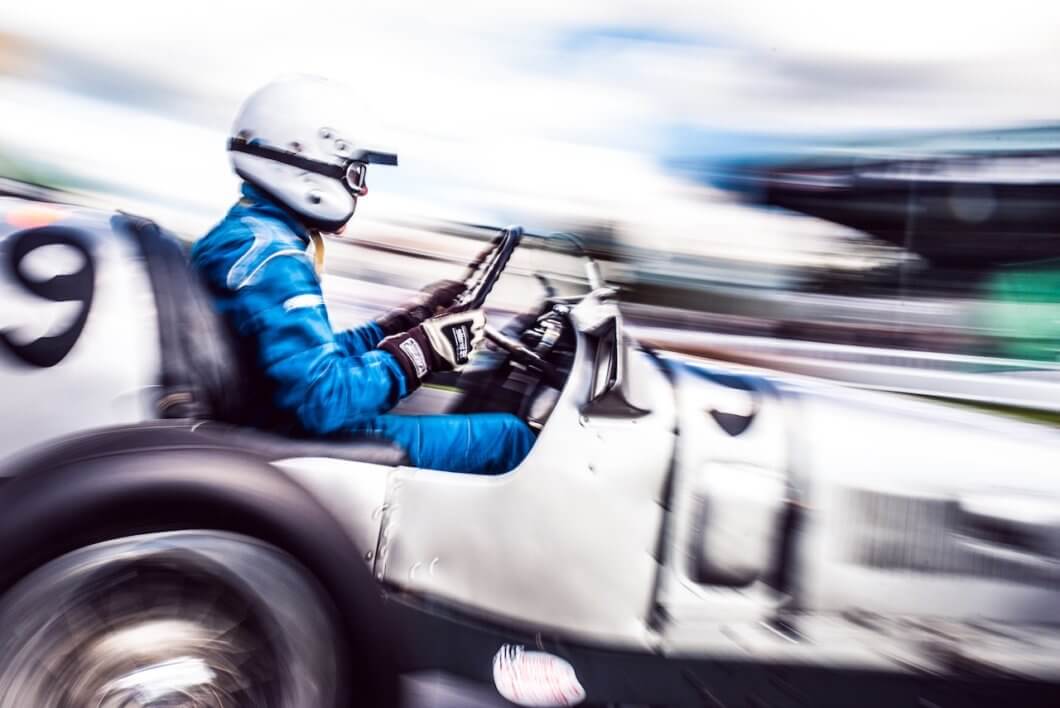 Goodwood has announced Speedweek, a new pioneering event that will take place at the Goodwood Motor Circuit on 16-18 October 2020. The new one-off spectacular event, which is presented by Mastercard, will be inspired by the the greatest elements of the Festival of Speed and Revival.

Due to the ongoing coronavirus pandemic it will be a ‘behind closed doors’ event, with no spectators allowed within the Motor Circuit.  A range of Goodwood’s partners have already committed to help create a uniquely immersive, interactive broadcast occasion to be made available free of charge globally.

Every summer the stunning West Sussex countryside comes alive to the thrill of racing engines at full blast, as Goodwood hosts two of the biggest and most renowned motorsport events in the world; the Festival of Speed presented by Mastercard, and the Revival. Sadly, neither is able to go ahead this year due to the global pandemic. Instead, inspired by the sights and sounds beloved by fans of both events, Goodwood will launch a new, once-in-a-lifetime motorsport occasion in October.

Goodwood Speedweek will take the greatest elements of the Festival and Revival, and combine them into one unmissable three-day extravaganza. Staged behind closed doors at the Goodwood Motor Circuit, Speedweek will be optimised for broadcast, getting motorsport fans to the heart of the action wherever they are in the world. The thrilling action will be transmitted free of charge globally via Goodwood Road & Racing’s website, social channels and a range of broadcast partners.

Nothing like Speedweek has been seen before, as Goodwood brings more than a century of world class motorsport to life to celebrate the legendary feats of speed, courage and endurance that make it the most compelling sport on earth. On the track, the most valuable cars will do battle in the closest, most competitive historic racing in the world, driven by a glittering line-up of famous faces.

Embracing the lack of spectators, a dramatic rally competition will see cars go on, over and even under the circuit, and the inaugural ‘Goodwood Gymkhana’ will literally take over the venue, going to places that would normally be strictly out of bounds.

Building to a climax on Sunday, a never-to-be-repeated competition will see some of the fastest cars in motorsport history vying for honours in a winner-takes-all shoot-out over one lap. Modern cars have never competed at Goodwood, so the speeds they achieve will be unlike anything previously seen at the iconic venue. The official Goodwood lap record has stood for 55 years, and, with modern cars never likely to return, it’s entirely possible that the times recorded at Speedweek will remain unsurpassed for the next 55…

During Speedweek, Goodwood will be the epicentre of the motoring world, as leading manufacturers launch their latest cars to a global audience. Jaw-dropping supercars will be put through their paces around the historic Goodwood Motor Circuit, while technology will also take centre stage, as FOS Future Lab gives a tantalising glimpse into the mobility of tomorrow. Bonhams, an ever-present Goodwood partner since the very first Festival of Speed in 1993, will hold an online auction over the weekend, with viewing by appointment only at Goodwood on Wednesday-Friday.

The most ambitious event ever held at Goodwood, Speedweek will be broadcast in innovative ways, putting viewers right in the racing seat, with layers of interactivity that create an immersive, not-to-be-missed experience. Without spectators present, the action can be faster, more extreme and even more spectacular than ever. It will redefine the experience of watching motorsport at home in much the same way that the Festival of Speed and Revival changed forever the perception of classic car events. The programme of events and full driver line-up will be announced over the coming weeks and months.

The Duke of Richmond said: “Having taken the heart-breaking decision not to hold the Festival of Speed and Revival this year, we were determined to find a way of bringing motorsport to Goodwood in 2020. Speedweek will be a once-in-a-lifetime occasion – the fastest, most exciting and spectacular event we have ever staged. I have been overwhelmed by the positivity and support offered to us by our partners and friends. In particular, I’m delighted that Mastercard, who have been the presenting partner of the Festival of Speed since 2017, will also be the presenting partner of Speedweek; and Bonhams who have held their auctions at Goodwood every year since 1993, will be joining us. An event unlike any that’s gone before, Goodwood Speedweek will be a fitting celebration of the spirit of the Festival of Speed and Revival, both of which will return, bigger and better than ever, in 2021.”