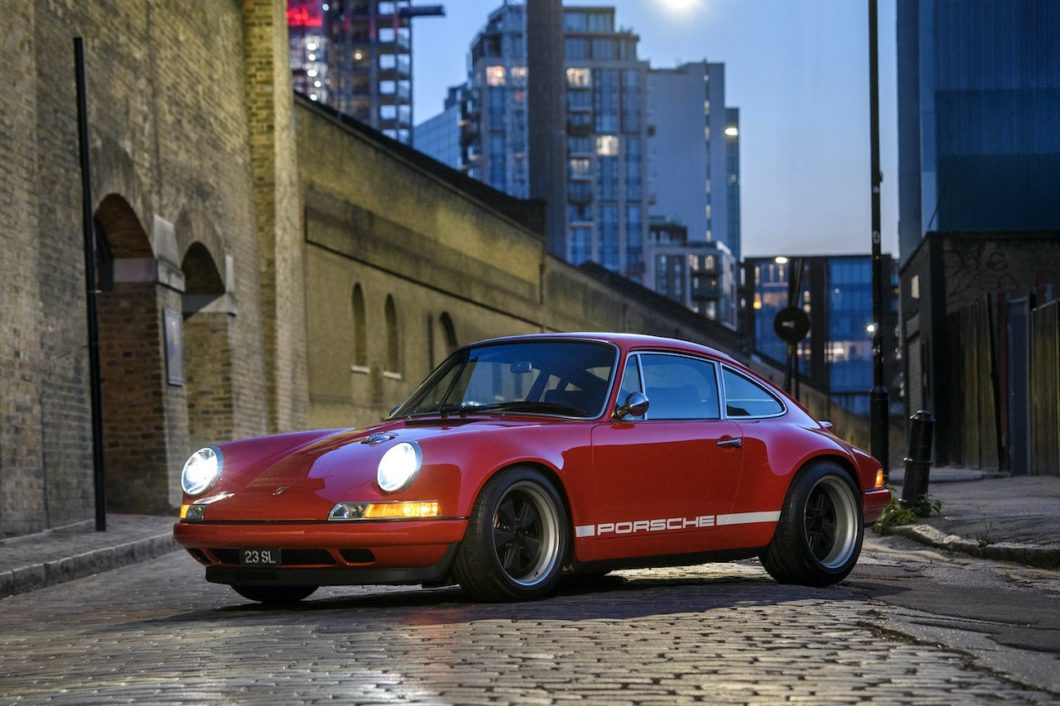 The Concours of Elegance, which opens tomorrow, will bring together a grand display of the rarest and most astonishing cars ever created. Within the showcase this year, the celebrated Future Classics class will once again demonstrate the ultimate collector cars of tomorrow with a gathering of the latest, most exclusive limited-edition luxury and performance cars. This line-up of models will one day become the most sought-after additions to any car collection.

Exemplifying the standard of exclusive luxury and performance, the Ferrari LaFerrari Aperta makes a huge impression from within this year’s Future Classics display. Understood to be one of only 17 UK-delivered LaFerrari Aperta models, this Ferrari is an incredibly significant car in the marque’s history.

Launched to mark the 70th anniversary of the famous Italian brand, the LaFerrari Aperta is a convertible but looks identical to its coupe stablemate, and uses the same 789bhp, 6,262cc, V12 engine coupled with a 120kW electric motor for a total output of more than 950bhp and a maximum torque output of 664lb ft. The LaFerrari Aperta is the epitome of modern Italian engineering excellence.

Joining the Ferrari is a Bentley Continental GT Convertible Number 1 Edition by Mulliner, hand-built last year in a run of just 100 bespoke models to mark both the centenary of British marque and the 90th anniversary of the famous Blower Bentleys. The car is a modern reinvention of a truly iconic racing machine, featuring 18-carat gold-plated badges on the wings and a painted number ‘1’ on the radiator grille.

Every one of the limited production run models includes a unique part of Bentley history, with this car featuring a small wheel spinner within the Bentley Rotating Display – reminiscent of the Blower Number 1 – cast from the piston of that first car during the model’s restoration work.

While the Continental GT takes hints from Bentley’s racing past, the Ferrari 550 Maranello GT1 is a pure-bread competition machine. This unique example of the 550 model was kept by Maranello to be factory-adapted as a race machine, with Ferrari using this as one of the last remaining 550s to serve as a development test bed for the forthcoming 575GTC.

The endurance racer was specially modified with a 6.0-litre engine and custom rear suspension, put into competition in 2003 and raced sparingly since.

Almost at the other end of the automotive scale is a Porsche 964 ‘reimagined’ by Singer. Though 964-series 911s are sought-after in their own right, Singer and this car’s commissioner made no hesitation in turning this stunning ‘restomod’ into a homage of Porsche’s iconic 917 race car, the famous machine that earned the marque its first win at Le Mans in 1970. The base model used here is a 1991 964, reimagined by Singer in 2016.

Andrew Evans, Concours of Elegance Director, said: “It’s often the stories behind some of these rare cars that makes them so special, yet with this Future Classics cars, much of their history is still to be written. That said, every one of these spectacular examples is built on the foundations of esteemed automotive history, and for that reason they are already so highly regarded. Their significance can only rise in time, for assured legendary status in the future.”

The ‘Future Classics’ class at this year’s Concours of Elegance is joined by a number of other very special displays, including a line-up of iconic Formula One cars, a celebration of 25 years of the McLaren F1 GTR, a 1966 Ford vs. Ferrari display and an all-new Junior Concours, showcasing the best of half-scale pedal, electric and petrol-powered classic cars.

The Concours of Elegance is built around its main display of the rarest cars ever created, from 1904 right up to 2020. This once-in-a-lifetime collection of vehicles this year includes a display of vintage racing Ferraris: the second Ferrari 250 GTO ever produced; a unique Bugatti Type 57 Atalante by Gangloff shown alongside other coachbuilt cars including a Jaguar XK150 S Bertone and a Bentley 4.5-Litre; a pair of unique Alfa Romeo 6Cs and more.

The Concours of Elegance 2020 takes place from 4-6 September. With audience welfare in mind, the organisers have created a new operational plan including revised hospitality and restricted audience capacity, with the introduction of separate morning and afternoon tickets. Guest numbers will also be strictly limited to comply with social distancing guidance.

Tickets will only be available to purchase in advance and are on sale now.