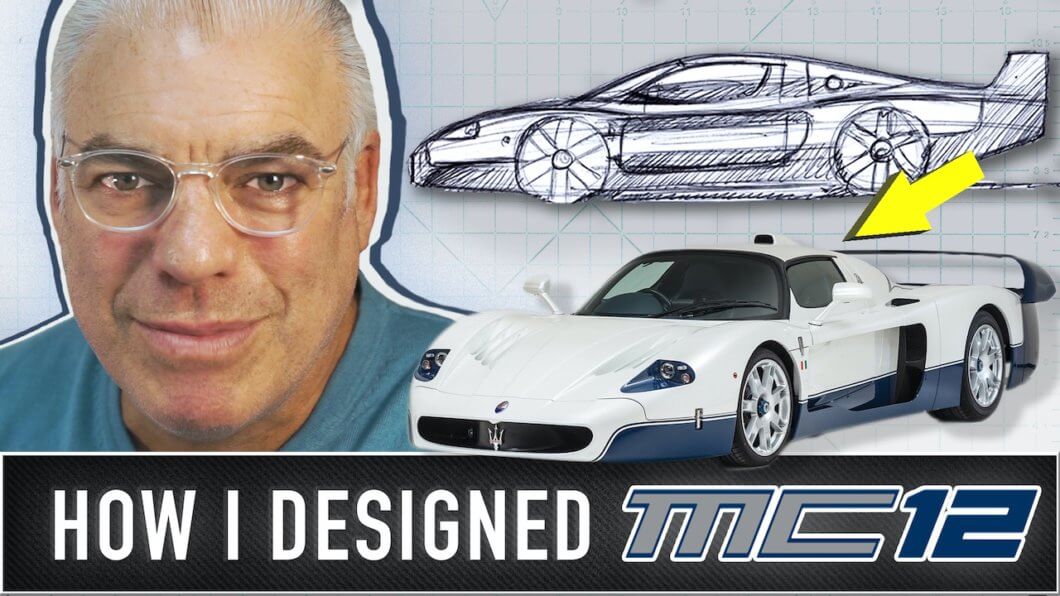 Celebrated car designer Frank Stephenson has penned some of the worlds most iconic cars. One such stand out among many is the mighty Maserati MC12. Often misjudged as being just a Ferrari Enzo with a different body and a Trident badge, the MC12 was significant as it signaled Maserati’s return to competition racing.

Developed as the halo car for a resurgent Maserati, the MC12 was launched in 2004 and was built on the successful Ferrari Enzo platform. Just 50 examples were created between 2004-05, making them one of the rarest Italian supercars of all time. The proven foundation of the Enzo allowed Maserati to further enhance the overall package, creating a luxury supercar that could not only match the iconic Enzo, but also brought Maserati much success on competition circuits around the world.

In a new video, Frank shares some fascinating insights about how the design for the MC12 came about. Plus he highlights some of his thought processes when laying down the shape for a sports car that had to be developed for both racing and for the road. All whilst sketching out an MC12 using just a ball point pen on a white sheet of A4 paper. This is automotive design at its purist.