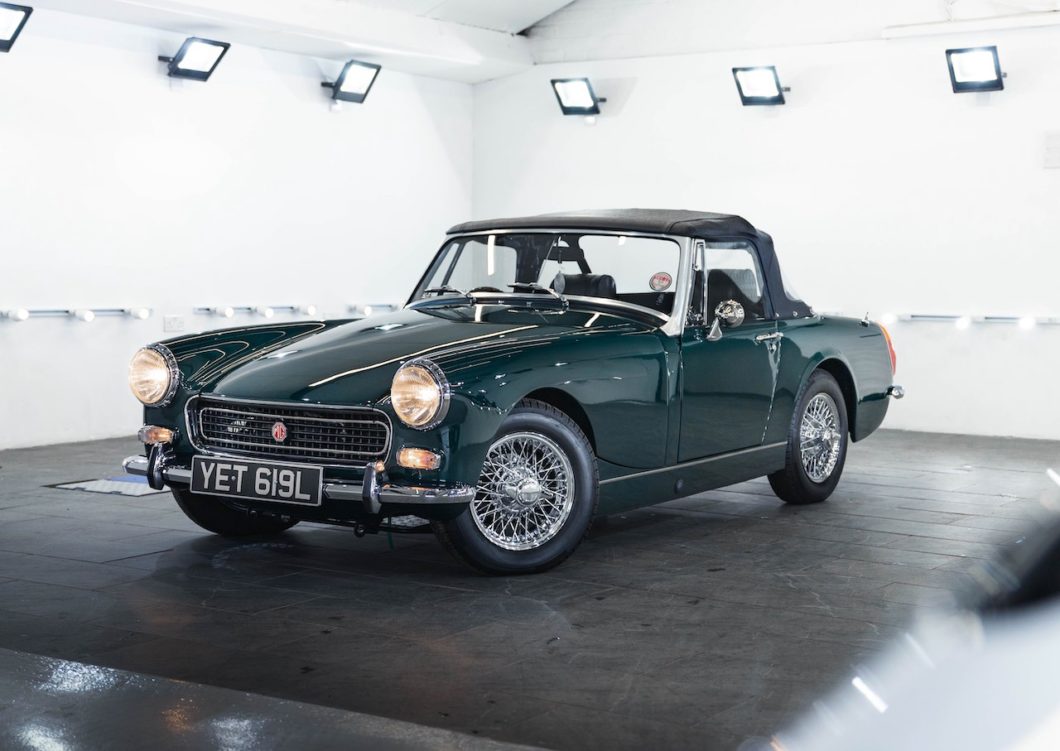 Following the announcement last month of the first ten classics competing for this year’s Lancaster Insurance Pride of Ownership award, the final 10 classic car entrants have now been confirmed for this weekends hotly anticipated Practical Classics Classic Car & Restoration Show. With such an amazing selection of cars entered, picking a winner will be tougher than ever.

Visitors to the Practical Classics Classic Car & Restoration Show, with discovery+, will be voting for their favourite of the 20 cars on display at the NEC from 18-20 March, with the winner announced on the Sunday afternoon.

Alex Stanley has been thoroughly enjoying his 1972 MG Midget (article feature image above), a car that’s his first classic and one that has undergone an extensive restoration. It’s not the only MG amongst our final ten, Peter Cooper’s 1990 Maestro Turbo is likely one of the very best on the road in the UK.

Another British classic that’s certain to turn heads is the 1999 Rover Mini 40 LE owned by Robert Guy. Having covered just nine miles in its lifetime, it’s a very special example of the iconic little car and must certainly be one of the lowest mile examples in existence.

Sporting coupes will also be well represented at the NEC, starting with the 1995 Ford Probe owned by Malcolm Oyston. A 16-valve model with the 2.0-litre four-cylinder engine, it’s in pristine condition and is now a rather rare sight on UK roads.

The same goes for Paul Edwards’ 1998 Toyota Celica SR, a car that he was thrilled to have discovered, which now forms part of his collection of cracking Japanese sports cars.

More classics from Japan will be competing for the top prize at the Practical Classics Classic Car & Restoration Show. One such car that is hugely popular is the Mazda MX-5 is. The 1995 model owned by David Mortiboys was about to be scrapped until he invested a lot of time and money getting it back on the road.

Then there’s Mohammed Mahboob’s rare 1988 Nissan Bluebird Executive Turbo which is in perfect condition. Built in Sunderland, this once common Japanese saloon has had just one previous owner from new.

There’s just the one French car in this year’s competition, but it is very special indeed. When Dave Tassell bought his 2002 Renault Clio V6 two years ago it was nothing more than a bare body shell. The restoration, which has just been completed, involved a huge hunt for parts and resulted in some unique modifications.

And the final two entrants confirmed for this years Lancaster Insurance Pride of Ownership competition is Irfan Mahboob’s 1989 BMW 325i Sport. Restoring it to stunning condition took almost ten years, and with some special upgrades the result is a superb example.

The final entrant is the 1992 VW Golf Cabriolet owned by Laura Godtschalk for 17 years. It is in wonderful original condition and has certainly been cherished by Laura.

Andrew Evanson, Senior Operations Manager of Lancaster Insurance, sponsors of the Pride of Ownership, said: “I was already impressed by the first ten Pride of Ownership finalists, but now that we have completed the list of entrants this year’s display is going to be better than ever. Picking a winner from such amazing classics won’t be easy.”

The Pride of Ownership display will be joined by the already confirmed Carole Nash Barn Find display.