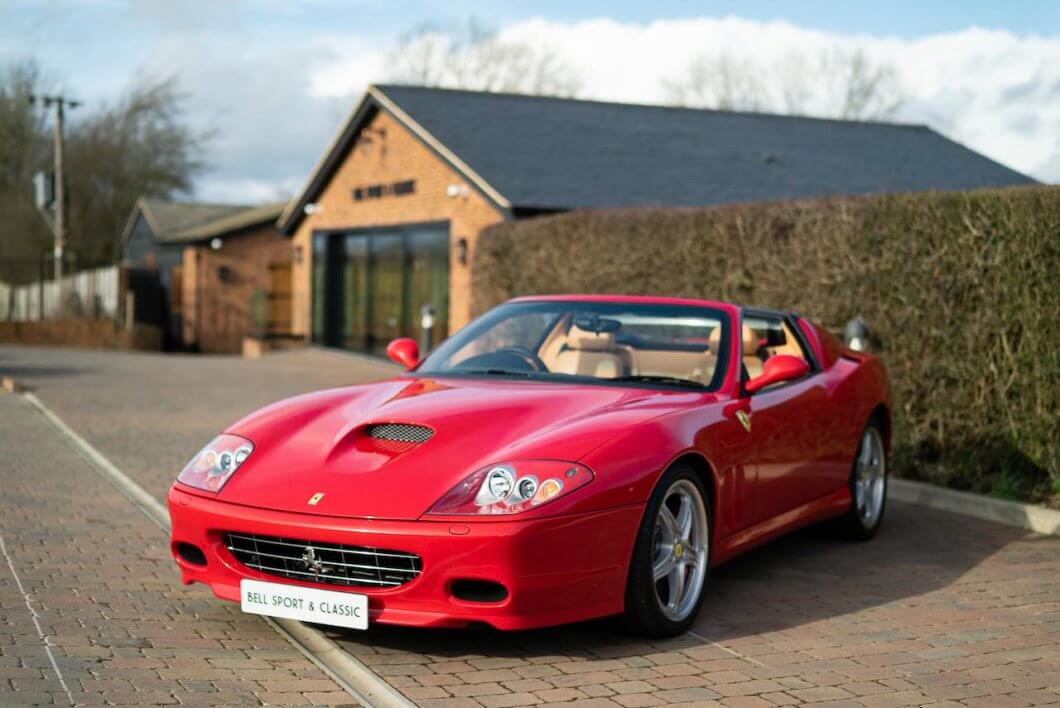 Bell Sport & Classic are offering the chance to buy one of the lowest mile Ferrari 575 Superamerica’s in RHD configuration. One of 559 made, this example features the rather unique Revochromico rotating hardtop, an option that was never fitted to another Ferrari. What makes it even more unique is the fact that this example has covered just 1,800 miles from new.

The Ferrari 575 Superamerica is without doubt the most desirable iteration of the 575M Maranello, fixing the issues of the 550 Barchetta’s temporary soft top with an ingenious rotating hardtop. The clever design gave customers the freedom of a Ferrari barchetta with the practicality and security of a berlinetta. It meant the 575 Superamerica could work as both a Grand Tourer and a Convertible, a combination that was exceptionally rare in 2006.

Having covered just 1,800-miles since 2006, this Superamerica is an outstanding example, and apart from its low mileage, its pièce de résistance is indeed its innovative roof – known as Revochromico. Made from carbon fibre and electrochromatic glass, it was the first of its kind to be fitted to a production car. With the roof closed, the driver can select from five opacity settings, from fully transparent to allowing just one percent of light to enter the cabin. To open, a simple button press rotates the roof upwards, which then sits flush on the rear deck. It completes the maneuver in just 10 seconds.

Delivered on the January 1st 2006 by Graypaul Ferrari Nottingham, this particular model comes with a fully documented service history, all carried out by the supplying dealer each year from new and is painted in the iconic Rosso Corsa over Beige leather with contrast stitching.

Tim Kearns, Managing Director of Bell Sport and Classic, said: “We are very pleased to offer for sale this exceptional Ferrari 575 Superamerica, what must be the lowest mileage right-hand-drive example available in the world right now. It has been meticulously looked after by the original owner since it was delivered back in 2006 and is the perfect example to add to any collection.”

With its low miles, the stand out Revochromico rotating hardtop and a low production run, this Ferrari 575 Superamerica is a desirable appreciating classic that would form the centre piece to any collection. This is reflected in the asking price of £299,950 which is significantly more than other 575 examples on the market. Not many can boast a party trick roof or such low miles however. More details on this rare v12 Ferrari can be found on the Bell Sport & Classic website.