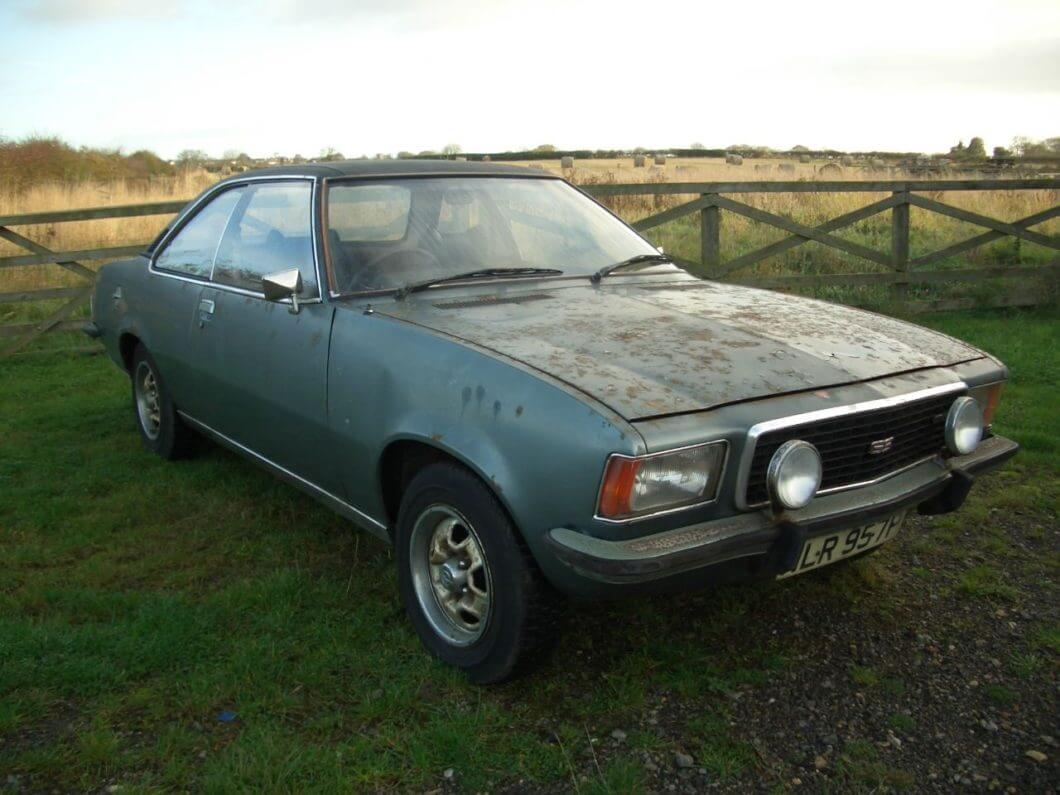 It’s been a while since we posted a Market Pick thanks to being busy with classic car show features recently and our drive in a Corvette C6. So it is good to be back with some interesting car picks. And the one we’ve chosen for today’s post is as rare as hens teeth.

Opel cars are a rare sight on UK roads thanks to the existence of Vauxhall. Both are part of the larger GM Group and the only difference between them really is the badge. However seeing an Opel driving around does always catch our attention momentarily and when we spotted this 1976 Opel Commodore GS 2800 for sale, it stopped us right in our tracks.

Launched in 1967, the Opel Commodore was essentially an upmarket version of the Opel Rekord. Offered as a saloon or a coupe, the Commodore was powered by Opel’s tried and trusted straight six engines. Engine sizes comprised of 2239cc and 2490cc, rising to 2784cc. The 2239cc produced 94BHP with the 2490cc ranging from 113-143BHP, depending on specification. However the cream of the crop was the 2784cc straight six which produced 143BHP.

This twin carb engine was used in the Commodore GS 2800 which became the most desirable model in the range. A four speed manual transmission was offered along with a three speed automatic. The range was revised in 1972 with the GS 2.8ltr increasing its output to 160BHP. However new emissions regulations lead to it being detuned to 153BHP in 1974. Production of the Commodore range ended in 1982 when the GS coupe was replaced by the Opel Monza.

Offered as a restoration project, we have to say this Opel Commodore GS 2800 really caught our eye. These are very rare indeed and we’ve never seen one before. The seller describes this two owner example as being complete and was probably stored around 1990. It runs and drives with the mechanicals working well, though the brakes require attention. The seller states that welding is required to the sills and the drivers side inner wing.

The underside is said to be good and is believed to have been galvanised. An included period review of the Commodore GS 2800 does mention that the underside and rocker panels were galvanised, which backs this up. The interior is described as being complete with some wear to the drivers bolster. The seller notes that the exhaust back box has fallen off but a replacement is included.

Growing up in Ireland in the 1980s, we were using to seeing Opel Manta’s racing around the country roads and as a result, we’ve always wanted one. While the Commodore wasn’t replaced by the Manta, the GT design principles were the same. What strikes us most about this Commodore GS is it’s rarity and the fact it is the more desirable 2800. While this one obviously needs restoration, it appears to be very solid. The square headlights and slightly forward grill echo its rival of the era the Ford Granada Coupe. The profile of the GS also echoes that of the smaller Opel Kadett. The black vinyl roof is typical 1970s and works quite well with the over all design and actually looks to be in good shape. Hopefully it is not hiding any rot beneath it.

The bodywork on this GS clearly needs stripping back and repainting but we have seen a lot worse. We can see a lot of surface rust which doesn’t look too bad. Obviously a closer inspection of the sills, door bottoms and underside is warranted. The review article does mention the use of under seal at the factory and that, along with the factory galvanisation, probably helped save this one.

On the inside the interior looks very well preserved indeed and should clean up well. The drivers seat bolster is worn but that could be repaired. We also noticed the dashboard has two cracks though again it is possible to repair these. The rest of the trim looks intact and even the radio appears to be period correct.

Like the outside bodywork, the engine bay is showing signs of surface rust so an engine our respray is in order. If we were buying this car we’d give the engine a good check over and replace/renew all the ancillaries. As the straight six in the GS runs on twin carbs, it could be possible to upgrade to triple Webers, which would be interesting. Coupled with a custom exhaust manifold and a new stainless steel exhaust, this GS could acquire a few extra horses. Even though the Commodore GS 2800 has a slightly antiquated live rear axle, it was fitted with a limited slip differential as standard, which helped handle the 150+ BHP.

One thing we had to mention is the metal beams that have been bolted into the boot. Judging by the outline of the boot liner, which rests on top of these beams, we doubt that these were a factory install. Perhaps a previous owner had attempted a primitive strut/chassis brace or maybe someone planned to turn this into a banger racer (the petrol tank is located underneath). Regardless of why they are in place, we’d want to check that very carefully.

Despite a couple of question marks over the boot modifications, we really like this Opel Commodore GS 2800. It’s something a little bit different and back in the day it was a real competitor against its German rival the BMW CSI. And it was also potent rival to the Ford Granada Ghia here in the UK. With so few left on the road (apparently only 1 according to the DVLA), this one is a very rare beast and as a result is a very worthy restoration candidate. We’d give this one a full strip down restoration, sort the mechanicals, upgrade the carbs and lower and upgrade the suspension (as the seller suggests) to improve the stance. And maybe even throw on some Manta/Monza period alloys. It could be one impressive looking GT when done.

This Opel Commodore GS 2800 is located in Darlington, Durham and is currently bid up to £915. The auction has no reserve.

Watch our film about our Opel Commodore based 1982 Vauxhall Viceroy