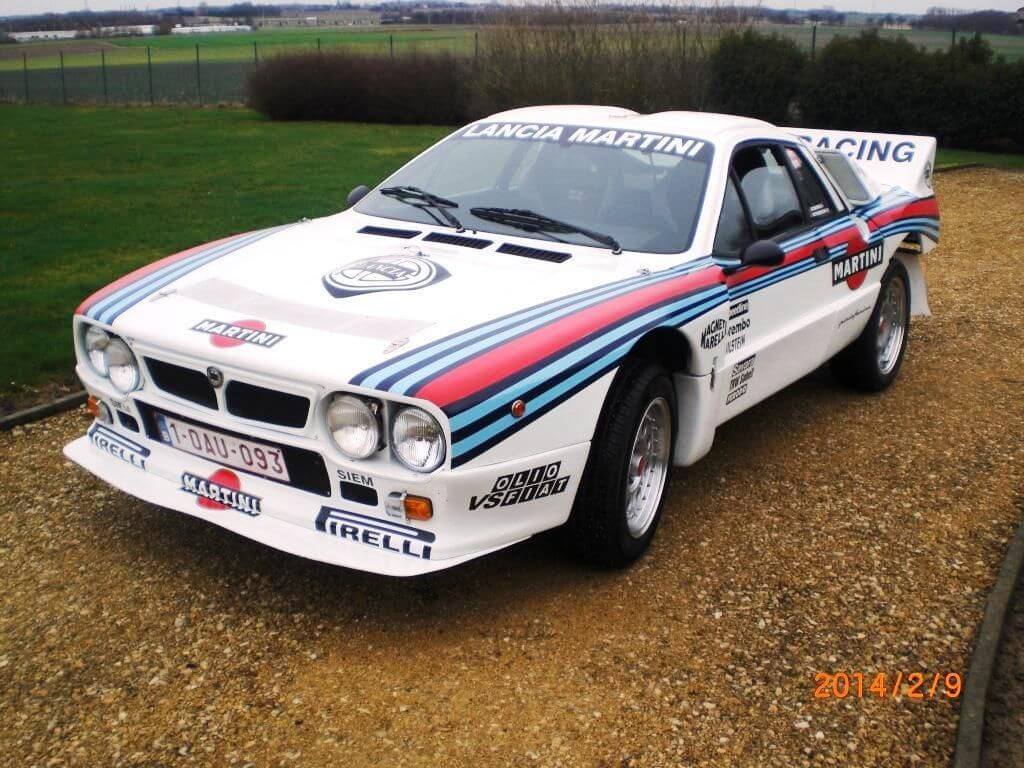 In the 1970s Lancia was dominating the world rally scene with its devastating V6 powered Stratos. In 1980 a new car was needed to comply with new FIA regulations so the Stratos was no longer viable. In stepped the Lancia Rally 037 making it’s debut in 1982. The new car notched up a few wins in its debut year but suffered a raft of teething problems which forced numerous retirements. 1983 however proved a lot more successful with the 037 winning the World Rally Championship Constructors’ title, beating off stiff competition from the four wheel drive Audi Quattro.

Based on a Lancia Montecarlo, the Lancia Rally 037 proved just as revolutionary as it’s predecessor. It was the first of the Group B supercars and was a mid-engined, two-seater coupé. It was powered by an Abarth reworked four-cylinder, 2,111cc engine and was fitted with a light-alloy, 16-valve twin-cam head and Volumex supercharger.

It marked a big change from the Stratos Ferrari sourced 3.0 V6. The new engine was mated to a ZF five-speed gearbox, sending power to the rear wheels and the chassis was also developed by Abarth. The whole package produced an impressive 325BHP in works setup with all round Brembo disc brakes required to tame it. It was an amazing package and proved to be a hint of what was to come with the later Delta Integrale.

The car on offer is a Lancia Rally 037 recreation finished in the famous Group B Martini Livery. The seller states the car was built in Italy and registered in Belgium which is where the car is located. It has a new Lampredi Abarth 2.0 GRII engine and is fitted with an oil cooler and an Abarth sump. New floorpans were added in June 2014 and the tires are said to be recent.

No other details are given about the build but we assume it has been based on a 1976 Montecarlo donor car. It really does look the business in the photos and appears to be a faithful recreation of the rally winning Lancia. There is nothing quite as purposeful looking as a Lancia Rally 037 in racing trim and the Martini livery is one of our favorites. This would be a great car to take on historic rallies and it would certainly annoy your neighbours when you take it out for a blast (they make one hell of a noise at full pelt).

Current bid is £20,100 with the reserve not met and eight days remaining.