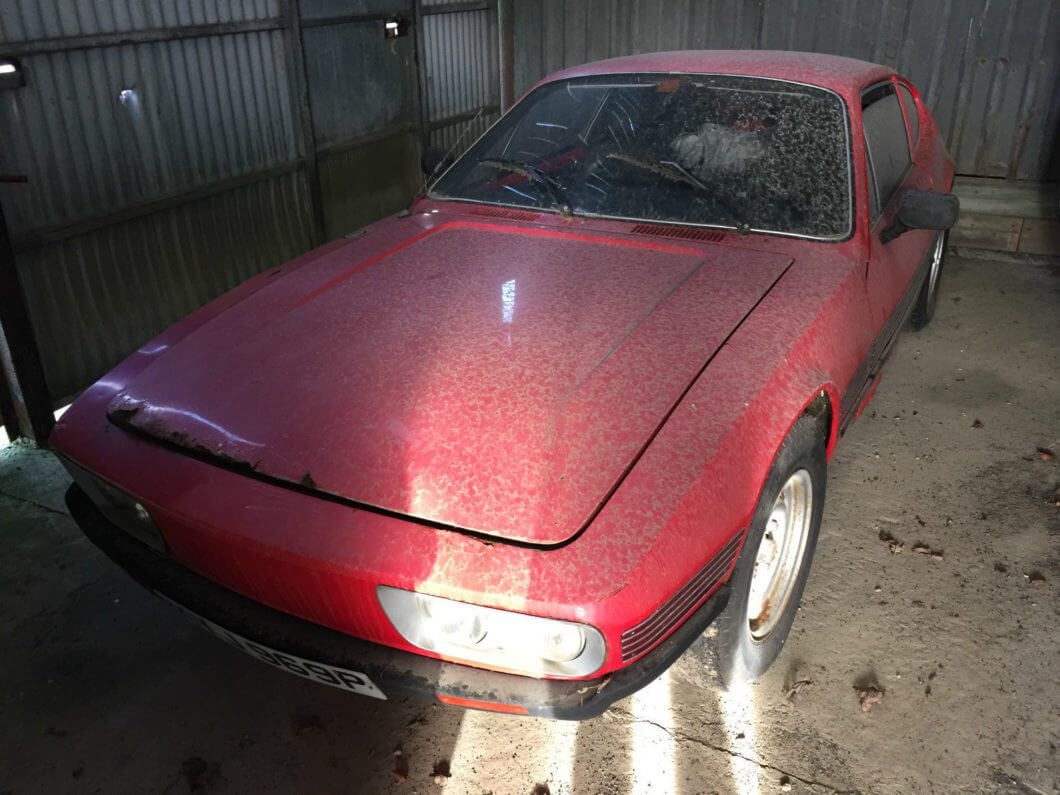 The Volkswagen SP2 is not a car name heard very often in the UK, let alone seen. Constructed from 1972 to 1976, the SP2 was the brainchild of Volkswagens Brazilian subsidiary. By 1969 VW Brazil needed a replacement for the aging Karmann Ghia and the less successful Karmann Ghia TC. Originally dubbed “Project X”, the new sports car was finally given the name “SP” or “São Paolo” in 1971. It was launched later that year in its home town with production starting in 1972. Based on the VW Variant platform (another VW Brazil creation), the sporty 2+2 was powered by the staple VW 1678cc air cooled boxer engine.

Producing just 65BHP, the cars steel body hampered performance which was in stark contrast to it’s go fast looks. Despite the poor performance, over 10,000 were built primarily for the domestic market with small numbers exported outside Brazil. Production came to an end in 1976 and the planned replacement, the SP3 never got beyond the prototype stage.

Offered for sale is a red 1975 Volkswagen SP2 that has some how found its way from Brazil to the UK. The seller states that the chassis and main structural areas of the car are solid. However the bonnet, wings and door bottoms all have rust and will need new metal let in. The engine has been rebuilt and detailed and is said to be running. The brakes have also been freed up so the car is now moving after its storage slumber. The seller notes that the car was originally painted yellow and it was his intention to restore it to its factory colour. The interior is described as being in good condition with the seats said to be excellent. New carpets are required however and it is missing a door handle and a window winder. It is also missing a rear light lens.

We like this Volkswagen SP2 mainly because of its rarity here in the UK. It looks like a more aerodynamic and curvy version of the Volkswagen Scirocco. The bodywork on this SP2 is going to require a good deal of attention and god knows what other rust gremlins may be lurking once everything is stripped off. But we think it will be worth it for such a unique and interesting car. While the engine may have produced just 65BHP in stock form, there are plenty of potential upgrades out there that could increase the output. One of the great things about the VW community is the acceptability and availability of tuning upgrades.

So up-rating the carbs, installing a faster cam, adding a high compression head and perhaps even a re-bore could be options for the new owner. Another option could include replacing the doors (which are shot) and bonnet with fibreglass panels to help reduce weight.

This is something we’d consider if we were restoring this SP2. And we agree with the seller and would restore it to its original yellow as well. This Volkswagen SP2 requires a lot of work but it would suit a VW enthusiast who’s good with a welder and knows how to tweak VW boxer engines. When restored this would make for a great and unique show car.

This Volkswagen SP2 is located in Bude in Cornwall. The asking price is £7,000 which is open to offers.

Detailed photos of the car before going into storage can be found here on DropBox.