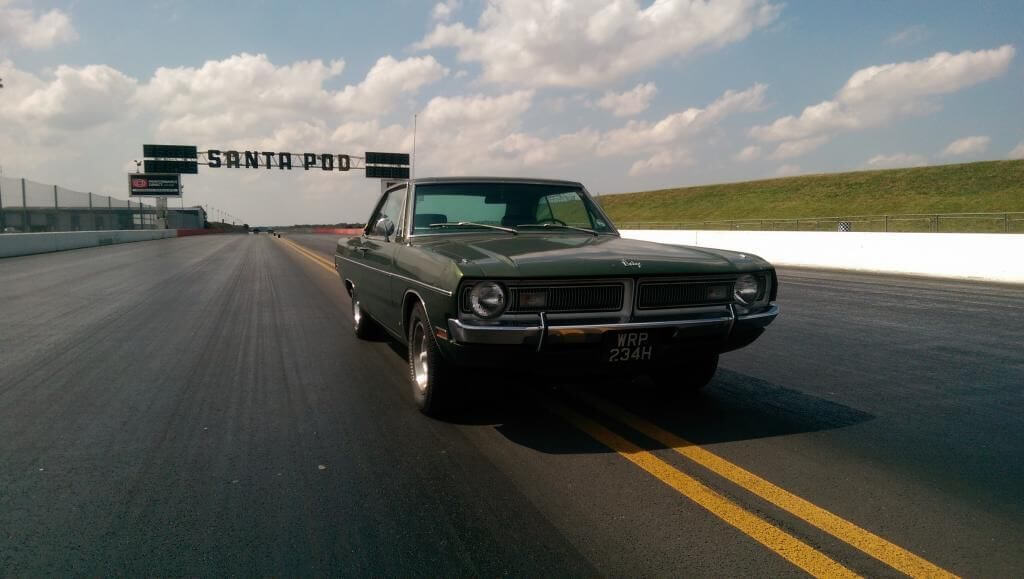 The Dodge Dart was Chryslers mid range offering which was first launched in 1960. Based on the Plymouth unibody, they were offered in sedan and coupe forms and were downsized compared to other offerings from Chrysler. By the late 1960s the model was in its fourth generation with the Dodge Dart receiving a refresh in 1970. This year also saw the introduction of the two door coupe Dodge Dart Swinger.

It had a 5.6ltr 340cu V8 and four barrel carbs producing 275BHP. Other options included a choice of a three or four speed manual and a three speed Torqueflite automatic transmission. Front disc brakes became standard as well. The Dart proved popular selling over 13,000 units before being replaced in 1971 by the Dodge Demon.

The car on offer is a 1970 Dodge Dart Swinger with a 340 V8 upgraded engine. The seller describes the car as being in very good condition for its age with no evidence of wielding to the body. It was originally purchased with a 318cu V8 which the seller replaced with a 340cu V8. This engine was treated to a big rebuild and is just one of a larger number of mechanical upgrades performed since 2008. These include a 727 gearbox with a shift kit, high-stall factory torque converter, rebuilt differential, Edelbrock inlet manifold and 600cfm carb, ’Orange box’ electronic ignition and a new distributor. SSBC power front disc brake conversion was also done with vented discs, four-piston calipers and new master cylinder and booster. Plus a Holley fuel pump with Filter King filter and regulator (the 300HP version, not the cheaper one). It’s an impressive list of upgrades indeed!

The seller also notes that the car has the more desirable 8.75″ rear axel so it should handle all those power upgrades. The listing also states that the paint work has had a partial respray in its life and there a few dings here and there, along with some battery acid marks on one of the wings. That is a shame but it is not a major job to fix. As a long as it is rust free that is a major plus.

We have to say we quite like this Dodge Dart Swinger. It’s a rare sight on UK roads and makes a change from the large influx of Ford Mustangs in recent years. The body work needs some tidying and there is a split in the bench seat but these aren’t major tasks. The majority of the heavy work looks to have already been done. We’d love to get this on a dyno to see how much power it is producing.

Despite all the upgrades it is nice that this Dodge retains some of its originality such as the window sticker and the instruction sticker in the boot. We’d love buy this Dodge Dart Swinger just to be a bit different. It has a great stance and looks great in its coupe guise. The wheels actually suit the car though we might be tempted to add some Torque Thrusts. Apart from that all we would do is fix the few snags it seems to have and just drive it. With that 340 V8 it would be one hell of a cruiser.