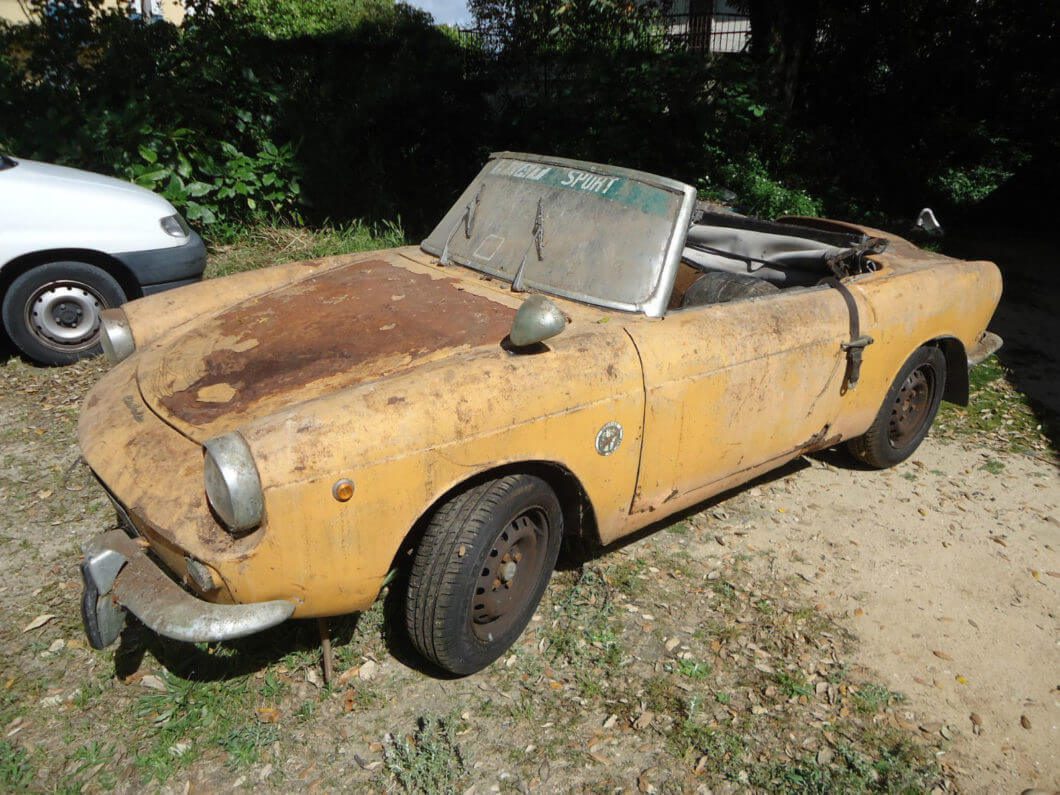 Cisitalia was an Italian sports and racing car manufacturer founded in 1944 by Piero Dusio. A well known football player and racing driver, his company made racing cars that proved very successful in the Mille Miglia in the late 1940s/early 1950s. Perhaps their most famous car was the stunning Cisitalia 202 SC, a true work of automotive art. Cisitalia were fortunate to have employed the likes of Ferdinand Porsche and Carlo Abarth, with Abarth later providing much of their tuning expertise. One such model that received the Abarth special treatment was the Cisitalia 850 GT Spider. Launched in 1959 at the Geneva Salon, the Allemano bodied 850 GT was based on the Fiat 600 floorpan. Powered by an Abarth tuned Fiat 600 833cc single cam engine, it produced 51BHP.

The Cisitalia 850 GT Spider was essentially the same as the Fiat-Abarth 850 Spider Riviera. They were basically unsold Riviera’s which were passed on to Piero Dusio’s Cisitalia Argentina I.C.S.A and re-badged as the Cisitalia Abarth Gran Sport Spyder. Only a handful of these cars were ever built and are considered the rarest Abarth Spiders.

Offered for sale is a rather rough looking 1963 Cisitalia 850 GT Spider. It requires full restoration and has clearly been left exposed to the elements for some time. The seller states that the car is mostly complete. The engine runs with both the rev counter and oil gauge said to be working. A video of the engine shows it running (which can be viewed here). It comes with spare rear lights and the seats are intact and come with the car.

The convertible hood is also in working order. The seller also claims that this Cisitalia has a connection to the Moroccan Royal family, being reportedly owned by the King of Morocco. While no documented evidence is provided, there are badges on the car which indicate some sort of connection. The car was apparently passed on to the Kings mechanic and then through his family. True or not it is a interesting curiosity.

This Cisitalia 850 GT Spider clearly needs a lot of body work. It will require quite a bit of new metal and a full strip down could reveal more rust. So it is not a project for the faint hearted.  A car as rare as this however deserves a full nut and bolt restoration. Regardless of any royal connection, what is most important is the connection to Cisitalia and Abarth itself.

While it is no Cisitalia 202 SC, it is still an attractive little car and is a fine example of an Abarth rear engined convertible. This rare Cisitalia 850 GT Spider deserves to be saved and restored to its former glory and we hope the new owner does just that.

This Cisitalia 850 GT Spider is located in Corroios, Portugal and the current bid is £3,100 with the reserve not met.