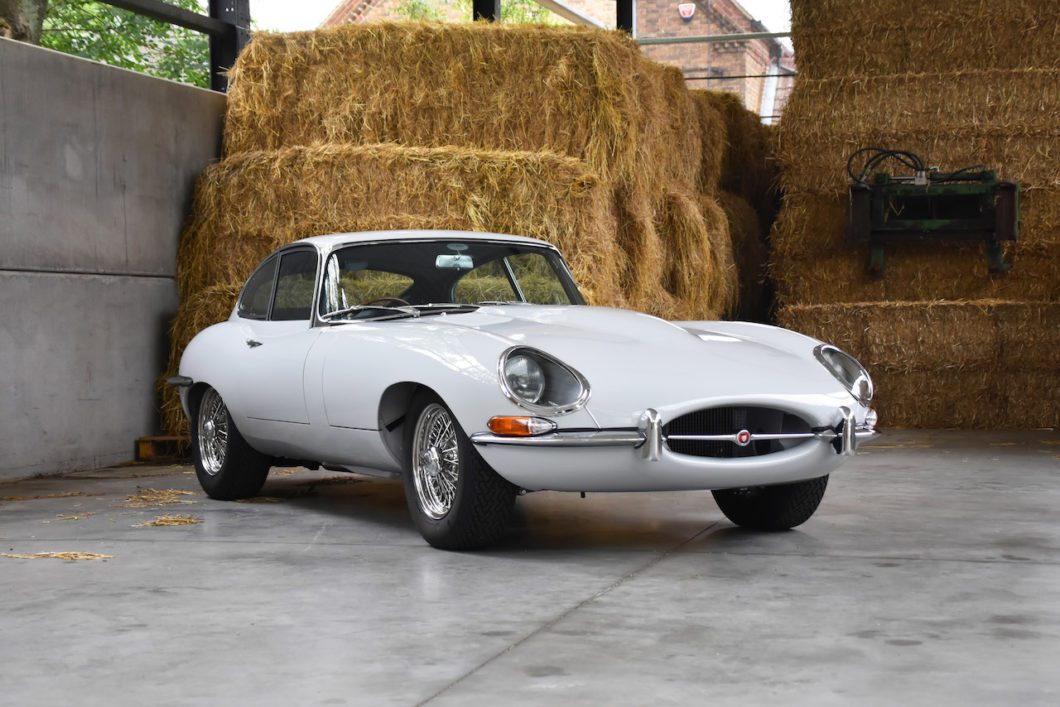 Kent based Jaguar E-type specialist E-Type UK has restored a 1964 Jaguar E-type Series 1 FHC back to its original factory specification. The extensive and highly detailed rebuild focused on originality and included significant performance upgrades that bring the 1960s sportscar roaring into the 21st century.

The very first step in the car’s 3500-hour restoration process examined the body panel for signs of rust to guarantee absolute structural rigidity and chassis strength. After being sand blasted to remove remnants of material from the last 50+ years, each panel wass primed to prevent any further rust from developing.

With this particular example, E-Type UK’s metalworkers created brand-new floors, sills, rear chassis, gearbox tunnel, bulkhead, inner and outer rear wings and a new bonnet to ensure the E-type was refreshed with a solid foundation on which to build the rest of the car.

Once the E-type’s metal shell was complete, the next stage stage moved to prepping the bodywork. The shell received a careful and detailed application of filler, ensuring millimetre-perfect dimensions and panel gaps across the entire body. Rust inhibitors were also applied to the exposed metal, alongside numerous coats of high-build primer. The body was then left to rest for several weeks to ensure all materials were fully hardened prior to painting.

Primed to be hand-painted in the car’s rare and original Pearl Grey finish, the shell was masked before being sprayed with the first of several coats of the striking colour. Secondly, a high-quality clear lacquer was carefully applied to ready the body for a final polish. To accomplish the outstanding exterior finish befitting a world-class restoration, the lacquer was subjected to hours of hand polishing to reveal a flawless shine.

One of the key focus points of the restoration was to respectfully upgrade the British sports cars whilst retaining the delicate appearance and driving experience the icon is famous for.

The restoration also included a rebuild of the 3.8-litre XK engine, which was completed to full fast road specification with a new gas flowed head, high lift cams, balanced and lightened crank with lip seal conversion.

Preserving yet modernising the gearbox was central to retaining the car’s period feel, without any historical drawbacks. Formerly a 4-speed, a new 5-speed gearbox was fitted, with the original 4-speed gearbox restored for originality, to ensure less engine strain and a more precise selection of individual gears.

The interior of the Series 1 E-type was also given special treatment and was sympathetically reconditioned. With incredible depth of colour, the car’s original Dark Blue leather specification was recreated to perfectly compliment the newly painted Pearl Grey exterior, holding true to its heritage.

Retrimmed seats and dashboard with the finest quality leather finish off the exquisite cabin with finesse and style, whilst providing the driver with a comfortable and functional driving position for any type of journey.

The restored 1964 Jaguar E-type Series 1 FHC is now back to its factory look and is ready to be enjoyed on today’s roads for many decades to come and joins a growing list of finely restored E-Type UK restored cars.