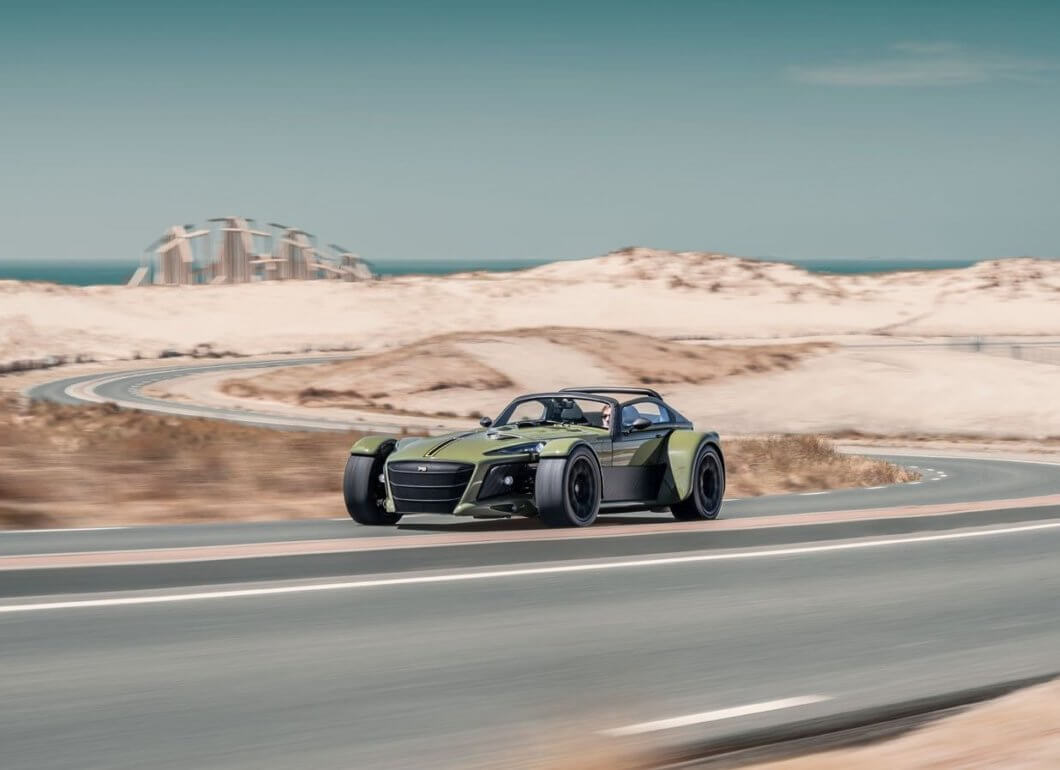 The worlds first first 2G production car, the Donkervoort Automobielen D8 GTO-JD70, has been developed as a tribute for the 70th birthday of company founder, Joop Donkervoort.

The Donkervoort story began when Joop Donkervoort bought the Dutch distribution rights to the Lotus 7, only to find it wasn’t legal on the roads in The Netherlands. After initially trying to re-engineer the car to meet Dutch Type Approval, he instead decided to “finish” the Lotus 7 by starting all over again. He was convinced he could improve it. And with that, the first Donkervoort road car, the S7, was born in 1978.

Powered by an optimized, endurance-racing version of the Audi Sport 2.5 litre five-cylinder turbocharged engine, the JD70 weighs less than 700kg. More than 95 percent of the D8 GTO-JD70’s bodywork will be made from carbon-fibre, and will employ a significant amount of Donkervoort Automobielen’s lightweight EX-CORE® carbon-fiber technology. It is not a specialist track car, but it has instead been developed with both the road and the racetrack in mind.

The next installment of the supercar-killing Donkervoort D8 GTO legend will smash through the 2G barrier to deliver the astounding cornering ability to match its crushing acceleration.

The simple act of moving the exhaust to the side of the JD70 has freed up a lot of space that can be used to enhance the aerodynamic downforce at the rear of the car. Along with the new, second rear diffuser, which delivers 80kg of rear downforce, the redesigned nose and the new louvres in the cycle wing wheel covers generate an extra 50kg of downforce at the front.

It has also moved into a bold new world with the availability of fully adjustable, electric power steering to reduce the physical driving effort while maintaining Donkervoort’s traditional steering intimacy.

“The JD70 has moved beyond the normal measures for acceleration and braking and we’re using G forces now, but the car is still a pure driver’s machine like nothing else on the market,” Donkervoort Automobielen managing director Denis Donkervoort said.

“The JD70 is the distillation of everything we know and everything we’ve learned on the road and the racetrack, from track days and from customer talks and, of course, from Joop’s own ideas on what a supercar should be to its driver.

“Donkervoort has worked to deliver a supercar for people who ache for the heightened senses and the purity of unfiltered driving experiences, and the JD70 has been designed to allow drivers to form an unshakeable bond with their machines,” he said.