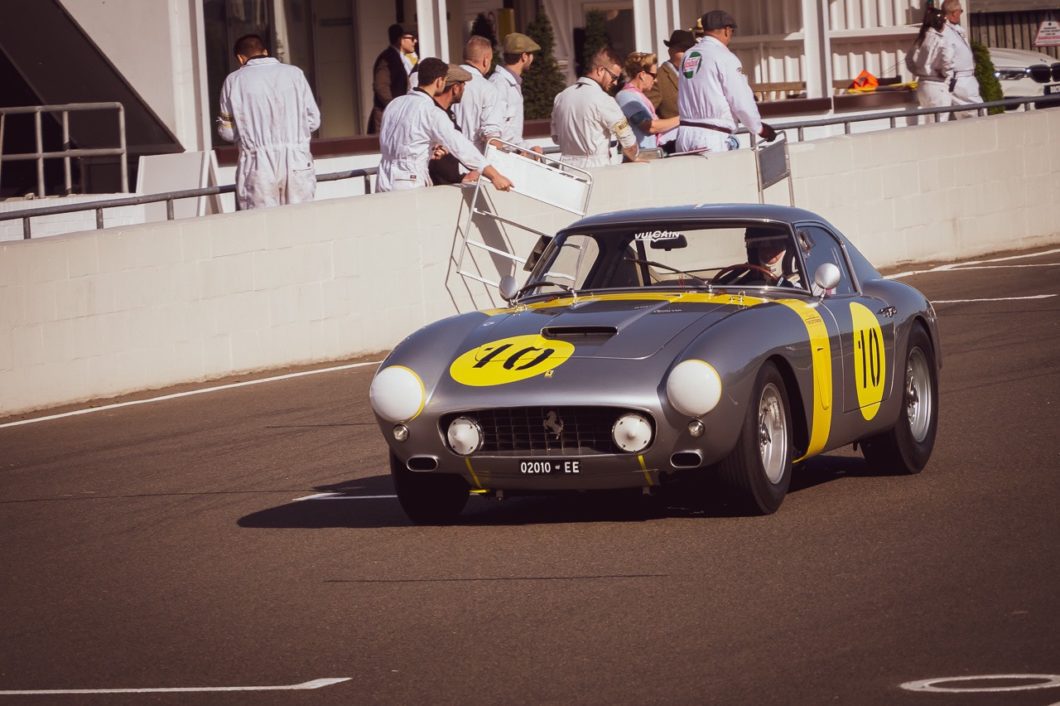 The countdown to the Goodwood Revival 2021 has officially entered the final stages, with the doors opening this weekend to the famous Motor Circuit, as it gears up for three days of octane fueled action starting on Friday 17th September. This year promises to be more special than ever as the shows organisers, drivers and spectators look to make up for the two year gap since the last Revival in 2019.

On the track, the world’s greatest historic race meeting will make a sensational comeback and one of the show topping highlights will include the Stirling Moss Memorial Trophy. Often dubbed “the most beautiful motor race in the world”, motorsport fans will be treated to pre-1963 two-driver GT cars battling it out on track as the sun sets on the Friday evening of Revival.

Saturday will host the John Whitmore Trophy presented by Sure, a one-off race for 2021 that will celebrate 60 years of the Mini Cooper by pitting 30 of the diminutive saloons up against each other in a 45-minute, two-driver challenge. Six-time Olympic Champion Sir Chris Hoy and Rockstar Brian Johnson will go head-to-head with a host of Le Mans, World Endurance, British GT and World Touring Car Champions.

The headline race of the Revival is the Royal Automobile Club TT Celebration on Sunday, which will feature an amazing array of 1960s GT cars, as well as a stellar line up of VIP drivers, including world champions from Formula 1, Formula E, touring cars and sports cars.

The Settrington Cup children’s race will return on Saturday and Sunday. Arguably the most competitive race of the weekend, Austin J40 pedal cars will take to the track with their 4 to 10-year-old drivers all eager for another shot at Revival glory.

Across the weekend the Goodwood Revival is celebrating 70 years since British Racing Motors made its first appearance at a Grand Prix grid and will be assembling one of the largest ever collections of BRMs including Grand Prix, Can-Am, F2 cars as well as the legendary Rover-BRM Turbine Le Mans car. For the first time ever, 5 iconic BRM Type 15 V16s will appear together, and on the Friday BRM will unveil the “new” V16, an exact recreation of the original legendary race car.

Away from the track, the Revival will also celebrate Sir Stirling Moss and the 75th commemoration of the 1946 London Victory Parade, alongside appearances from the Grenadier Guards over the weekend.

This years Goodwood Revival is a real celebration of sustainability and there are lots of things for people to get stuck into and experience. Visitors come to escape modern life for a moment, to revel in a time when people cherished and looked after their belongings, repairing, restoring and repurposing them for a lifetime of use. The antidote to fast fashion and fast consumerism.

A new ‘Make-Do and Mend’ corner will showcase a host of restoration projects and, more importantly, how Revival guests can apply some of these methods in modern day life, while a 600 sq ft ‘Dig for Victory’ allotment will make its debut.

Revival Style Adviser Bay Garnett, will be on site talking to visitors about their second-hand outfits, as well as judging the ‘best in show’ in the new “Revival Car Boot Sale” – which promises to be the most glamorous vintage Car Boot Sale ever. Vendors include The Circle, The Circle of Style and EarlyBird Club while Liberty’s vintage edit is also set to pop up at Goodwood. Watch out for the Style Police and ‘Best Dressed Competition’ judges as they’ll be on the lookout for the best and most authentic outfits across the weekend too.

The Timetable for the event is now online and will be available to view over the weekend with live updates in the Goodwood Motorsport App.

New tickets announced: Get a flavour of Revival from only £25!

The final tickets for all three days are available at goodwood.com. This year, due to COVID travel restrictions and many international visitors no longer able to travel to the event, the event is offering two new ticket options to give customers a one-off chance to experience the flavour of the famous historic race meeting.

Watch the action Live on ITV

For those unable to attend this year’s event, they can tune in and witness all the action on the Goodwood Road Racing channel or watch the live and highlights programmes on ITV:

Take to the Road will be drinking in the high octane action over the weekend and a full report from this years Revival will be available next week.