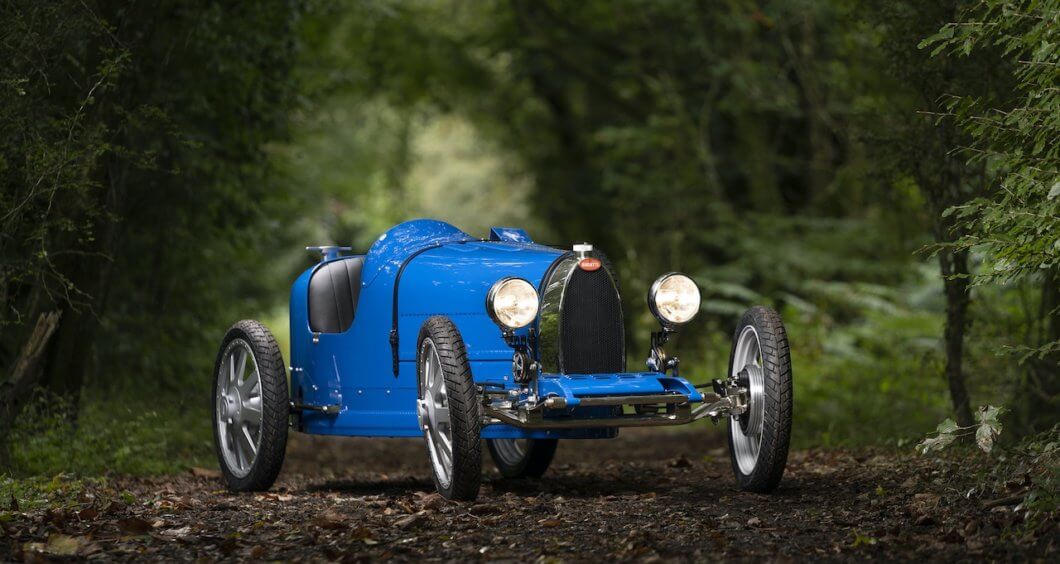 The Concours of Elegance will be launching an all-new feature at its 2020 event: the Junior Concours. Celebrating the best of half-scale handbuilt pedal, electric and petrol-powered cars of all ages, the Junior Concours, sponsored by The Little Car Company, will see parents and their children taking on the roles of Works Drivers and Mechanics.

Much like their full-size stablemates, the Junior Concours cars are mostly handbuilt, borrowing intricate details from iconic cars like the Porsche 917, the Jaguar E-Type, Lancia D24 or – perhaps most famously – the Austin J40. The faithful recreations vary in their complexity, with some requiring pedal power and others – Porsche 917 and Lancia D24 included – making use of electric motors or two-stroke petrol engines and centrifugal clutches.

Over the course of the day, the cars will be piloted by their Works Drivers – supported by their Mechanics, of course – up onto the Concours Live Stage. Competitors will win awards for ‘Best Pedal Car’, ‘Best Electric Car’, ‘Best Petrol Car’ and ‘Best Dressed’, before being treated to a tea party in the grounds of Hampton Court Palace.

The procession of cars up on to the Live Stage will be led by red, white and (French racing) blue examples of The Little Car Company’s Bugatti Baby II. Inspired by the half-size Type 35 built for Ettore Bugatti’s son Roland’s fourth birthday – which proved so popular with clients visiting Molsheim a further 500 were made – the Baby II is built from a precise digital scan of an original Bugatti Type 35.

Just like the original, it features a rear-wheel-drive electric powertrain but there are plenty of modern day upgrades. It is, for example, three-quarter scale and features removable lithium-ion battery packs, a limited slip differential and regenerative braking. The Baby II also features selectable power modes: 1kW, with a 20km/h top speed, 4kW and a top speed of 45km/h, and an optional Speed Key upgrade to 10kW and complete removal of the speed limiter.

Andrew Evans, Concours of Elegance Director, said: “We’ve always considered our event to be extremely inclusive, allowing families to indulge their passion, or spark a lifelong obsession with the world of motoring in their children. With our Junior Concours we’re shining a light on the fascinating world of specially built children’s cars, popularised by the Austin J40 of which almost 32,000 were built from 1950. We’ve got a wonderful collection of handbuilt cars of all ages, complete with working headlamps, innovative powertrains and a near-perfect likeness to the full-size models they seek to imitate. With the support of their drivers and mechanics, the Junior Concours will be as much of a spectacle as any of our other priceless displays.”

At the heart of the Concours of Elegance is a line-up of around 70 of the rarest and most spectacular cars ever built. Visitors can see race-winning Williams F1 cars, unique coachbuilt Alfa Romeos, priceless pre-war Rolls-Royces and more. Lining up alongside them are a number of special features, including a Centrepiece Display dedicated to the McLaren F1 GTRs that finished 1st, 3rd, 4th, 5th and 13th at Le Mans 24 Hours 25 years ago.

The Future Classics class will also return once more, gathering the cars you could expect to see on a Concours d’Elegance lawn 30 years from now. This year’s collection includes a Porsche 911 Reimagined by Singer and a one-of-100 Bentley Continental GT Number 1 Edition.