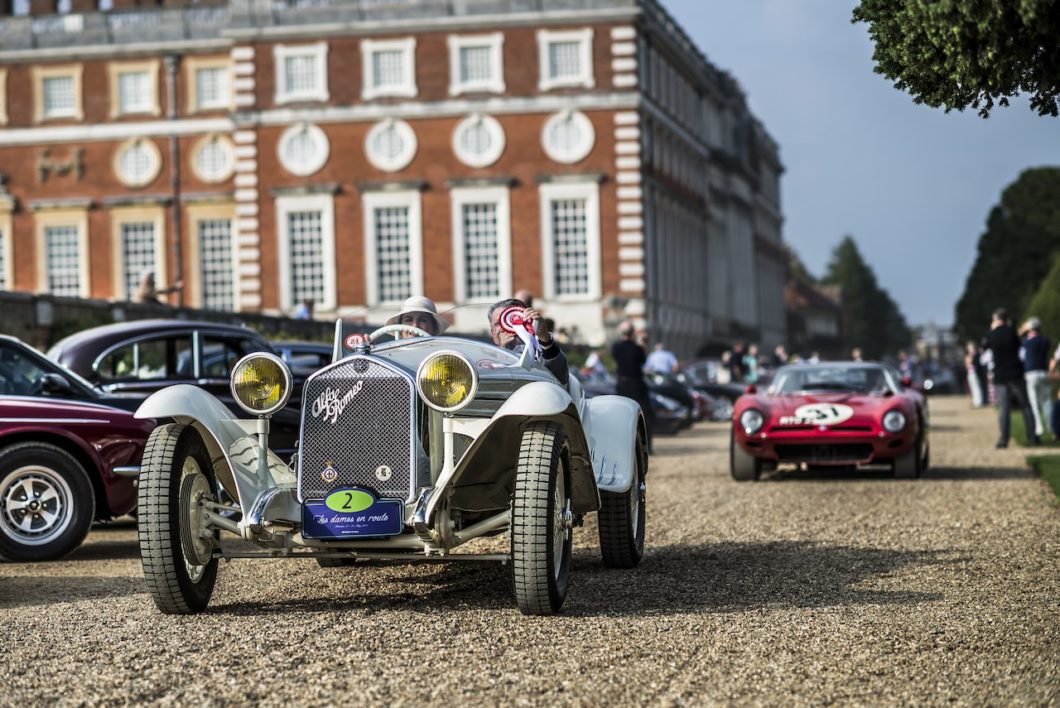 With Concours of Elegance 2021 drawing ever closer, the organisers of the UKs premier concours show have announced plans for a very special 10th anniversary show in 2022.

Plans are underway to celebrate Her Majesty The Queen’s 70th year, with a superb line up of the world’s rarest cars expected to gather at Hampton Court Palace in 2021. Already confirmed is the 30 Under 30 Concours display, and notable cars such as the Bugatti Type 59, the Voisin C-27 Aérosport and the worlds oldest Aston Martin. As momentum builds towards this years show, attention is also turning to the event’s 10th anniversary in 2022.

In 2012, the Concours of Elegance was born, with an event that transformed the collector car landscape in the UK. Never before had there been a concours d’elegance with the calibre of venue and quality of automotive displays to sit shoulder-to-shoulder with the likes of Concorso d’Eleganza at Villa d’Este or the Pebble Beach Concours d’Elegance.

Ever since its debut, The Concours of Elegance has had an association with Royal Palaces and the Jewels of the car world.

In 2022, The Concours of Elegance evolves once more. Returning to Hampton Court Palace’s Fountain Gardens, where it has been held since 2017, the 10th anniversary show will be a automotive reunion extravaganza. Each of the winners from 2012 through to 2021 will be invited and in honour of our Patron will be called The Prince Michael of Kent Class.

Alongside them will be many of the stars of the 2012 event. The shows Steering Committee of motoring experts, who each year handpick cars to be invited to the Concours of Elegance, will each invite their personal favourite from across the years to return once more.

In homage to its royal roots, with the patronage of HRH Prince Michael of Kent, and its unique royal palace venues, the Concours of Elegance will be showcasing a number of the Royal cars for official display.

What’s more, royal vehicles from all over the world, past and present, will be invited to attend, including the famous Rolls-Royces of the Maharajahs. And in the year of Her Majesty The Queen’s 70th year as monarch, a unique display will be curated to showcase one example of automotive endeavour and innovation from each year of her reign.

The Concours of Elegance’s traditional feature displays, including The Club Trophy – for the UK’s finest car club concours winners – and the Junior Concours will be joined by a new 40UNDER40 feature, welcoming forty cars from a younger generation of enthusiast under 40 years old.

Away from the automotive displays, Concours of Elegance will continue to be a showcase for the finest luxury brands in the world, with Presenting Partner A. Lange & Söhne already committed to returning in 2022, alongside the Peninsula London Hotel and Chubb Insurance.

The Concours of Elegance 2022 will take place at Hampton Court Palace from the 2nd-4th September. Tickets and further details will be announced towards the end of 2021.