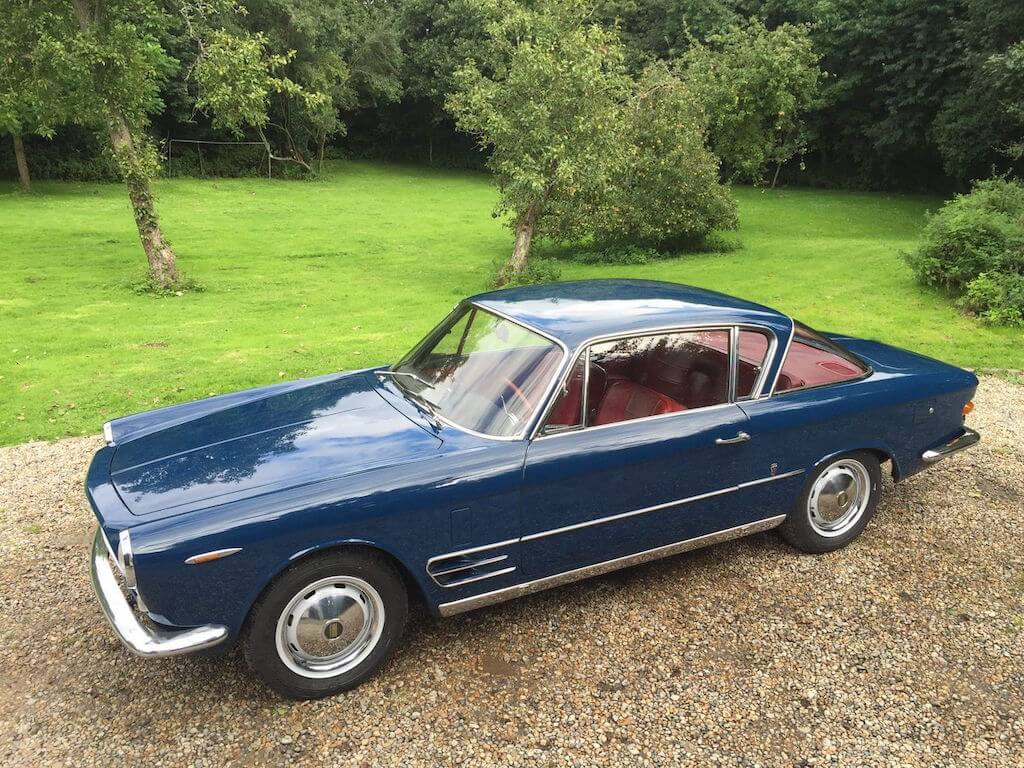 Fiat is well known for making small affordable cars but is less known for its larger luxury car efforts. You could argue that the Turin outfit were slightly jinxed when it came to the lack of success with their larger cars. One such car that didn’t sell very well but deserved to do so was the Fiat 2300S Coupe. Design of the new luxury coupe was entrusted to Ghia and was lead by Sergio Sartorelli (who penned the Karmann Ghia Coupe) with contributions from Tom Tjaarda (who would later design the De Tomaso Pantera). The new coupe, which was based around the Fiat 2300 saloon, debuted at the Turin Motor Show in 1960. It was well received and entered production two years later.

The new upmarket coupe was powered by a 2,279 cc ohv straight six engine which was designed by ex-Ferrari engineer Aurelio Lampredi. The standard 2300 coupe produced 105BHP while the 2300S was tweaked by Abarth. They added an extra Weber carburettor, special pistons, a modified camshaft and a sports exhaust which increased output to an impressive 136 BHP. A four speed transmission was standard though an automatic was also available as an option, the first true automatic to be offered on a Fiat. On the handling front, it was fitted with an independent coil spring front suspension, a live rear axle with semi-elliptical springs.

The attractive 2+2 GT was well appointed on the inside with round dash gauges, vinyl seats and a classic Nardi wood rimmed sports steering wheel. The cars sporting aspirations were further hinted by a passenger foot rest and grab handle on the transmission tunnel. Even The Motor wrote in 1965 of the cars “stability, comfort, and responsive handling at very high speeds”. Despite its stylish GT looks, excellent performance and handling, the Fiat 2300S Coupe wasn’t a big seller. Approximately 7,000 were built between 1961 – 1968 with the coupe eventually replaced by the Fiat Dino Coupe which was introduced in 1967.

The Fiat 2300S Coupe we have spotted for sale is an exceptionally well preserved, low mileage survivor. This 1969 model is a one owner car that spent its whole life in Sicily. Imported to the UK this year, it is described as being highly original, unrestored and rust free. It is finished in Bleu Chiaro and was resprayed in the 1980s due to fading paint work. The paintwork is described as good on first impressions but closer examination reveals a scratch on the boot and two small blisters on the passenger door. The chrome work is intact with minor age marks on the front bumper and grill.

The interior is said to be very well preserved with minimal wear. The seller notes that some stitching has come loose on the headlining. The Nardi wheel has been freshly re-lacquered. Due to the advancing years of the original owner, the car received little use in the past few years. As a result the seller has carried out a full recommissioning which included an engine service, new HT leads, new radiator hoses and a radiator recore. Both fuel and brake hoses were also renewed. The car was also treated to underseal and cavity rust proofing. The seller adds that the car starts on the buttons, sounds fantastic and drives very well.

Due to its low productions numbers and being an Italian car built in the 1960s, the Fiat 2300S Coupe is a rare beast. Many succumbed to the dreaded rust. Most were forgotten about. It is a great shame as the 2300S really is Fiat’s lost GT car. This particular Fiat 2300S Coupe is a wonderful example of Turin’s luxury GT. It is remarkably well preserved and looks just as stylish today as it did in the 1960s. Ghia really succeeded in creating an upmarket looking car with the 3 piece rear window a fantastic detail. It gives the car a futuristic look and adds an American style to its sweeping profile (perhaps this was American Tom Tjaarda’s influence). Another wonderful feature are the small rear quarter windows which allow air into the rear. Again a nice detail.

On the inside the interior is extremely well appointed for a Fiat and is a world away from the spartan interiors normally associated with its cheaper models of the period. The round gauges and the Nardi steering wheel are fabulous and give the interior and very classy and sporting look. We particularly like the grab handle and footrest. The red vinyl seats look very comfortable and the colour contrasts well with the cars dark blue exterior. Even the rear seats look comfortable for a GT car.

Moving on to the engine bay, the straight six is nicely detailed and looks very presentable. Although its 27,000 miles aren’t warranted, the car’s overall condition suggest its mileage is genuine.

This Fiat 2300S Coupe is one of the most stylish 1960’s era Fiats we have come across. It has a wonderful air of sophistication to it with detailing that puts it in Facel Vega territory. Everything from the seats, the chrome trim, especially the piece of shiny chrome on the door jams to the diamond stitched boot vinyl, show that Fiat were very capable of producing a well appointed car. They even thought about a foot rest for the driver. In 1969. It is a pity then that this wonderful GT wasn’t appreciated more in its time. It should have been successful but it wasn’t. As a result the 2300S is a rare snapshot of what Fiat was capable of in the luxury GT market. Given the condition of this example and its rarity, it is a great opportunity to acquire a highly original and unrestored car. It would also make a very interesting choice as a classic GT car and would turn heads everywhere you go. We think, with a respray and further detailing it could make a very nice concours car.

This Fiat 2300S Coupe SS is located in Battle, East Sussex and is offered for sale by Mr Speedlux and has an asking price of £34,995.

More details and photos can be found here on the Mr Speedlux website.

Stunning one off 1946 Fiat 1100C Spider headed to Bonhams