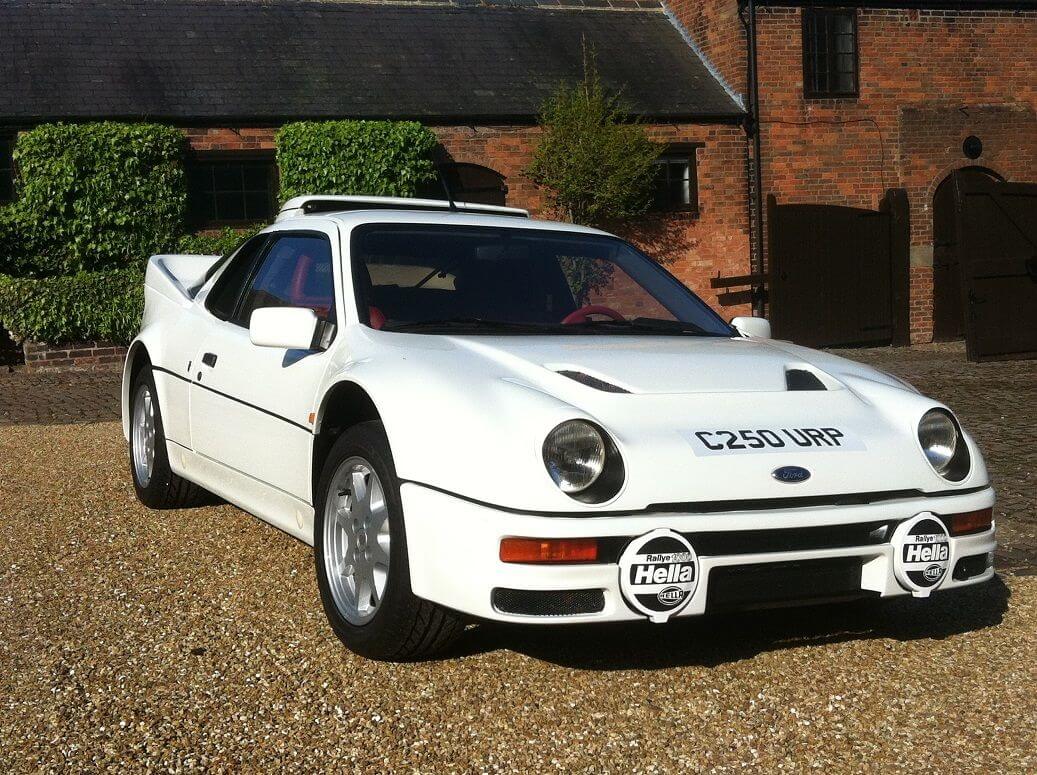 The Ford RS200 was one of the all time great rally cars from the legendary Group B era of the 1980s. Losely based around the Ford Escort/Sierra and following on from the failed Escort RS 1700T project, it utilised a modified Ford/Cosworth engine. Its lightweight aluminium chassis was designed by F1 engineer and designer Tony Southgate and F1 engineer John Wheeler. The light fibreglass body work was designed by Ghia with the package being finished off with a four wheel drive system.

Despite offering what looked like an unbeatable package, the RS200 Group B days were short lived. Fatal crashes at the Rally de Portugal and Hessen-Rallye in Germany in 1986 lead to FIA cancelling the Group B series completely. Thus bringing to an end its brief Group B career. Ford continued racing using the smaller 1.8ltr engines, winning nineteen international rallies in Europe, and several national championships. However the RS200s days were numbered and in all 144 were built between 1985-1986.

Offered for sale is a 1986 Ford RS200 C which has covered just 11,180 miles. Described as being in immaculate condition, it is said to have had a full chassis, mechanical & body refurbishment carried out by BGMSport in 2012. The engine has a 350bhp factory performance pack with the listing stating this included upgraded injectors, ECU/ engine map and fuel pump. This left hand drive example has red Recaro seats with fish net head rest inserts and grey carpet interior. No other details are provided and we assume the thin and light GRP bodywork hasn’t suffered any crazing over the years.

Ford RS200s rarely come up for sale so it is always interesting to see one emerge from a private collection. This one has clearly lead a pampered life and has been maintained by a keen enthusiast. Most RS200s are garage queens with very low mileage though this one has clearly been driven, albeit sparingly in the last twenty nine years. No expense has been spare on this example, evident from the factory performance pack uprating power from 250BHP to 350BHP.

It looks to be in showing winning condition and is a perfect example of the rare RS200 series. The Ford parts bin interior looks immaculate with the red Recaro seats and steering wheel enhancing the grey interior and 1980s plastics.

With prices of Group B rally cars on the rise, this Ford RS200 looks to be priced about right. This is a serious car for serious collectors and would be a dream addition to any collection. With something as powerful as a Ford RS200 sitting it the garage it would be very tempting to drive it and rack up a few extra miles. Wouldn’t you? At £155,000 perhaps not.