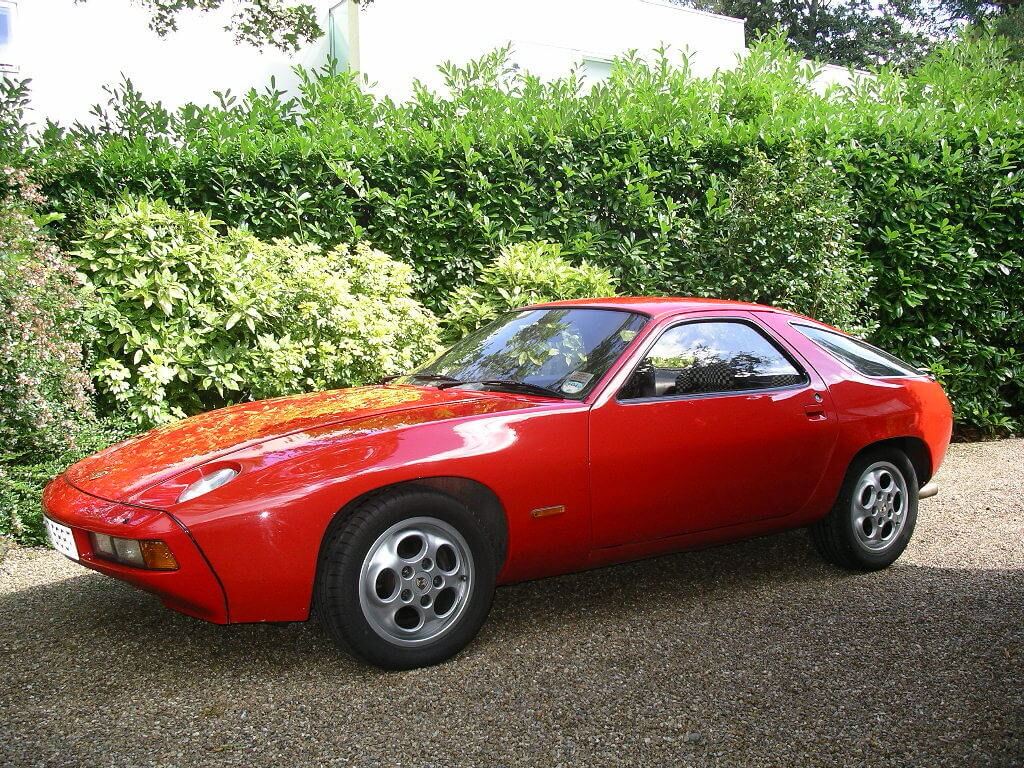 This rare early and un-restored Porsche 928 which we featured on 6th March 2015 remains for sale with the same seller and is still priced at £19,995. More details can be found here on eBay.

In the second of our collector series we have stumbled across an interesting early model Porsche 928. It is well know that the Porsche 928 was intended as a replacement for the legendary 911. This never materialised however. Technically advanced when it was launched in 1977, it packed a water cooled, front mounted 4.5ltr V8 into a sleek 2+2 body and quickly earned a reputation as a capable GT cruiser. It even won European Car of the Year in 1978, a coveted prize for any debut model.

To keep the weight distributed, Porsche’s engineers fitted the transmission in the rear. Five speed manuals were offered but most were sold with three speed manuals. The body was galvanised and had an aluminium bonnet and doors to further reduce weight along with plastic front and rear bumpers. The aerodynamic shape earned it the nickname the “land shark”, aided by the 240BHP produced by its unstressed V8.

Keeping with its tradition for round headlights, Porsche opted for uncovered popup lights. It was all very un-Porsche for some die hard followers of the marque and while sales were good over its eighteen year run, they never reached expected levels. Hence production came to an end in 1995.

The Porsche 928 on offer is a 1978 automatic and is claimed by the owner to be an early UK registered model and one of the few early survivors. Porsche GB confirmed to the owner that UK sales commenced in September 1978 and this car is chassis number 470 which was registered on 08 October 1978. Since purchasing the car in 2013 it has covered 3,000 miles, bringing it up to 91,000 miles and has had a new steering rack fitted by a Porsche specialist.

In 2014 suspension components were replaced along with a rear silencer. New tyres have been added all round and the classic Porsche Teledial wheels have been refurbished. The seller notes that the car has been resprayed at some point in it’s life and is in good order with some bubbling on the tailgate. Rust is normally not a major concern on 928s thanks to a fully galvanised body which has helped preserve many. The interior is said to be all original with the manually adjusted leather seats with pasha cloth inserts are in excellent condition. The rest of the trim and carpets are said to be original with the exception of the luggage cover which is a replacement. Also of note is the lack of a passenger side mirror or sunroof which further proves this is a very early production 928.

Long ignored for “not being a 911”, the Porsche 928 is now entering a period of renewed interest. We have to say we’ve never been 100% decided on the look of the land shark. There are times we love it and times we think hmm maybe not. But one thing you cannot deny is the sound its V8 makes! It is intoxicating. It sounds so good you’d never think it was a Porsche. With interest split between really early or really late models, we think this 928, if it does prove to be the first one sold/registered in the UK, is a must buy for any collector. You could argue that 91,000 is quite high for a collector car but for a 4.5ltr V8 it is only just run in. At £19,995 we think the seller is setting a benchmark for early 928s. With prices starting to climb this very original early Porsche 928 could be an interesting investment.

See our Market Pick feature for a very nice Porsche 944