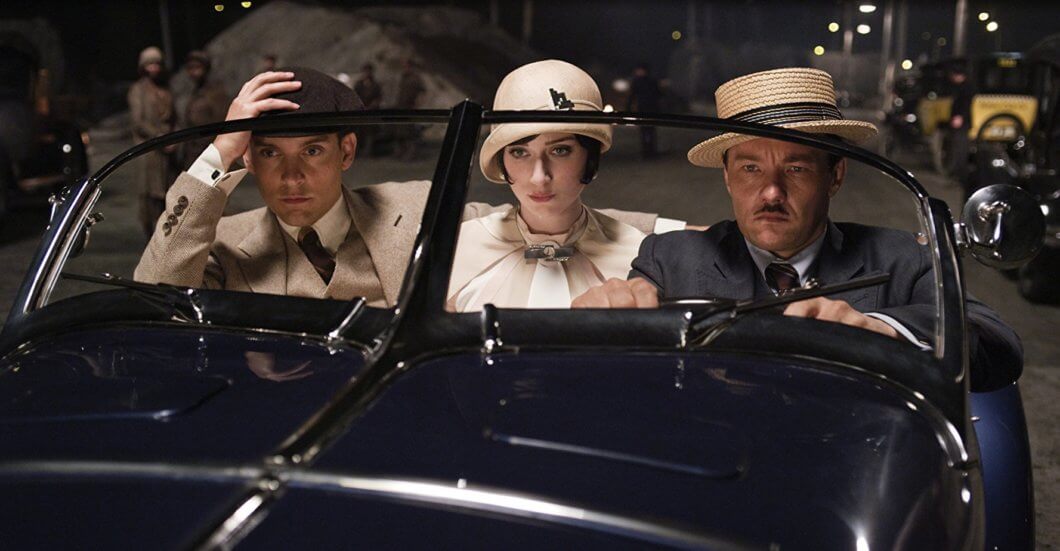 Plenty of films become famous specifically for the vehicles they showcase. But if there’s one relatively recent example that’s flown mysteriously under the radar, it’s Baz Luhrmann’s spirited 2013 adaptation of F. Scott Fitzgerald’s The Great Gatsby. Perhaps the closest thing there is to a definitive “Great American Novel”,  The Great Gatsby has been re-imagined for the silver screen a few times. And always with some of the classic perks and appeals of high class Long Island in the 1920s. No version of the story has been quite as gleefully ostentatious about it as Luhrmann’s however. Tthough one can make an argument Fitzgerald’s original novel is a little more over-the-top and almost fantastical than it’s typically thought of.

A lot of the almost gaudy quality of the 2013 adaptation came down to the cars that were featured, but we’ll get to those momentarily. It’s also important to recognize that virtually every aspect of the film’s composition was designed to showcase a certain lifestyle. Luhrmann turned the famous Gatsby mansion into a sort of 1920s Playboy Mansion, and made the bold decision to feature modern music (most notably Jay Z) on the soundtrack. He outfitted his characters in bright, colorful clothing and sped up their dialogue and interactions notably from previous adaptations. Everything was big, bold, fast, and showy.

This extended to the casting decisions that were made, which were – even if almost on a subconscious level for the director and viewers alike – perfectly in line with a larger-than-life atmosphere. Tobey Maguire, who was chosen to play the protagonist Nick Carraway, is actually quite a parallel for Carraway.

Once a sort of up-and-coming Hollywood darling, Maguire has over time become known for something of a hard partying lifestyle. He’s now known as a prominent celebrity poker player, and has been known specifically to party and/or vacation with Leonardo DiCaprio. DiCaprio, meanwhile, is in a sense the consummate Hollywood star. A sort of larger-than-life playboy who’s charming enough to get away with it. He is in a way the perfect Gatsby to Maguire’s Carraway (a gentler character who becomes partially swept up in Gatsby’s lavish lifestyle).

All of this together – the interoperation of the story, the arrangement of the film, the casting of the leads – serves to play up the richness of Gatsby. And ultimately, it helps to showcase the film’s classic vehicles even more. Within the context of such an explosively inventive adaptation, the cars look at once vintage and flashy. Which is essentially exactly as they ought to be. Basically, the whole setup of the movie served to show off these cars brilliantly. And finally, these are some of the cars we’re talking about….

This car more or less just appears in the background as DiCaprio and Maguire go whizzing by in a far nicer vehicle (which we’ll get to below). It’s not the flashiest example, but it is a very authentic oldie that you can glimpse if you really have an eye for this sort of thing. It appears about an hour and a half into the film.

This is actually a very cool classic that only connoisseurs will likely be familiar with by name. It’s driven by DiCaprio in the film, though it’s not Gatsby’s main vehicle (which again, we’ll get to below).

Classic Cars Of The Great Gatsby – 1929 Ford Model A

This is more or less a background car as well, like the Buick, though it’s certainly a little bit flashier. This particular model is a strong but dim shade of yellow and pulls up by the fountains outside of a large social gathering fairly early on in the film. It’s a quick glimpse, but a nice one.

We’d put the ’28 Chrysler Imperial on a similar level with the Auburn, in that it’s not the loudest of cars, visually speaking. But it’s still quite a nice classic to get a look at. It’s in the background about half an hour into the film, on the side of a very pretty road lined by trees as DiCaprio and Maguire go whizzing by.

Finally, there’s the Duesenberg! DiCaprio got to drive this $3 million beauty for the film, and it felt like the perfect classic for this over-the-top version of Gatsby. Painted a bright yellow with polished silver accents for the film, it looks as if it’s the only car in the world Jay Gatsby would ever drive.

Indeed, some have described it as the Bugatti of its time. Though we should also note that its time was several years after The Great Gatsby was published, so it perhaps wasn’t the most realistic selection. Still, it captures the era and the story extremely well, and it’s excellent eye candy for car lovers.

Here’s why you should own a 1965 Ford Mustang