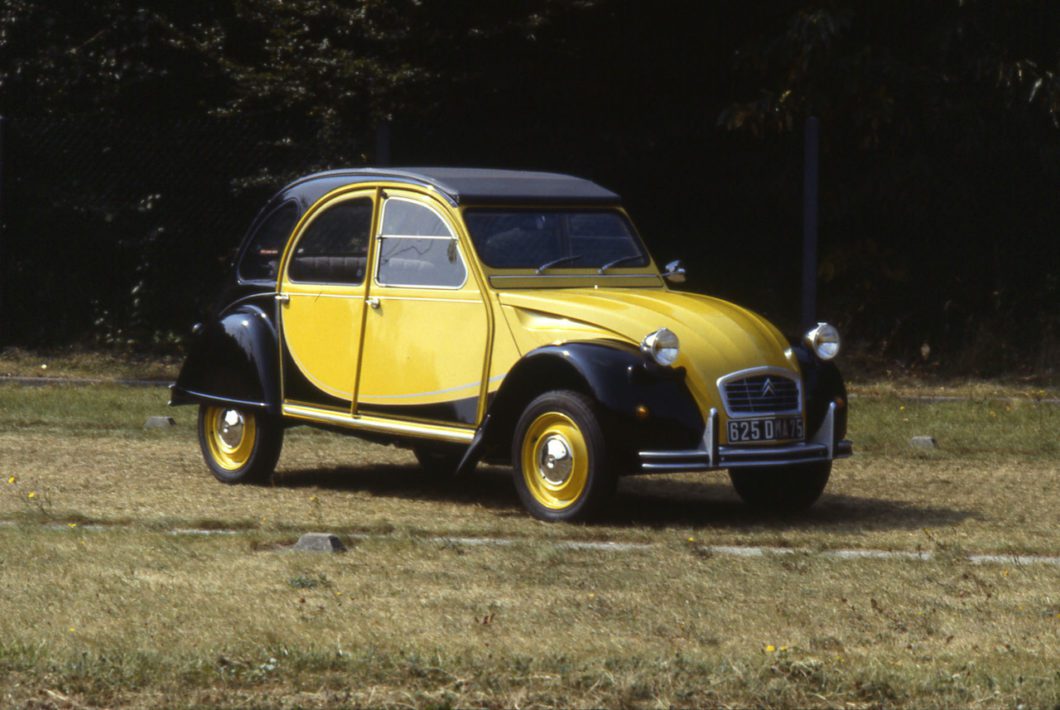 Citroën is marking forty years since the launch of the “Charleston” special series. In October 1980, Citroën released 8,000 2CV Charleston models for a price of 24,800 Francs. The new model was designed to satisfy 2CV fans, with iconic round headlights and distinguishable maroon and black body paint.

The following year, in July 1981, the limited series model was so popular that it was put into mass-production at the Levallois plant and added to the Citroën catalogue. This version differed from the limited edition with its chrome headlights and grey, diamond-pattern upholstery.

Initially sold in Delage Red and Black, it later came with a Hélios Yellow and Black variant in July 1982, which was then replaced in July 1983 with a version coated in two shades of grey, Night Grey and Cormorant Grey.

Production continued in 1988 at the Mangualde plant in Portugal. The models produced at this site can be identified by their windows, which bear the name of the Spanish glazier, “Covina”.

On 27 July 1990, at 4:30 pm, the final 2CV to leave the Mangualde production line was a Night Grey and Cormorant Grey 2CV6 Charleston. This was the 5,114,969th and the last 2CV ever produced. The 2CV remains an icon of automotive history and a favourite of numerous collectors around the world. The Charleston contributed to this success over the last 10 years of production.

It is still possible to acquire one in the form of a three-inch miniature (€5) or key chain (€4), in the Lifestyle Citroën shop. The Charleston remains a popular choice, with one out of every five 2CV miniatures sold is a Charleston.

The historic 2CV boasts 10 special editions launched in France and other European countries:

In 2008, to celebrate the 60th anniversary of the 2CV, a limited-edition Charleston was launched based on the Citroën C3 Pluriel Charleston, with the same Delage Red and Black exterior.