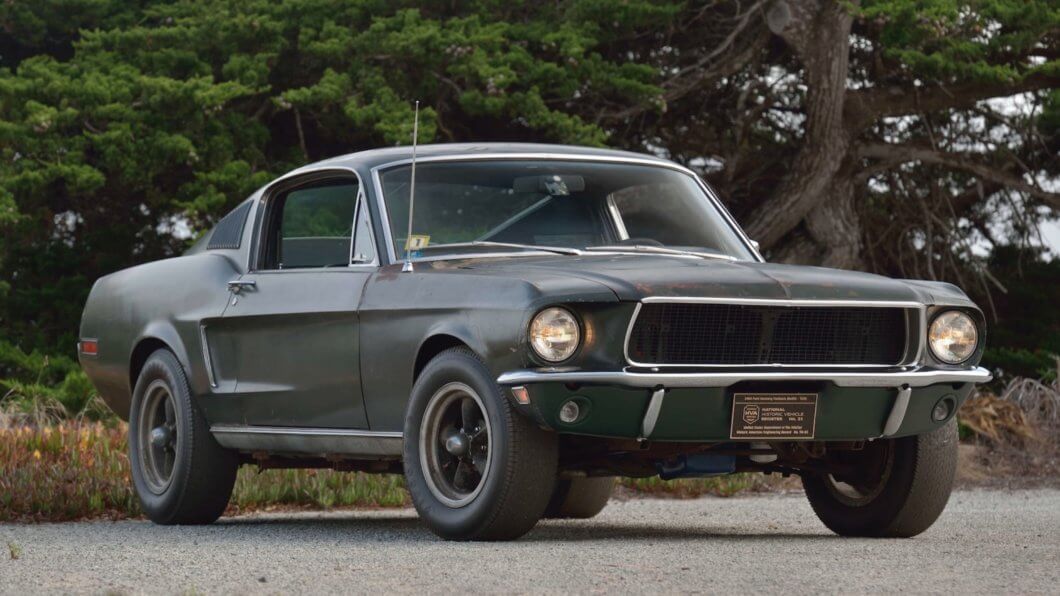 The iconic 1968 Ford Mustang GT “Bullitt” that was driven by Steve McQueen in the cult hit movie Bullitt, has sold for $3.4m at Mecum Auctions. Confirmed by Warner Brother’s as being one of the two Mustang GTs driven by McQueen in the film and identified as being the Hero car driven the most on screen, it is one of the greatest and most sought after movie cars of all time. Purchased by Robert Kiernan in 1974, it has remained in the ownership of the same family since. Such was his love of the Mustang GT he famously declined offers from Steve McQueen himself to buy the car back.

When Bullitt was released in 1968 it caused a sensation and has long since been referred too as the blueprint for all future car chase movies. Such was the impact of the film and the popular appeal of the Highland green Ford Mustang GT driven by McQueen, that sales of the rival bad guy Dodge Charger actually fell, the movie being credited with killing off one of the all time great muscle cars.

This particular Highland Green Mustang featured the GT package which had the 390 CI V8 engine. It was unlike any other Mustang on the road and was modified specially to McQueen’s requirements, as he felt the car was as much a character in the movie rather than just a prop. The rest as they say is movie history, with the chase sequence through the challenging streets of San Francisco and the evocative V8 soundtrack coupled with Steve McQueen’s driving skills creating one of the greatest car chases of all time.

On completion of the film the Bullitt Mustang was sold to a Warner Bro employee who used it as a commuter car. It then moved to New Jersey in 1970 where it was driven by a Detective Marranca. He kept the car until 1974 when it was sold to Robert Kiernan for $6,000. It was used by Robert’s wife as a daily driver until the clutch failed in 1980 when it was put into storage.

When Ford introduced the Bullitt Mustang GT edition in 2001 Robert and his son Sean decided it was time to get the famous movie car back on the road. However Robert was then diagnosed with Parkinson’s and with his health affected and the family farm needing attention, progress on the Mustang stalled. Robert sadly passed away suddenly in 2014 before the car was completed. Determined to get his Father’s dream car back on the road, Sean pressed ahead with the rebuild and got it ready to unveil to the public at Ford’s third Bullitt Edition Mustang at the Detroit Auto Show in 2018. The Bullitt Mustang was officially out of hiding.

With the famous Mustang now back in the public domain, it was certain to cause a bit of a stir when it was entered into Mecum’s Kissimmee 2020 Auction in Florida. Such was the interest that in the run to last weeks auction the estimate was speculated to be in the $5m category. Regardless of that, the Bullitt Mustang remains highly original, still retaining many of the features and modifications from it’s early film star days.

There are few film cars that carry so much history and it was little surprise to see the Bullitt Mustang finally sell for a cool $3.4 m plus 10% commission. We doubt that the lucky new owner will be taking to the streets of San Francisco in the same fashion as Steve McQueen, but we wouldn’t blame them for feeling a bit like the great movie star himself as they cruise around in one of the greatest movie cars of all time.