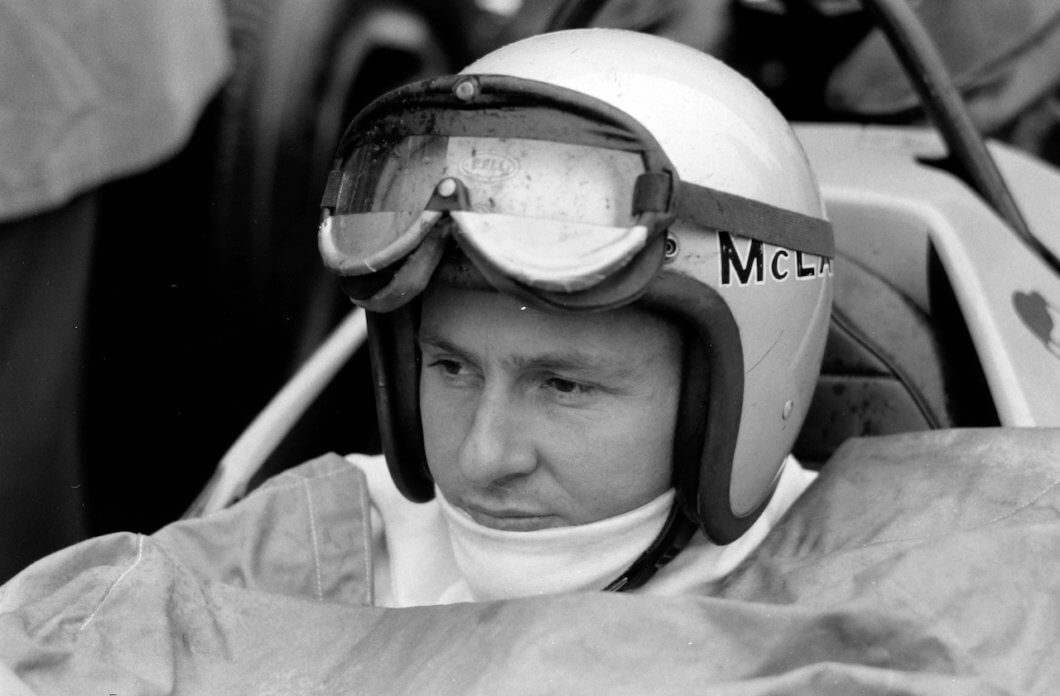 One of motorsports greatest icons, Bruce McLaren will be honoured at this weekends London Classic Car Show. 2020 marks 50 years since the tragic passing of undoubtedly one of F1’s true legends who, despite his untimely death, has left one of the most iconic legacies for generations of motoring and Formula 1 fans. In honour of the impact McLaren had on the industry, Jonathan Neale, Chief Operating Officer of the McLaren Technology Group, will accept The London Classic Car Show’s Icon Award on his behalf during the event’s Preview Evening on Thursday 20 February.

To play tribute to the late, great Bruce McLaren, a special selection of his cars and priceless personal memorabilia, including his racing jacket, crash helmet and trophies, will be on display at the Show from 20-23 February 2020 at Olympia London, courtesy of the McLaren Technology Centre. These include:

Bruce’s father, Les McLaren, purchased the 1929 Austin 7 Ulster for $110. Bruce and his father painstakingly restored the car using second-hand Austin Seven parts. The experience of learning the mechanical side of the sport, as he worked on the tiny 4-cylinder 750cc engine, proved to be incredibly important for Bruce and his development. Bruce entered the Austin 7 Ulster into the hillclimb at Muriwai Beach in 1954; his first competitive driving experience.

The M7C was a one-off creation by Gordon Coppuck, reportedly only finished the night before its inaugural practice session at the 1969 International Trophy non-championship F1 race in Silverstone. Using a number of components that were found in the M10A Formula 5000 car, it notably featured a high front wing that was bolted to the chassis to gain front suspension. The engine was directly attached to the monocoque at the back and supported the gearbox and rear suspension.

The M14D was designed by Gordon Coppuck and Jo Marquart and built for Andrea de Adamich in 1970. The vehicle was similar to the M14A in every way aside from the changes made to the rear end of the car to house the Alfa Romeo V8 engine.

Tragically, the M8D is most remembered as the vehicle in which Bruce McLaren died. However, it also provided the team with one of the most successful years in Can-Am, winning nine of the ten rounds. Nicknamed ‘the Batmobile,’ the M8D was designed by Jo Marquart and produced in 1970 with a Chevrolet V8 engine producing a power output of 680bhp.

In addition, the helmet that Bruce wore during the 1969 Italian Grand Prix will be on display. Three trophies from some of his most iconic wins will also be showcased as part of this special tribute: from his first ever win in the 1954 hillclimb at Muriwai Beach, and his maiden Grand Prix victory at the 1959 United States Grand Prix, where he established a new record as the youngest grand prix winner at the age of 22 years and 104 days. Remarkably, this record was to stand for over four decades until finally beaten by Fernando Alonso in 2003. Finally, The Lady Wigram Trophy from winning the 100-mile race in 1964.

Alongside the commemorative Bruce McLaren feature, The London Classic Car Show will also celebrate the 40th anniversary of the Audi quattro and 50th anniversary of Range Rover, each marked with curated displays of key models. New-for-2020 feature ‘Car Stories’ will relay the histories of six incredible cars, told by the people that know them best, including Adrian Newey OBE, Ian Callum CBE and Tiff Needell. There will also be a vast range of magnificent machines for sale courtesy of top UK classic car dealers, including a matching numbers original Aston Martin DB4GT, a 1959 Mercedes-Benz 300SL Roadster and an incredibly rare 1963 Aston Martin DB4 Series 5 Vantage in fast road configuration.

For more information and to book tickets visit www.thelondonclassiccarshow.co.uk.