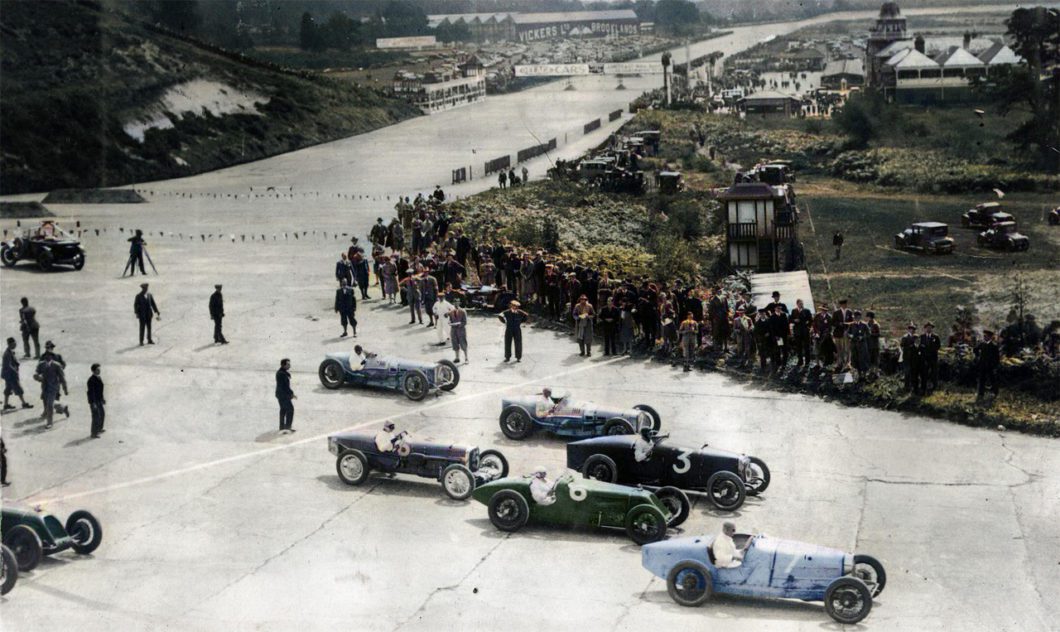 Brooklands Museum is set to mark the 95th Anniversary of very first British Grand Prix, which will take place at Brooklands Relived on 7th August.

Organised by the Royal Automobile Club and held in 1926 at Brooklands, the world’s first purpose-built race track, the first British Grand Prix formed part of the World Manufacturers’ Championship. It was held in conjunction the continental Grands Prix in Spain, France and Italy and the Indianapolis 500.

Ninety-five years later, Brooklands will once again welcome some of the vehicles that took part in the very first Grand Prix, along with examples of Grand Prix cars from every decade up to 2013.

Grand Prix racing has long been held as the pinnacle of motorsport and has driven technological development at an unrivaled rate. Brooklands Museum will tell the story of the first Grand Prix and its place in history during Brooklands Relived with the highlight of the day expected to be the ‘race starts’ which will see both cars and bikes setting off at racing speed up the historic Finishing Straight and onto the Members Banking just as they did in 1926.

Brooklands has an unparalleled history in British motorsport and aviation and serves to inspire the next generation to pursue careers in science, technology, engineering and maths.

Among the permanent exhibits at Brooklands is ‘Driven by Design’, a new supercar exhibition opened on 26th July in collaboration with McLaren which features a McLaren Senna GTR prototype car, a McLaren Senna GTR concept car and a full-scale LEGO model of a McLaren 720S.

Britain was first awarded the opportunity to run a Grand Prix after Sir Henry Segrave won the French Grand Prix in 1923 putting Britain on the motorsport map and starting a tradition of British Grand Prix winners that continues to this day with seven-time world champion Sir Lewis Hamilton.

Emphasising the close links between the motorsport, experimental engineering and aviation worlds in the 1920s, there were no fewer than five past, present and future Land Speed Record holders competing in the 1926 event.

Samantha Hart, Marketing Director of Brooklands Museum said: “Anyone who watched this year’s British Grand Prix will understand the importance this event has for the country. In 1926, Britain’s motorsport industry didn’t hold the position it does today. The running of the first British Grand Prix at Brooklands was a huge step for motorsport in this country and brought top level drivers, teams and engineers to compete here.”

“The British motorsport industry has since gone from strength to strength and now employs around 40,000 people, exporting globally. Having Britain as the hub of Grand Prix racing hasn’t just benefited our motorsport industry, it has driven developments in automotive, aviation, marine and even the medical industry. We hope that by bringing together examples of Grand Prix cars spanning ten decades, we can inspire the next generation to see the possibilities that engineering can make into reality and look towards engineering for their future careers.”

More details about Brooklands Relived can be found on the Brooklands Museum website.