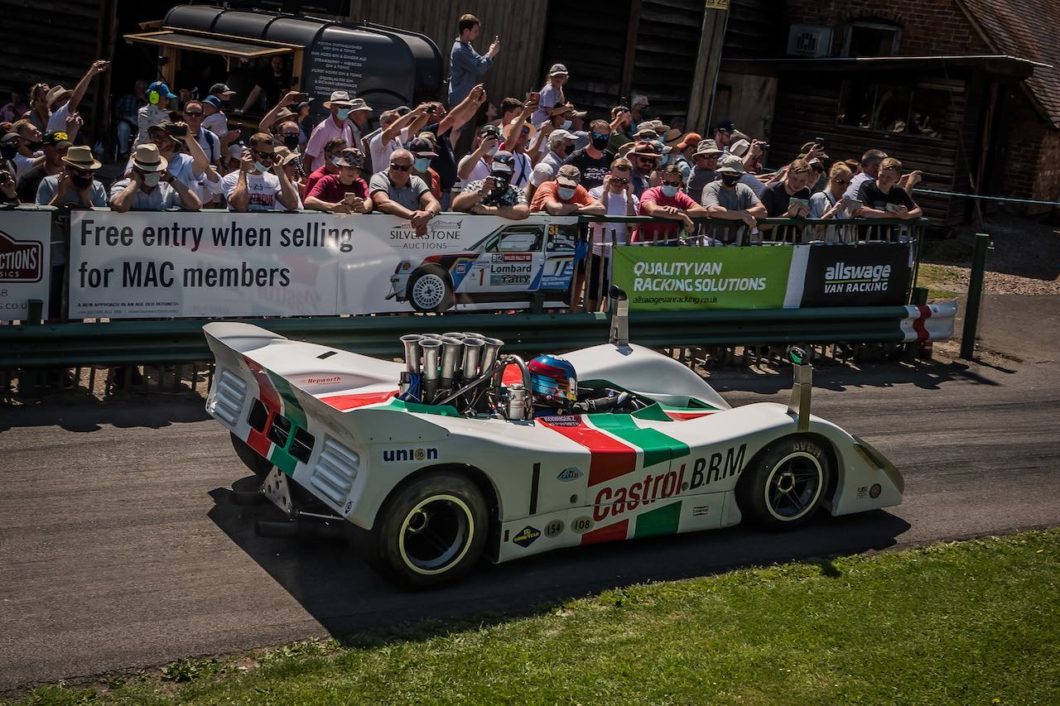 BRM will celebrate the 60th anniversary of its first World Championship victory at the Classic Nostalgia weekend, which is taking place at Shelsley Walsh on 16th – 17th July 2022.

The famous hill climb has been selected as one of three flagship events at which BRM will celebrate the 60th anniversary of its 1962 World Championship victory. In a final-round showdown at that year’s South African Grand Prix, Graham Hill saw off the challenge of Jim Clark and won the Drivers’ title for himself and the Constructors’ title for BRM. It was the first time a British driver had won the World Championship in an all-British car, and the fulfilment of a vision that had been 15 years in the making.

It is entirely fitting that BRM will be returning to Shelsley Walsh. The team was founded during the late 1940s by Raymond Mays, who had a long and successful history at the prestigious Worcestershire Hill Climb. Between 1923 and 1950, he set Best Time of the Day on no fewer than 21 occasions, most of which came at the wheel of cars built by his English Racing Automobiles (ERA), the most famous being his ERA R4D.

By the time Mays took his final victory at Shelsley Walsh in June 1950, his new British Racing Motors team was about to give the spectacular V16 Formula 1 car its maiden outing. His patriotic ambition was to break the domination of continental teams such as Alfa Romeo with an all-British Grand Prix car. BRM went on to win 17 Grands Prix between 1959 and 1974, and, in addition to Graham Hill, employed drivers such as Juan Manuel Fangio, Stirling Moss, Jackie Stewart and Niki Lauda.

The Classic Nostalgia meeting will showcase a collection of more than 20 historic BRMs curated by the British Racing Motors, the BRMA and the Owen family, Sir Alfred Owen having bought the team at the end of 1952 and steered it to its greatest successes.

The iconic sound of the V16 engine will reverberate around Shelsley Walsh thanks to the arrival of the first new BRM P15 V16 which was announced in November 2020. The exact recreation of the original Grand Prix race car is the brain child of John Owen, son of Sir Alfred, who was determined to hear the mighty BRM 1.5-litre supercharged V16 roar once again.

The project started with the discovery of three unused P15 chassis numbers within the original BRM team archives and over a 2 year period became a reality through a collaboration between BRM and Hall & Hall, led by former BRM engineer Rick Hall. The project spectacularly continues the historical link between Hall, BRM and the Owen family that dates back some 50 years.

The three new P15s are the first to be built since 1953, and have been created using the original drawings and with a painstaking dedication to authenticity. The cars comprise more than 36,000 individually engineered components – with the V16 engine accounting for more 4,000 of those.

Another exciting discovery was recently made when the long lost body buck for the original BRM Mark 1 P15 V16 was found once again. The bucks rediscovery means it can now be used to build Chassis V, the second of three ‘new’ 16-cylinder P15 V16 BRM racing cars.

The new P15 will be joined at Classic Nostalgia by a P154 (feature image above) that was raced in the Can-Am series by Mexican ace Pedro Rodriguez. Former team drivers Richard Attwood and Mike Wilds will also be at Shelsley Walsh, along with Sir Alfred Owen’s grandsons – Nick, Paul and Simon – plus with many notable BRM guests.

‘It will feel like a real homecoming for BRM,’ said Paul Owen. ‘Not only was Shelsley very special to Raymond Mays, Ken Wharton demonstrated the V16 there during the 1950s, and great hillclimbers such as Tony Marsh, Tony Griffiths and Peter Lawson enjoyed considerable success in BRMs through the 1960s. We’re very excited to be going back there for the Classic Nostalgia meeting, and look forward to a new generation of enthusiasts having the chance to see and hear the V16 as well as many other BRMs.’

The Owen family and Porter Press International are producing a new book charting the history of the team to celebrate the 60th anniversary of its World Championship success. BRM – Racing for Britain will be available from the MAC shop throughout the Classic Nostalgia weekend. The popular annual event is set to return with its usual mix of great race and rally cars on the hill, plus owners’ club displays, the pre-1985 Classic & Sports Car Concours d’Elegance, and off-track entertainment including live music and the Ken Fox Wall of Death stunt show.

For more information and to book tickets for this years Classic Nostalgia weekend at Shelsley Walsh, head to the event website.