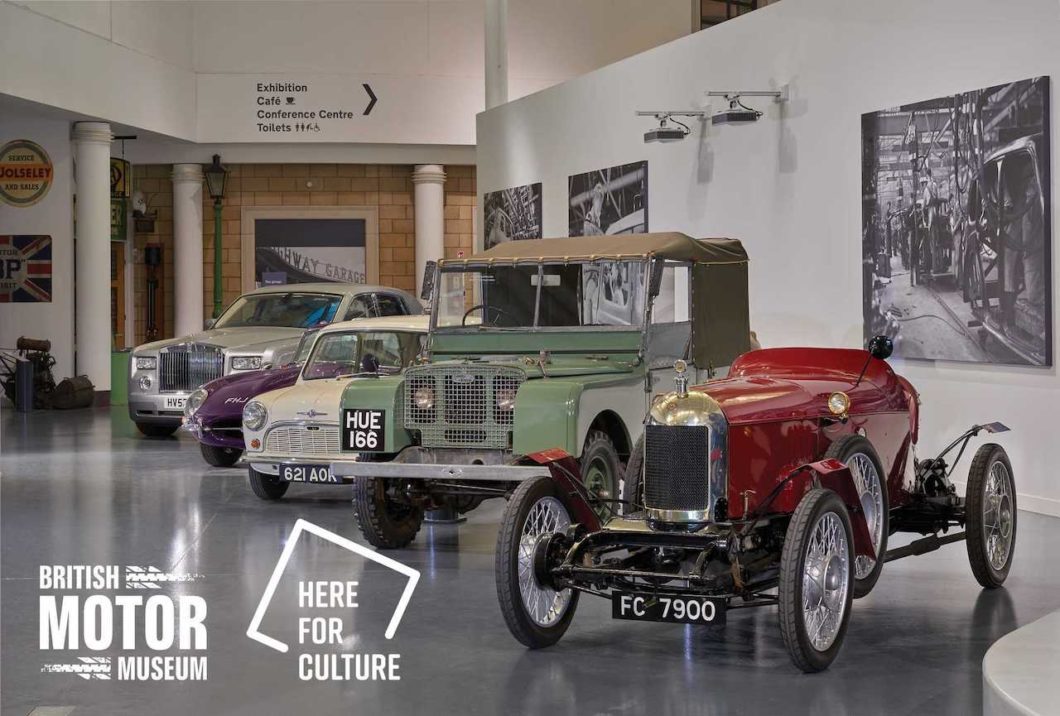 The British Motor Museum has won a prestigious Royal Automobile Club Historic Award in the Collection category. The annual Awards were announced on 28 January and recognise outstanding achievements within the British historic motoring and motorsport world. The judges had an impressive and diverse list of candidates across all 8 categories to scrutinise. The British Motor Museum fought off strong competition from the National Motor Museum at Beaulieu and Vauxhall Heritage to win the highly coveted Collection category award.

The Museum won the award for a number of reasons, namely hosting three exhibitions during 2020 and through two lockdowns. These included a major exhibition celebrating the 50th anniversary of the Range Rover and “Metro at 40” which celebrated one of Britain’s best-selling small cars. The exhibition is free to view from the Museum’s website and gave everyone the chance to celebrate this iconic car’s special birthday.

In October 2020 the Museum opened an exhibition from the Jaguar Daimler Heritage Trust. “When Jaguar Bought Daimler” told the story of when Jaguar bought the Daimler Company from BSA in 1960. The Museum also remained very active online throughout the unprecedented year with its #historybeginsathome social posts and a lively blog. On 13 October 2020 the Museum held its first ‘Gaydon Gathering’, an informal socially-distanced evening for enthusiasts and their classics, with the opportunity to see the Museum’s collection in action.

Jeff Coope, Managing Director at the British Motor Museum said “We are delighted to have won the Collection category award. I would like to thank the Royal Automobile Club for continuing to hold the awards this year despite the challenges this must have presented. I would also like to thank the team at the British Motor Museum, not only for their hard work and enthusiasm throughout this exceptional period but also for thinking laterally – for never being satisfied with just closing the museum when we had to…. “If people can’t come to the museum then the museum can go to the people” was the thinking”.

“We increased the content and output on our social media platforms and developed our learning programmes to make them available online. The Metro at 40 exhibition was put together by our curatorial and archive team and has been a fantastic success, receiving lots of regional and national press interest and even appearing on BBC Breakfast! We are still receiving Metro memories from owners past and present which goes to prove that this humble little car is still working for the British Motor Industry!”

For more information about the Awards please visit www.royalautomobileclubhistoricawards.co.uk