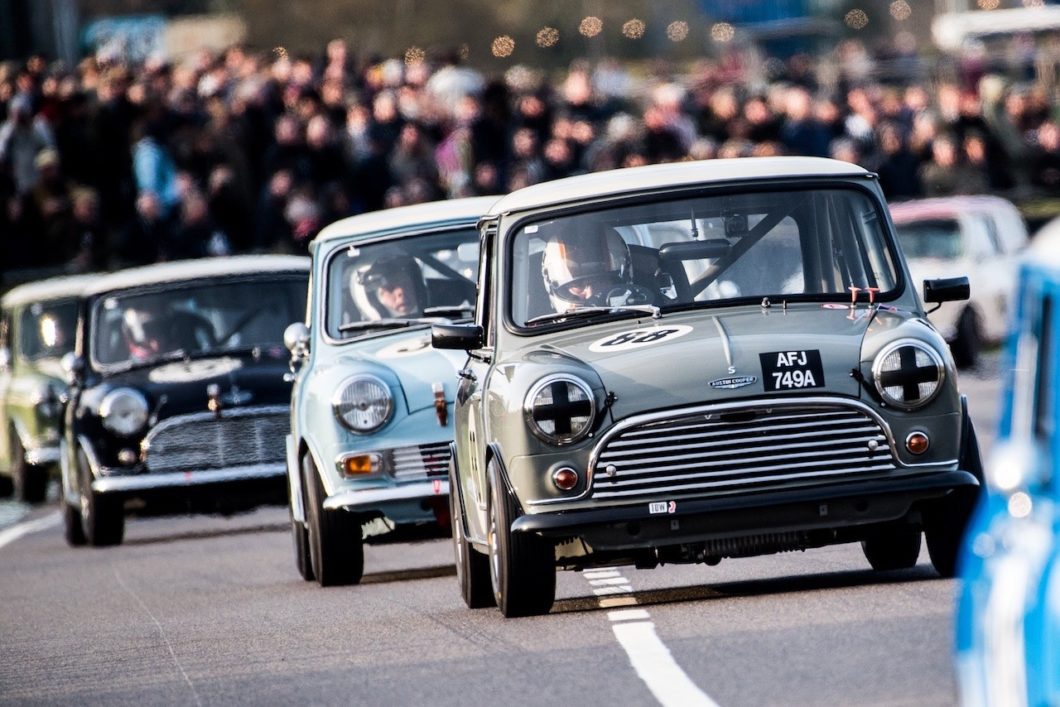 Goodwood has announced that rock legend Brian Johnson of AC/DC fame and Six-time Olympic and 11-time World Champion Sir Chris Hoy will be taking part in the mighty Mini Cooper race at the Goodwood Revival next week.

The Goodwood Revival returns Friday 17 – Sunday 19 September, and the organisers have confirmed that they have assembled one of the most illustrious ever grids for the John Whitmore Trophy. The highly anticipated race is due to take place on the Saturday morning of the event.

Olympic and World Champion Sir Chris Hoy and rock maestro Brian Johnson of AC/DC will line up alongside the likes of Le Mans 24hr winners Emanuele Pirro and André Lotterer. Also taking part are former Formula 1 drivers Jochen Mass and Brendon Hartley. The only multiple Formula E Champion in the series’ history, Jean-Eric Vergne will be joining in the historic racing action. They will be joined by F1 drivers-turned-broadcasters Martin Brundle, Karun Chandhok and Tiff Needell, with the former going head to head with his son Alex, himself a European Le Mans Series Champion.

Between them the starting grid for the John Whitmore Trophy presented by Sure can boast:

Named after Sir John Whitmore, who won the British Saloon Car Championship in a Mini in 1961, his first year in competition, the one-off race will celebrate 60 years of the Mini Cooper, pitting 30 of the iconic saloons against each other in a two-driver, 45-minute race.

Following the success of the all-Mini St Mary’s Trophy in 2009 and the Betty Richmond Trophy at the 77th Members’ Meeting in 2019, this is without doubt set to be one of most closely contested and exciting races of the Revival weekend.

Sir Chris Hoy will take to the track again on the Sunday of Revival, leading hundreds of cyclists in a special inaugural ride to celebrate Eroica Britannia’s new home at Goodwood, ahead of the iconic vintage cycling festival’s return to the Goodwood Motor Circuit next year.