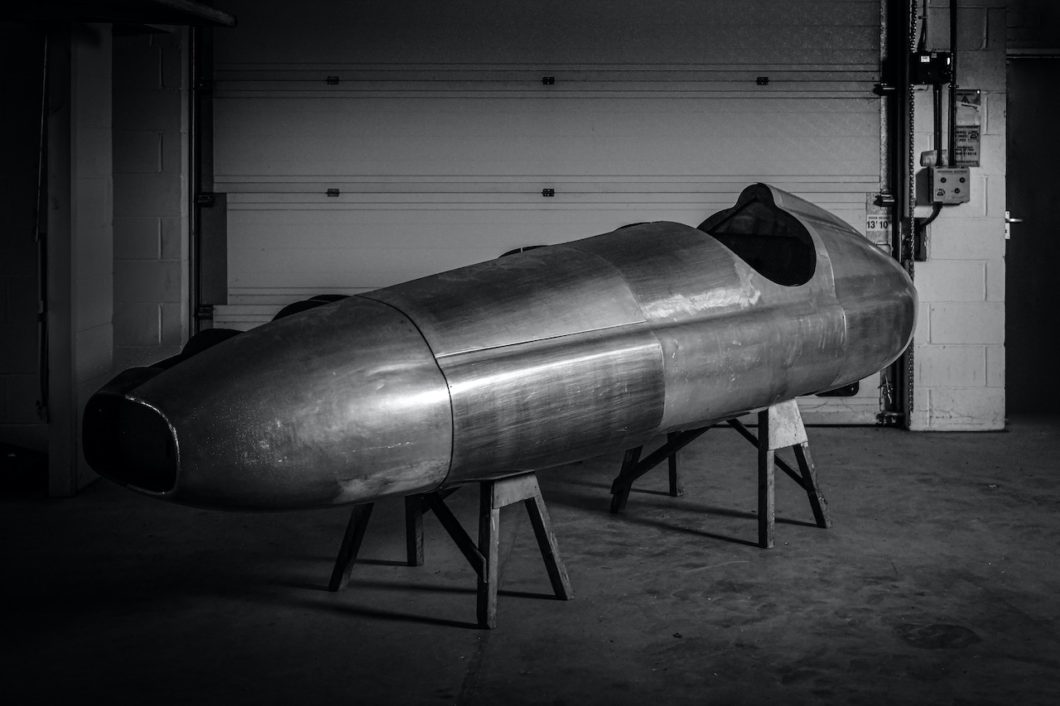 BRM has announced that the body buck for the original BRM Mark 1 P15 V16 Formula One car has been discovered. Handcrafted in 1949 to help build Britain’s first F1 car, the whereabouts of the original buck were unknown for decades, until it was recently unearthed.

The body forming jig was created to build the first six BRM cars that were unveiled to the world at RAF Folkingham on December 15th 1949, and ran at Goodwood’s international race meeting in September 1950. While the cars evolved throughout the early 1950’s to improve cooling, handling, and performance, the very first P15 V16 is the purest form of this iconic car.

When the body shape was altered, George Gray, the man tasked with turning Peter Berthon’s design into reality, stored the jig in the roof of his boat house, where it remained for the next 70 years and was lost to the annals of time.

“With the discovery of the original body buck, we now have the opportunity to produce a car to the original shape and specification of Britain’s very first Formula One car”, said Paul Owen, grandson of Sir Alfred Owen. “This car has not been seen in this form for over 70 years, and it is a privilege for the Owen family to be in a position to bring it to life once again.”

Rick Hall, the former BRM F1 team engineer who will oversee the construction of this ‘new’ BRM V16, said “it is extremely satisfying to have finally tracked down the original Type 15 jig, which will enable us to craft the car in the form that it was presented to the world in 1949.”

“I believe that the simplicity and beautiful lines of this car will only really be appreciated in the flesh. Very few people alive today will have had the opportunity to see this car before. Looking back at the original drawings, we were surprised at the amount of technical changes that were made to the car in period. We are relishing the challenge to bring it back to life once again.”

After the confirmation of the discovery, Hall & Hall and BRM approached Richard Mille, founder of the exclusive global luxury watch business, to ask if he would be interested in building his already commissioned Chassis V to the original specifications. An avid fan of BRM, Richard commented “it would be a privilege to see this car built in its original form, and a fantastic addition to my existing BRM collection.”

Work has already commenced on building the Chassis V, which represents the second of three ‘new’ V16 Mark 1s, and is expected to be completed early in 2023. With one car commissioned by the Owen family, and with this latest commission from Richard Mille, there remains one final Mark 1 V16 chassis yet to be allocated.