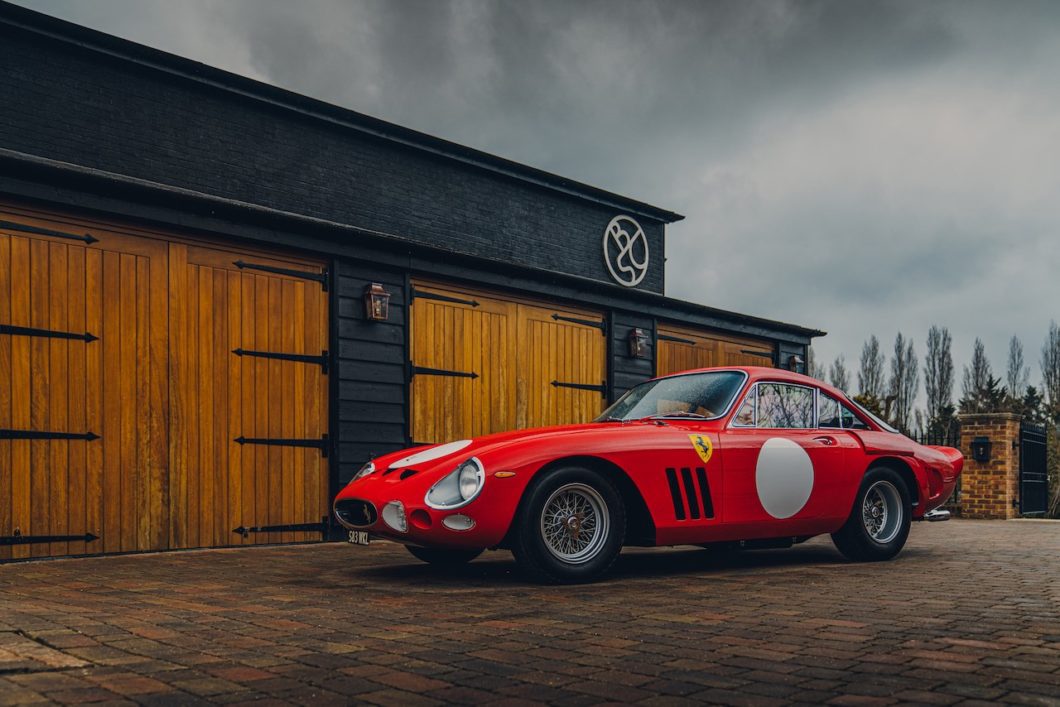 Bell Sport & Classic has unveiled its latest project, an authentic remastering of one of the rarest period Ferrari racing cars ever: the 330 LMB.

The result of a joint development programme between Bell Sport & Classic and the business’s owner, the project’s vision was to build an authentic 330 LMB, blending originality and the utmost attention to detail with the very latest restoration techniques and sympathetic enhancements in order to create the perfect, remastered machine.

Built to be used and enjoyed on the road, this one-off car is based on a Ferrari 330 GT 2+2, and pays respectful homage to the original 330 LMB, of which only four were built in period for competition purposes . With a bespoke alloy body hand-crafted using templates taken from Chassis 4725, this is the only right-hand-drive example ever made.

The origins of this remastering project can be traced back more than a decade. “The story begins with Edward Carter, an Essex farmer who was a huge Ferrari enthusiast,” explains Bell Sport & Classic Managing Director Tim Kearns. “Ed wanted to add a 250 GTO recreation to his collection but was steered away by one of the pre-eminent 330 LMB experts, Terry Hoyle. Having intimate knowledge of Chassis 4725, the original right-hand-drive LMB, Terry had another idea: ‘There are many 250 GTO recreations – you should do an LMB instead’.”

In November 2010, a donor right-hand-drive 1964 Ferrari 330 GT 2+2 was purchased by Ed and a vision formed: make the recreation more use-able on the road, but with a racer’s character. Nuneaton-based RS Panels was tasked with shortening the chassis and creating a bodywork buck.

In addition to a comprehensive set of photographs Terry Hoyle had of Chassis 4725, a trip was even taken to New York to capture cardboard body patterns, measurements and more images of the original 4725 car.

Tragically, Ed Carter was never to see the project completed, losing his life in a road accident in September 2015, and for the next two years, the car lay dormant.

In 2017, the owner of Bell Sport and Classic stepped in to rescue the project and the car found a new home at the company’s workshops in Markyate, Hertfordshire. It was here that a single overarching goal was set: use the project as a test case for Bell Sport & Classic’s restoration skills, establishing a new benchmark in the industry.

When the car arrived at Bell Sport & Classic, the projected was headed-up by Elliot East. On arrival the car was found to have the wings and roof were already attached. However, the dashboard was not fitted, and the door skins were incomplete. “As they were, the doors were spot-on for an original LMB. They felt super-light, but they lacked the more substantial road car weight we were looking for,” explains East. “So, we reworked them again and again, but very subtly, strengthening every single aspect including the hinges, the skins and the window frames until we got the perfect weight.”

Many of the parts required to complete the body simply could not be sourced anywhere in the world, at least not to the high quality demanded by Bell Sport & Classic. So, the only solution was to fabricate them in-house.

“We spent more than a year searching for window catches; in the end we made them ourselves to ensure we were happy with the fit and finish. Our engineering department also made the aluminium fuel filler cap from scratch,” reveals East.

Once the team was happy with the level of quality achieved, the body was painted classic Rosso Corsa red over a painstaking ten-week period. Finally, white racing roundels were added, as they would have been in period at the Maranello factory before the assault on Le Mans back in 1963, and a pair of Scuderia Ferrari emblems painstakingly hand-painted on each front wing as they would have been in period.

To take the Colombo V12 engine to full LMB specification, Bell Sport & Classic’s engineering department converted it to a dry-sump specification and increased the capacity from 2953cc to 3967cc. “An extraordinary level of work was required to complete the process. Items such as the camshafts, timing case, water pump, oil and fuel tanks, oil filler tubes and caps had to be specially created for the car,” explains Attilio Romano, lead for Bell Sport & Classic’s engineering department.

The six carburettors are bespoke commissions in place of the Weber 42s fitted to the engine in period. The fuel rail and linkages are also bespoke creations. Once complete, the fully rebuilt engine was run-in and tuned on the dyno, and the result is 390bhp at 7000 rpm and 300 lb/ft of torque at 6000 rpm – precisely the same as in period. The only specification change has been the addition of a cooling fan, a modification that reflects the car’s road-bias.

At the start of the project, a five-speed transmission from a Mk2 330GT in Switzerland had already been sourced. While the original race cars were equipped with four-speed gearboxes, Bell Sport & Classic retained the five-speed unit as a sympathetic enhancement to improve the car’s road manners and use-ability.

The interior has also received careful attention with the addition of some creature comforts, such as carpet. “In the 1980s, the original 330 LMBs were retrimmed in ‘Competition Lusso’ style,” reveals East. “So, we selected this specification, keeping the black Corduroy seats and ‘wrinkle’ dash but adding carpets and trim detail. With race-focussed instruments and dials, the car retains a very period motorsport feel, while delivering a true GT experience on the road.”

Tim Kearns, Managing Director of Bell Sport and Classic, said: “This remarkable 330 LMB remastering is an outstanding showcase for the incredible talent that lies within Bell Sport & Classic. The dedication they have put into this very special project over the last three years is outstanding, with every component either restored, rebuilt or created from scratch, blending the very latest restoration and engineering techniques with a selection of sympathetic upgrades.