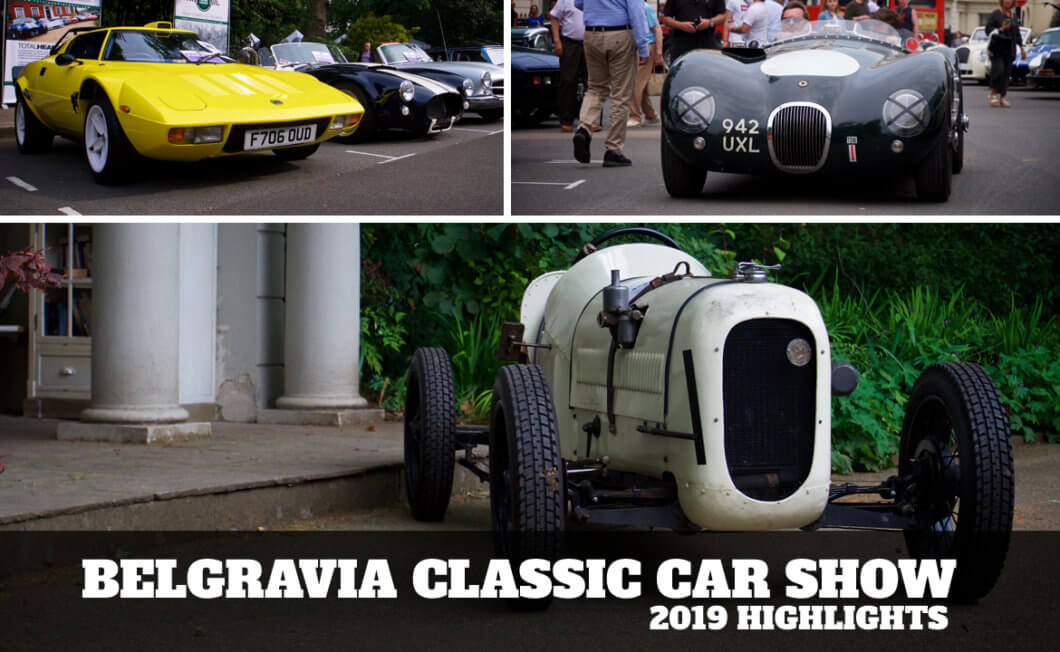 On Sunday 23rd June the 96 Club marked its 40th anniversary at the Belgravia Classic Car Show 2019. This special celebration brought together over 250 classic and vintage cars, all presented for the public’s enjoyment in the leafy gardens of Belgrave Square.

Organised by the 96 Club and the Waterloo Classics Car Club, the Belgravia Classic Car Show is the premier classic car event in London. Once again the caliber of cars on show was simply stunning, with 96 Club members and their friends traveling from far and wide for a weekend of petrolhead banter and the relaxed picnic style atmosphere of the square.

As cars of all ages, shapes and sizes descended on the embassy quarter of London, the crowds filled the shows five display areas. As with last years event there were displays in the Inner Circle, East Garden, West Garden and the South Garden. This year however another special area was unveiled with the whole outer ring of the square being set aside for display cars. Which effectively doubled the number of cars on show.

Moving through the leafy and shaded grounds there were automotive delights stretching as far as the eye could see. Some stand outs in the East Lawn were a super rare and characterful MG M Type Sportsmans Coupe, which sat alongside a lovely Morris 10/6 Tourer and an pretty Austin Seven Tourer.

Another stand out on the East Lawn was 96 Club organiser and Waterloo Classics Club founder Darren Sullivan Vince’s rare and stunning BMW 502 saloon. This car has undergone an extensive restoration over the past six years, having been acquired in a pretty neglected state.

Further exploring of the grounds revealed this wonderful 1930 Austin 7 White Rabbit Racing Monoposto. This little beauty was created from the burnt out remains of a Boyd Carpenter Special and raced at Le Mans in 1937 and 1939 under the L’Ecuire Lapin Blanc, which essentially means Team White Rabbit. The team mascot was a stuffed turtle shell, a replica of which has been recreated for the car.

This little racer may be compact but it packs a Cozette N0 4 supercharger under the bonnet!

The cream of the crop was reserved for the Inner Circle, which housed some exceptionally rare and precious piece of motoring history.

On display in the marque was this 1928 Rolls Royce Phantom 1, owned by Bryan who we have feature in the past here on Take to the Road (we tested two of his vintage electric cars and featured his Stanley Model K Steamer). This 18.6ft long motor is the last remaining 2/4 seater Rolls Royce with this body type.

As with any show of this caliber there were prizes for some very lucky car owners. Peter Bolta was awarded Most Original Car for his exceptional 1984 Lotus Esprit Turbo. It was one the nicest examples we have seen for a very long time and it looked very sharp indeed in white.

Whilst at the show we also bumped into our good friend and Take to the Road feature star Al Walter who brought along one of his Porsche 928s to show off to the crowds.

And that brings to a close Take to the Road’s Belgravia Classic Car Show 2019 Highlights. We can’t wait to see what automotive delights will be on display in 2020!