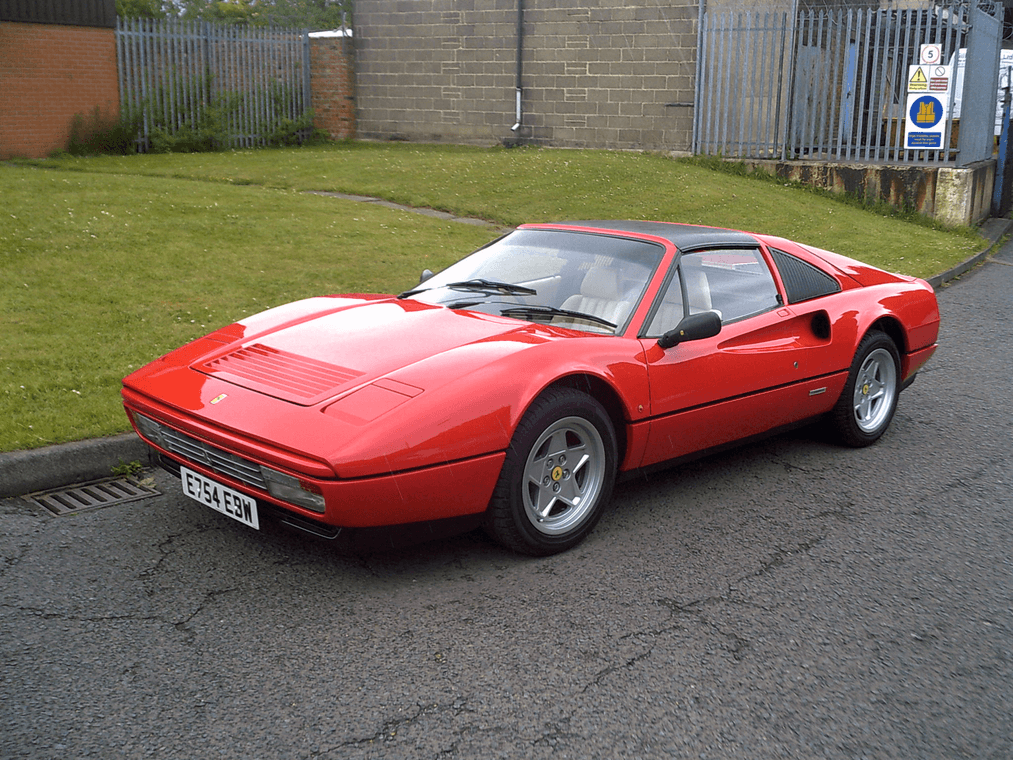 Launched in 1985, the Ferrari 328 GTS was the successor to the well received Ferrari 308 GTS. It shared much with the outgoing 308 model, sharing the same body and mechanicals. The 328 was essentially an evolution of the 308 line, the distinctive Pininfarina wedge design was softened with the addition of colour coded and more rounded front and rear bumpers. The popup headlights were moved higher up the wings and slotted vents were added to the bonnet. Power was supplied by an updated 3.2ltr V8 which produced 270BHP, an increase of 30BHP over the outgoing 308 engine. The V8 was mated to a five speed transmission with power of course being sent to the rear wheels.

Like the 308, the 328 GTS had a Targa top which could be stored behind the seats, giving buyers that wind in the hair experience. Also offered at the same time was the 328 GTB which had a fixed roof.  The Ferrari 328 would go on to sell over seven thousand examples in its four year life span and is considered to be the most reliable Ferrari ever built.

Coming up at Silverstone’s Auctions 25th July sale is a 1987 Ferrari 328 GTS. It has had three owners from new and has covered over 41,000 miles. The car is described as having a superb service history having recently undergone a £2,500 recommissioning with Ferrari specialists Dave Walton. Works included a full service and cam belt change, new front disc brakes, new brake pads all round along with new brake hoses and a new clutch and oil seal. The suspension also received new anti roll bar mounts. It is finished in the classic Rosso red with a crema leather interior. It comes with a new MOT which expires in June 2016.

The Ferrari 328 GTS is one of the most iconic and recognisable Ferrari designs of all time. For many enthusiasts, it is “the” Ferrari, its low wedge like profile and side air scoups defining what a supercar was supposed to look like. It continued the successful 308 format, but with subtle tweaks that gave it a more contemporary feel. And it had of course the incredible sounding V8 soundtrack.

This particular 328 GTS presents well. The Rosso paint has a nice shine to it and the crema interior looks very clean. No photos are provided of the drivers side of the cabin so we can’t tell if the drivers seat bolster has suffered from the usual entry/exit wear. The classic Ferrari star shaped concave alloys look like new, from a distance. While the cars exterior presents well, the engine bay is a bit of a let down. It really needs a good detailing and we’d restore the worn red paint to the injection cover. Details like this might not be a deal breaker but we would expect the bay to be a bit cleaner on a Ferrari.

A glance over the service history suggests this 328 hibernated for six years. Like any car, Ferrari’s don’t like to sit idle but the recent full service by a specialist is a reassuring bonus for the prospective buyer. While service and maintenance costs are expensive, the 328 does benefit from not needing to have the engine removed for servicing. Which is another plus.

Overall we think this Ferrari 328 GTS looks an interesting prospect. With the Italian marques models starting to rise across the board thanks to the halo affect from the top end market, this 328 looks to be good value with its £40-50,000 estimate. Much more so than the other 1989 328 GTS offered by Silverstone Auctions in the same sale. That car has an estimate of £120,000 – £150,000 and has covered a mere 1,669. And it was once owned by Mohamed Al-Fayed, former owner of Harrods. Our pick is not in the same league but as a result it is substantially cheaper.

As a potential investment we’d want to check the bodywork is in good order and that it comes with original items such as the owners manual, toolkit, targa top bag etc (the listing doesn’t mention these). Having had a full service and with a long MOT, the new owner has peace of mind that all the mechanicals have been checked over. This Ferrari 328 GTS is ready to drive and enjoy and with only 41,000 on the clock, this one begs to be driven with the roof off and that V8 singing! We are sold on that idea!

More details on this Ferrari 328 GTS and the Silverston Auction on the 25th July can be found here.