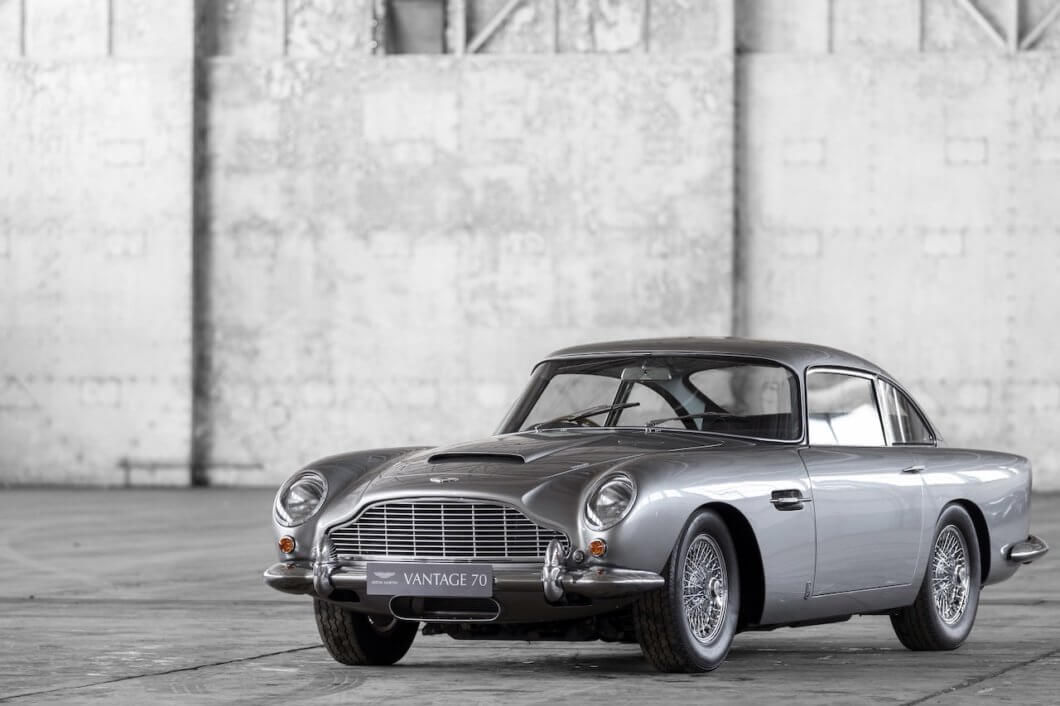 2020 marks the 70th anniversary of one of the greatest names to be associated with Aston Martin, the Vantage. Since the very first Vantage appeared alongside the Aston Martin DB2  in 1950, more than 36,000 cars have been blessed with the legendary name. Indeed the Vantage family of models includes some of Aston Martin’s most successful and desirable sports cars. As the firm gears up to mark the anniversary, lets take a look at some of the finest models to be associated with the great Vantage name.

The word Vantage first appeared in 1950 with the debut the Aston Martin DB2 with the special Vantage specification. The name stood for an uprated 2.6-litre Lagonda engine, which used larger SU HV6 carburettors and a higher 8.16:1 compression ratio. This raised the standard DB2’s 105bhp to an impressive 125bhp.

Approximately 250 of these special DB2 Vantages, both saloons and drophead coupes, were manufactured at the firms then factory in Feltham, Middlesex.

The Vantage name continued with the DB4 Series IV in 1961. The heart of this Vantage was the ‘Special Series’ engine which featured triple SU HD8 carburettors, revised cylinder heads with bigger valves and a higher compression ratio. The Tadek Marek-designed 3.7-litre aluminium straight six produced 240bhp in standard twin carb guise. The Vantage version however produced 10% more power, coming in at 266bhp.

The launch of the DB4 Series V Vantage in 1962 set the foundations for the most famous Vantage of them all, the DB5. It was of course a DB4 Series V Vantage, effectively a prototype DB5, that was used in some of the filming for Goldfinger, which went on to create an automotive legend of the screen. Around 135 of these Vantages left the new Newport Pagnell factory in Buckinghamshire.

The iconic DB5 debuted in 1964 and of the of total number of 887 4.0-litre models built, just 68 saloons were fitted with the optional Vantage engine. The upgrade treated buyers to triple Weber carburettors which meant the DB5 Vantage was good for a potent 325bhp.

The DB5 Convertible was also offered with the Vantage engine. A total of eight convertibles out of the 123 were built, making it one of the rarest Vantage engine Aston Martin’s.

The introduction of the DB6 Vantage Mk1 and later the Mk2 followed the same tried and trusted upgrade formula as its potent predecessors. It was powered by the same 4.0-litre straight six as it’s DB5 predecessor and produced the same 325bhp.

The DB6 was also badged as a Vantage and was treated to a discreet one which was added to the distinctive side strakes.

The arrival of the new Aston Martin DBS in 1967 heralded a revolutionary jump for the British marque. Gone was the familiar profile of the previous DB generations which was replaced by a modern angular shape. Styled by William Towns, the DBS was fitted with the Tadek Marek designed six-cylinder 3,995cc engine. The DBS Vantage boasted revised camshafts to boost performance due to the increase in weight.

In April 1972, a revised DBS was introduced with two headlamps rather than four. Just 70 AM Vantage examples were made and it was unique at the time for being the least potent offering in the Aston Martin model line.

When the V8 Vantage was introduced in 1977 it was hailed as “Britain’s first supercar”. It could outrun a Ferrari Daytona in the 0-60 mph sprint, and it could hit a top speed of 170 mph. It shared the same engine as the Lagonda luxury saloon, but used high-performance camshafts, an increased compression ratio, larger inlet valves and bigger carburettors mounted on new manifolds for increased output to 300BHP. Later revisions saw power climb to a mighty 380BHP.

The V8 Vantage evolved significantly over the course of its three decade reign, which only ended in 1990 with final deliveries of the last 5.3-litre ‘X-Pack’ car. It even provided the basis for the super rare V8 Vantage Zagato which was considered the jewel in Aston Martin’s crown.

The 1990s saw the British marque continue with the muscular theme with the launch of the Aston Martin Virage. The Vantage version was powered by a 5,340cc V8 which was fitted with not one but two Eaton superchargers. This took power levels to a whopping 550BHP, making the Supercharged Vantage one of the most powerful cars in world.

The DB7 V12 Vantage made its debut at the Geneva Motor Show in 1997. Penned by Ian Callum, it boasted a 5.9-litre, 48 valve, all-alloy, V12 engine that delivered 420bhp. Developed in close co-operation with the Ford Research and Vehicle Technology Group and Cosworth Technology, the V12 was good for 0-60 mph in 5.0 seconds and a top speed of 184 mph.

Total DB7 V12 Vantage coupe production numbers reached a staggering 2,091 cars, which, together with the Volante and GT was a record for any Aston Martin model at the time.

In 2003 the world got its first glimpse of the AMV8 Vantage Concept which was then followed two years later by the production V8 Vantage. Based on the VH architecture which was first seen on the DB9, the new model was fitted with the brand new 4.3-litre quad cam 32 valve V8 engine which produced a respectable 380bhp.

The V12 Vantage arrived in 2009 and offered Aston Martin fans an all alloy 5,935cc V12 engine that developed 510BPH. The later V12 Vantage S saw power figures climb further to 565BHP. It offered a blistering 0-60 mph time of 3.5 seconds and a top speed of 205mph making it the fastest production Aston Martin at the time.

The latest generation Aston Martin Vantage debuted in 2017. The cutting edge and aerodynamically styled two seater is based on the firms latest platform and features a 4.0-litre twin-turbocharged 503bhp V8 engine. This delivers a brisk 0-60 mph time of 3.5 seconds, and goes on to a top speed of 195 mph.

The latest generation Vantage is also the first Aston Martin production car to include an electronically controlled differential with torque vectoring, dubbed the E-Diff, and is built around the same all-new DB11 bonded-aluminium platform.

The legendary Vantage name continues to be associated with the finest road going Aston Martin’s, drawing on its rich heritage and pedigree, with each iteration continuing to develop and evolve the great British sports car concept. Long may it continue!