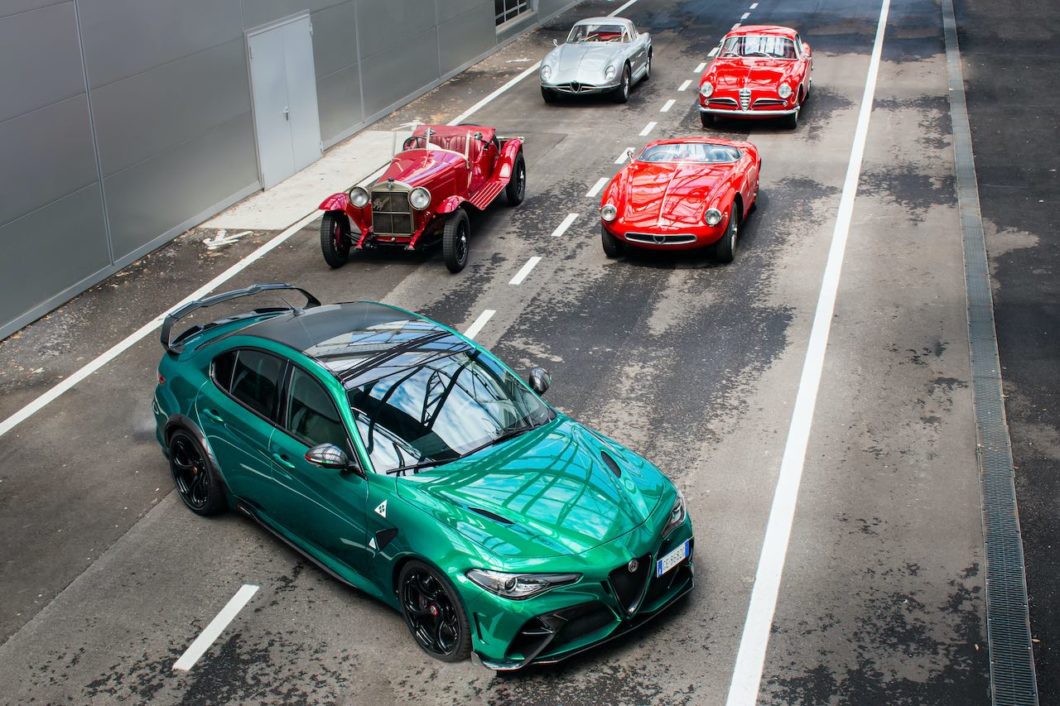 The 39th re-enactment of the “Freccia Rossa” or the “Red Arrow”, famously named by Enzo Ferrari as the “most beautiful race in the world”, gets underway in Brescia today the 16th June. This year’s 1000 Miglia will see 400 priceless vintage and classic cars taking part, with as many as 121 wearing the badges of Alfa Romeo, Fiat and Lancia.

The part race and part adventure, the highlight of the historic racing calendar in Italy, will see the cars and their drivers set off from Brescia today, before returning once again in 3 days time after visiting some of the most evocative locations in Italy.

At the starting line will also be the multiple titleholders Giovanni Moceri and Daniele Bonetti in the Alfa Romeo 6C 1500 Super Sport, who won the 2019 edition in the same car.

Completing the line-up in the very rare 2000 Sportiva are Alberto Vassallo and Giovanni Bianco from the Car & Vintage digital platform, along with the crew made up of Roberto Giolito, Head of Heritage, and the TV presenter Camila Raznovich, in the 1900 Sport Spider barchetta. These 4 stunning models are all veritable automotive works of art and belong to the Heritage collection, the department focused on the safeguarding and promoting the historic heritage of the Alfa Romeo, Fiat, Lancia and Abarth brands.

All eyes will be on the stunning 1928 Alfa Romeo 6C 1500 Super Sport, with bodywork by the Farina workshops. A similar version won the 1928 1000 Miglia with Giuseppe Campari and Giulio Ramponi. The model in the race aims to replicate its 2019 triumph in the historical re-enactment of the 1000 Miglia. This stunning car from the Museo Storico Alfa Romeo also won the 2005, 2007 and 2008 editions. In 2007, it also took victory in the “1000 Millas Sport” in Argentina, a success repeated in 2008.

The sensational 1928 6C 1500 Super Sport features a 1487-cc 6-cylinder engine, delivering peak output of 76 hp at 4,800 rpm and reaching a top speed of 140 km/h. Thirty-one of these cars were built between 1928 and 1929. Running the race under number “37”, the 6C 1500 Super Sport will be driven by Giovanni Moceri, former Italian champion in the Grandi Eventi ACI Sport and winner of the biggest historical regularity races in Italy, with Daniele Bonetti alongside him.

Further adding to the occasion is the fact that Alfa Romeo will soon be celebrating its 111th anniversary. The brand was founded on June 24th, 1910 and will be highlighting the current Giulia saloon and the Stevlio SUV at this years Mille Miglia. Thirty models of the two cars will be visible throughout the procession of the 1000 Miglia, with a Giulia and a Stelvio in the Quadrifoglio specification being used as the competition’s official pace cars.