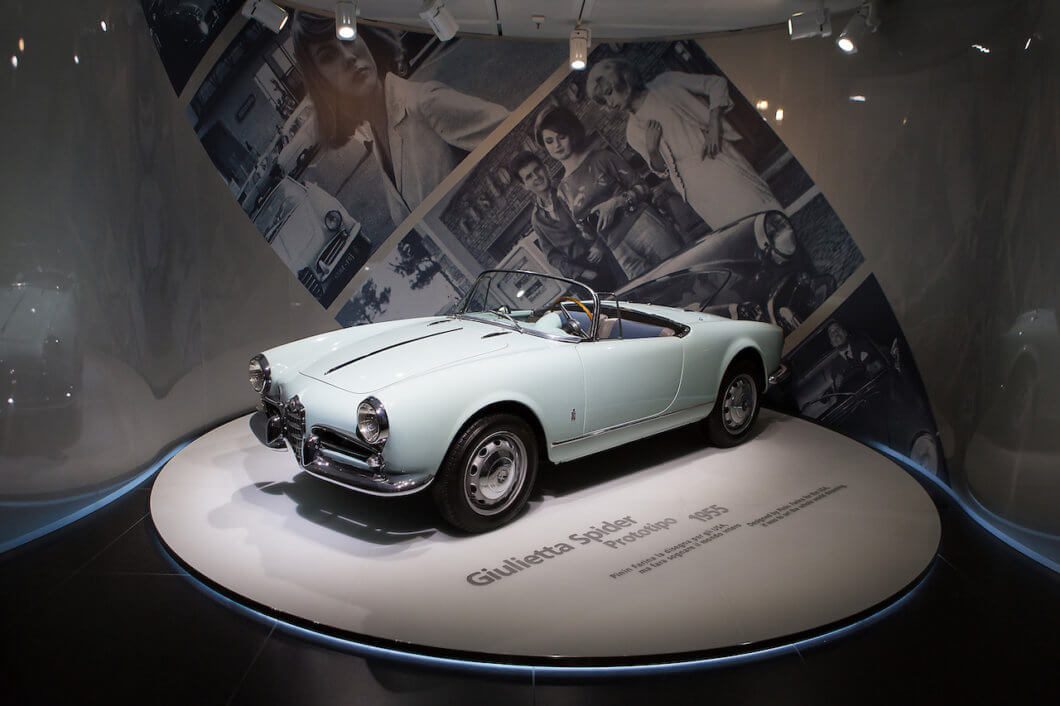 Commemorating a milestone that very few automakers can match, Alfa Romeo celebrated its 110th anniversary on Wednesday 24th June, with the reopening of its historic museum in Arese, Italy. Alfa now invites fans from around the world to see new sections of the museum, enjoy exclusive video content and join the celebration festivities online.

The Alfa Romeo Museum, the hub of the celebrations

Located in Arese, on the outskirts of Milan, the Alfa Romeo Museum is a wonderful collection that houses more than 200 historical vehicles, making it the natural venue to celebrate the brand’s 110th anniversary.

As a special gift to all the “Alfisti” around the world, Alfa Romeo now opens the museum’s previously private collection storage areas to the public, inviting visitors to enjoy an additional 150 cars, plus trophies, artwork, and engines for road, air and marine mobility.

The collection is divided into 18 themed zones, ranging from the brand’s earliest cars, such as the 20/30 ES, to Formula racers, with Formula 1 and Formula Indy models among them.

Further highlights of the collection include:

Last but not least, the collection houses notable powertrains, including the 4C 1500 from the 1930s and the Formula 1 Turbo 415Ts.

Alfa is also offering a virtual tour of the museum through a series of videos produced to commemorate this remarkable event. Titled “A Tour of 110 Years”, the video series includes:

Farina and Fangio to Räikkönen and Giovinazzi

Alfa Romeo was the manufacturer that won the very first Grand Prix race and the inaugural edition of the Formula 1 Championship in 1950, with Nino Farina on board an Alfa Romeo Gran Premio Tipo 158 “Alfetta.” That triumph was repeated in 1951 by Juan Manuel Fangio in the Alfetta 159. This goal to obtain the ultimate motor racing prize continues, so it’s only fitting that the day featured special greetings from Alfa Romeo Racing ORLEN F1 drivers – world champion Kimi Räikkönen and rising Italian talent Antonio Giovinazzi.

A story linked to a nation

As part of the celebrations, the museum unveils the new “Alfa Romeo in Uniform” section, dedicated to the cars of the Carabinieri, the national police force of Italy. This exhibition is testament to the historic relationship between Alfa Romeo and the police force, which has long enlisted the most significant Alfa Romeo models.

From the Carabinieri’s 1900 M “Matta” that won its category in the 1951 Mille Miglia to the legendary Giulia, the most iconic of the “Gazzella” models, plus the 75, the Alfetta Alfa 90 and a rare Giulia Giardinetta, the museum’s new “Alfa in Uniform” section tells the story of the cars, the trims and the eras that have marked Italian history.