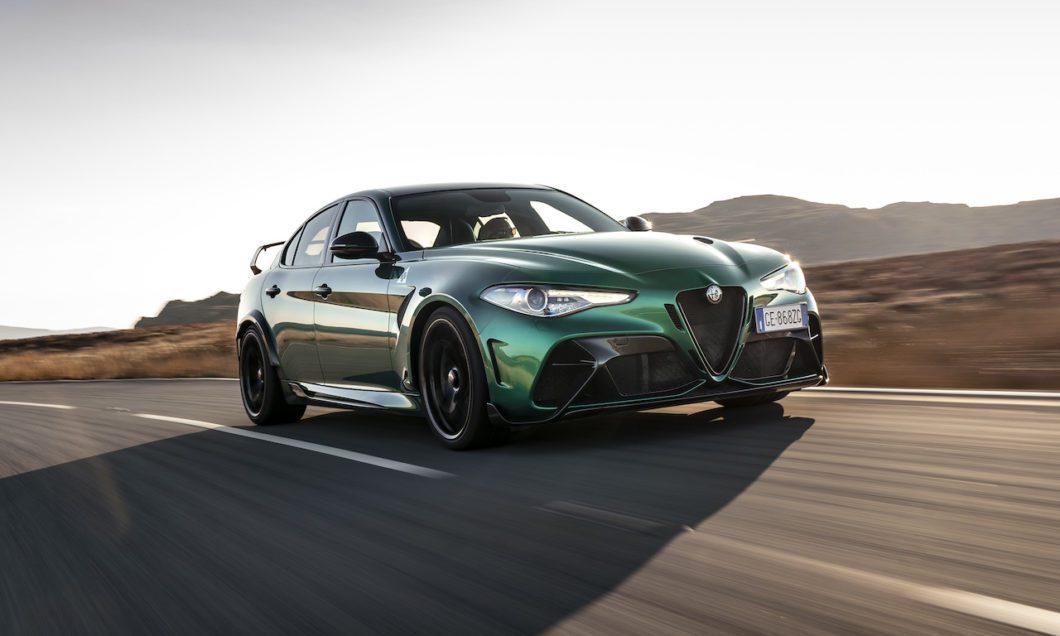 Alfa Romeo has announced that its new Giulia GTA, the ultimate homage to the original 1965 Giulia GTA, has officially sold out. Unveiled to the worlds press at the Balocco Proving Ground in May this year, the performance icon was limited to 500 units, all of which have been snapped up by customers all over the world. Significant numbers are destined for owners in China, Japan and Australia, making it a commercial success on an international level.

When the Alfa Romeo Giulia GTA was first announced, it was immediately clear that the hyper saloon was destined for collector status. Not only is it the most powerful car ever produced by the brand, it paid tribute to the marques rich motorsport history and also Alfa Romeo’s landmark 110th anniversary.

All 500 units have been sold to customers from all over the world, including significant numbers from China, Japan and Australia, making it a commercial success on an international level.

The 21st century GTA project was inspired by the groundbreaking 1965 Giulia GTA. Developed by the Autodelta Racing Team the 1965 GTA at Balocco, a team of mechanics worked overtime on a project that made an iconic car a true track vehicle. Similarly, the team that created the present-day Giulia GTA worked on the project in an unconventional way, aiming to bring back to life a memorable chapter in the glorious history of Alfa Romeo.

The engineers and mechanics developed the project, which they codenamed ‘the Monster’ – in the very same places where the 1965 Giulia was crafted. In honor of that heritage, the GTA proudly bears the same historic Autodelta badge. The original Giulia GTA was limited to 500 units, the number required for type approval as a sports car in the Group 2 Turismo class, and the same number of exclusive units are now reserved for the brand’s true fans.

One of the primary focuses of the GTA project was ‘alleggerimento’ or lightening, with the teams working on specific design cues for both cars, including the handles, windows and wheels. The latter made of magnesium alloy in the 1965 GTA, its present-day counterpart boasting a specific design and a single locking nut inspired by Formula 1– a unique solution among on-road saloons.

Of particular note are the lightweight materials used in the bodywork to reduce the GTA’s overall weight. Peraluman 25 was used in the 1965 GTA, with the 21st century saloon making extensive use of carbon fibre.

The new GTA also benefited from revised aerodynamics, with the addition of air intakes to both models. This field was only in its early days in 1965, while today’s GTA has benefited from the collaboration with Sauber Engineering and its 50 years of experience in motorsport, an active participant in the design, prototyping and production of the aerodynamic components, thanks to its own wind tunnel – one of the most advanced in Europe.

One last connection between the two models is the support provided for the project by professional drivers: the drivers Teodoro Zeccoli and Andrea de Adamich, whose greatest successes were in the Giulia GTA; and the two Alfa Romeo Racing ORLEN F1 drivers Antonio Giovinazzi and Kimi Räikkönen, who played an active role in track testing sessions, during which they provided invaluable indications, especially on the car’s aerodynamic components and handling.

The consistency of work with the past has thus made it possible to maintain a specific feature that has always been the hallmark of an Alfa Romeo creation: functional beauty. The car’s style must correspond to an overarching beauty, to transcend the passing of time, while maintaining functionality to the advantage of aerodynamic and mechanical efficiency, skillfully combining form and function, which is fully epitomised in the new Giulia GTA.

Alfa Romeo will be opening a reserve list for any customers still interested in purchasing a Giulia GTA, which will be fulfilled in the light of any cancellations. To register interest visit the Alfa Romeo website.