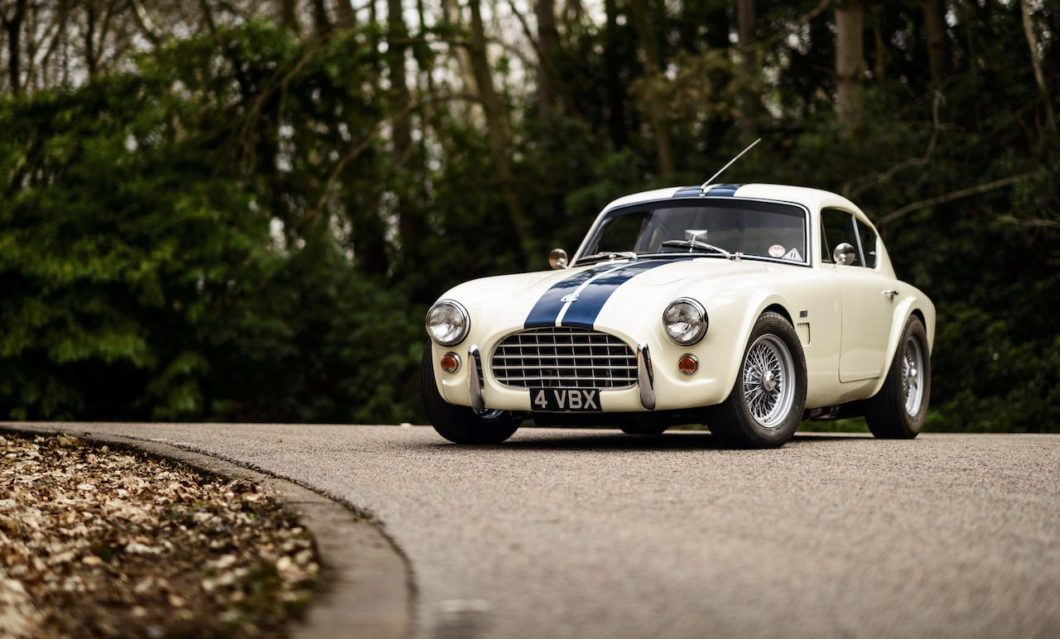 Historics Auctions first sale of 2022 takes place on Saturday 12th March at Ascot Racecourse, with an enticing selection of 172 classics crossing the auction block. Some of the stand out cars that caught Take to the Road’s eye include a very unique 1972 AC Aceca Cobra Coupe and a super rare 1993 Jaguar Lister XJ12.

Take to the Road is no stranger to the venerable and often maligned Jaguar XJ40 platform, having owned a rather nice Sovereign back in 2016 during the models 30th anniversary year. Apart from the more sporty Supercharged XJR versions, the absolute holy grail of the XJ40 series was the Lister XJ12, which today is about as rare as hens teeth.

If the range topping XJ12 from the Jaguar factory wasn’t enough for the discerning driver who wanted something a bit more special, Lister offered a comprehensive series of upgrades. These included a special twin supercharged engine that cost £28,350, all round Brembo brakes upgrade for £7,645 and retrimmed front seats at a cost of £3,950. Modifications to the exterior included a Lister body kit at £6,035, which was finished off with a set of Lister 18-inch wheels at £5,888. Which made for an eye watering total of £51,868 in 1993!

The former owner of the 1993 Jaguar Lister XJ12 being offered by Historics actually went much further and spent a staggering £69,389 on their bespoke build. It is thought to be the only one in existence in this specification and it was featured in the May 2009 edition of Jaguar World magazine.

Under the bonnet is the twin-supercharged V12 engine which is mated to a six-speed manual gearbox, a setup which certainly transforms the character and driving experience of the luxury saloon. The description notes that the engine burst into life when requested and sounds “delightful, courtesy of the sports exhaust”.

The black coachwork is described as being in unmarked condition, as is the sumptuous cream Connolly hide interior, which looks to be in excellent shape, no doubt a result of the cars very low 16,258 miles.

More details on the 1993 Jaguar Lister XJ12 can be found on the Historics website.

The other stand out consignment in the sale is the very special 1972 AC Aceca Cobra Coupe, which has been given a mighty V8 engine upgrade that transforms the British gentleman’s GT into a Cobra in all but name only.

When the AC Aceca was launched in 1954, it was hailed as one of the most beautiful British sports cars of its era. The closed coupe Grand Tourer was developed by John Tojeiro, who had been responsible for the successful Tojeiro/Bristol race car.

During the models nine year production run, it was powered by an AC 2.0 litre straight six, with a Bristol sourced unit also available. A Ford Zephyr sourced engine was also offered for the Aceca 2.6. While these powerplants were noted for their smooth delivery and distinctive straight six exhaust note, they never offered the Aceca the power that its sports car looks deserved. Which is where the 1972 AC Aceca Cobra being offered by Historics delivers quite the wallop.

This striking AC Aceca has been given quite the upgrade and under the bonnet resides a Steve Warrior 409bhp, Ford Boss 4948cc V8 engine topped by a four-barrel Holley carburettor. It also features a Mallory distributor with an MSD electronic ignition system. The transmission is a Richmond 4+1 five-speed unit, which should handle the 400+ BHP with ease.

The nod to the legendary Cobra continues on the exterior with Cobra Mk. II wheel arches, bonnet louvres and grills on the sides of the front wings, along with Cobra-style chrome front overriders. The off-white paintwork suits the curves of the Aceca, with twin Cobra-style racing stripes continuing the homage to the American muscle car.

On the inside much of the interior remains traditional British AC in style, with the exception of the Hurst Shifter which hints at the powerplant residing up front.

The listing states that the car “drives and performs exactly like a Mk. III Cobra, with precise handling and a smooth and even power delivery right across the band.”

The AC Aceca Cobra Coupe recently benefited from a bare metal repaint in the current colour scheme, along with a change of interior trim. The overall finish is said to be excellent.

Ever since the mighty AC Cobra was first unveiled, it instantly became a symbol of American V8 muscle. It also quickly became the most popular kit car of all time, with companies all over the world creating their own vision of the V8 powered sports car.

This AC Aceca is no kit car however and looks to be a superb re-imagination of what might have been, had the British GT stayed in production long enough to have received the powerplant is always deserved. One thing is for sure, this Anglo-American GT would be a superb machine for those sunny V8 powered blasts on the open road.

More details on the 1972 AC Aceca Cobra Coupe can be found on the Historics website.