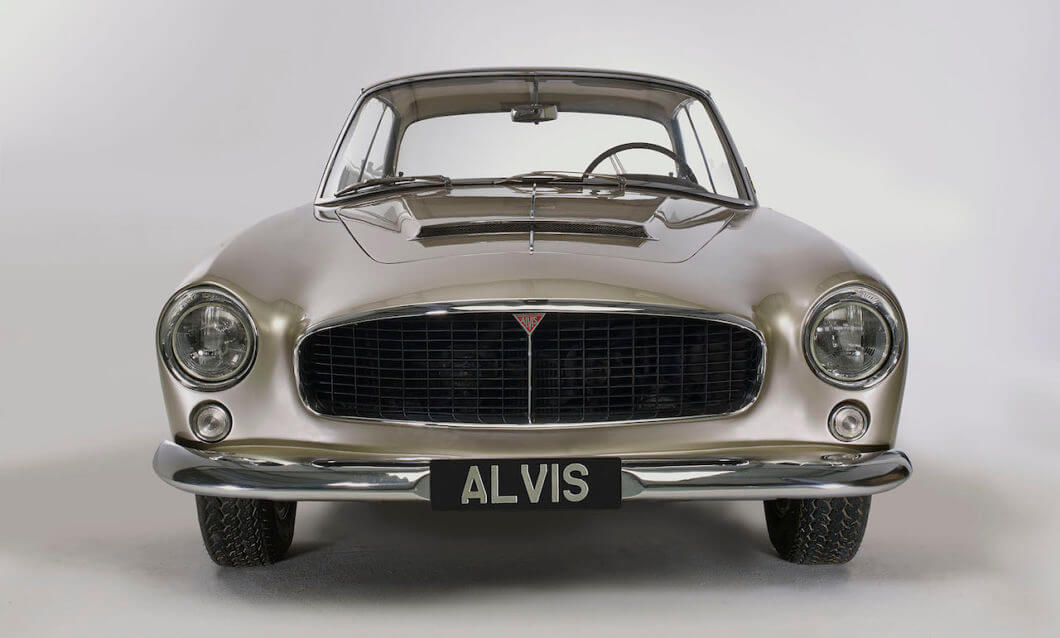 Alvis is one of the all time great British automotive companies. It is a name that stands for speed, elegance and innovation. When the company ceased car production in 1967 after its acquisition by Rover, the automotive industry as a whole lost not just a a great innovator, but also the manufacturer of distinctive and bespoke luxury touring cars. So when the reformed Alvis Car Company announced in 2015 that it was starting a new Continuation Series of some of the old firms greatest cars, the classic car world immediately sat up and took notice.

I personally have always had a soft spot for Alvis. Perhaps its the nostalgia for a marque that disappeared, only to later rise like a phoenix from the ashes. Perhaps its a little to do with an Alvis TD21 I knew of that sat rusting for decades outside a house near my home (a find I actually wrote about here). There is nothing worse than seeing an old classic neglected and for it be a rare Alvis T-Series coupe… well thats just criminal really. So when I got the press release that the Alvis Car Company would be showcasing their limited edition continuation series at the 2017 London Classic Car Show (which can be found here), I was more than a little impressed. Avis really is back!

The number of classic car continuation series on offer has risen in the past few years, driven by a desire for a modern take on iconic classics. Eagle of course have their take on the iconic e-Type, Jaguar themselves announced a limited production run of the legendary XKSS racers and Aston Martin will be building a special continuation of the splendid DB4 GT. So you could say that the phrase “continuation” is certainly in the air at the moment in the classic car world. And the Alvis Car Company is claiming a slice of the action for itself.

The new Alvis 4.3 Litre Continuation Series celebrates the firms sporting hey day of the 1930s, with customers able to choose from a Vanden Plas Tourer, a Bertelli Sports Coupe and a Lancefield Concealed Hood. All use a hand built Alvis 4387cc in-line six cylinder engine with the added benefit of fuel injection and the Alvis engine management system. Thanks to the wide choice of options, all cars can be bespoke designed for the customer, depending on their requirements.

Also available is the Alvis 3 Litre Continuation Series which is based on the original 1950s T Series grand tourers, specifically the model that sported coachwork by Graber of Switzerland. Customers can choose either the Alvis Graber Super Cabriolet or the Alvis Graber Super Coupe. Both are powered by the Alvis 2933cc in-line six cylinder engine (which is good for 170BHP). It is worth noting that all of the Continuation Series models feature a fully galvanised chassis and all aluminium over ash frame coachwork, utilising traditional methods as Alvis did back in the day.

The models that stand out for me are the Graber Super Coupe and the Graber Super Cabriolet. Both are absolutely exquisite automobiles. Swiss coach builders Graber enjoyed a fruitful twenty year period with the British midlands firm, supplying it with bespoke and rather elegant bodies for its cars. The original Graber bodied Alvis TC 21/100 “Grey Lady”, which was presented in 1955, laid the foundation for the T-Series coupes and cabriolets.

The original 1967 Graber Super Coupe itself is the basis for the new Continuation Series and the Alvis Car Company could not have picked a more exceptional model to revive. It encompasses all you could ask for in a sports tourer. It has the unique and rare Graber inspired coachwork, a luxurious interior and a silky smooth 3 litre straight six. It is the ultimate homage to the red triangle and generations of it’s innovative and bespoke automobiles.

And this is why there has never been a greater period for classic cars. Their popularity is still rising and an ever growing market has emerged to supply pretty much every need and desire for the discerning enthusiast. Engineering standards have never been better and the skills and expertise are there to hone and improve the classic car experience. As a result I feel that the time is right for Alvis to introduce its Continuation Series. Each model they are building is special and carries with it a historical significance that harks back to the glory days of the original firm. There is also heaps of nostalgia attached to it and the famous red triangle. For me the star of the show will undoubtedly be the Graber Super Coupe. It really is a stunning motor and I am looking forward to seeing it in the flesh at the London Classic Car Show.